Love’s Labor Lost: Those Who Prey on Love 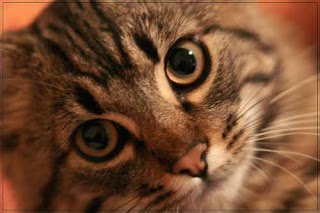 Oh, brave new world that has such people in it!—Miranda in “The Tempest” by William Shakespeare
Many of us, particularly in North American and European cultures have decided to bring a friendly animal into our lives and households: either a dog or cat or other furry creature that draws out our affections and unconditionally provides us with so much more back. There is a catch, though. And a cost.

I’ve shared my home with a cat (or two) since the late 1980s…not the same one; each has passed on and a new one has come into my life, filling my heart with joy. My previous two cats lived 19 and 18 years before passing on. My current cat is a healthy eight years old. When my son and I brought him home from the adoption centre, we had tacitly agreed to take responsibility for his welfare. We fed him, took him to the vet for his annual check-up and provided him with our unconditional love. He loved to go outside and we let him, knowing full well that there were dangers from predators (e.g., coyotes and eagles hunted near our place) other cats and accidents with cars etc.
My philosophy behind this was to respect my cat, who deserved to live the life he was born to live. If it was cut short by some accident, so be it, I thought; he’d lived it to his fullest. I refused to “clip his wings”. However, I did insist on keeping him inside at night, which reduced his chances of finding mischief.

He still managed one time to find his way inside the hood of a car and almost got himself shredded to death. Luckily, somehow, he got out with just a few injuries. I took him to the vet right away, who him stitched up. I didn’t have to think about the decision to have a vet intervene. My love was enough. I paid the fee and my cat came home, a better and hopefully wiser cat.

Today, my good friend’s cat died. The cat died in her arms on the way to an animal hospital.

Previously, my friend had taken this same cat to the local vet because the cat had become listless, had stopped eating and had grown weak. The vet referred her to an animal hospital, which charged a “bed” fee of over $1,000 per day. This is, apparently, quite normal for an animal hospital.

I came along for compassionate support. When we entered the hospital, I was struck how fancy it was. It reminded me of a lawyer’s office. Original artwork lined the walls of the clean high-ceilinged reception area. Large plants decorated the waiting area and a coffee machine brewed on the side. Our reception, though, was coldly calculated and lacked any compassion; without a glance at the sick cat, the receptionist inundated us with additional forms to be filled out in triplicate regarding items they already knew from the documents from the vet clinic (“We just want to hear your version,” was the explanation.) The doctor treated us like children.

Then, it came to me that the place’s similarity to a lawyer’s office wasn’t coincidental; this establishment was obsessed with liability. The forms were clearly and deliberately aimed to protect them from any kind of law suit. It was all part of an elaborate “machine brain” of efficiency. But where was the heart?

The hospital kept the cat there for several days as they subjected her to tests. Then, without prior consent, they decided that exploratory surgery was in order and proceeded without telling my friend until after; although they were quick to charge her. The exploratory surgery turned out to have negative results. But, they weren’t finished; they amended their prognosis and wanted to continue with other tests. But my friend had had enough; she had to fight to get her cat back (they wouldn’t release the cat until she had paid the full amount). She’d paid them thousands of dollars for basically nothing; except additional trauma to the cat and to the owner. And all this without apology or compassion.

I was appalled. By all rights, this should be one of the most compassionate professions and pursuits in our society: helping the animals who cannot speak for themselves and for whom we have accepted responsibility by taking them into our own environments.

Instead, I see an entire industry devoted to taking advantage of someone else’s heartache and love. This is brutality and deception of the meanest sort. And its casualties are the truly innocent: animals and those who love them. I feel like my humanity is betrayed. Surely we are more than this…

Ironically, one of the plaques that stood on the counter of the reception area read: “Be the kind of person your dog thinks you are.”

It is appalling how cruel some people are to animals, yet there are others that are quite willing to pay a lot of money for the medical treatment they need. Who would have thought it is the same race?

Pass my condolensces on to Dar. I'm so sorry to here about her cat and after all the drama, trauma and expense...I'm sure she is heartbroken...Yes, I would agreed that the animal hospital did not have the care of its 'patients' as it's first priority - money and lawsuits spring to mind....pretty sad.
I know my cat thinks of me as the 'go-to' person when she is in need and so I take on the responsibility of her care quite seriously.

Isn't allowing cats to go outside a form of cruelty? They're subject to parasites, disease, painful death.

On top of that they take an enormous toll on bird populations that are already under stress from habitat loss, pesticides, loss of migration stopover points and increased mortality due to city structures/lights. Many of our bird populations have declined by 80%, and free ranging cats are responsible for some of that decline.

The argument goes that cats are a natural part of the ecosystem and therefore deserve to be outside. I believe this argument to be incorrect because we intervene whenever cats are sick or hungry.

In a natural system if prey drops below a certain level so does the population of their predators. If predators are too numerous disease and starvation will cull them.

However, what do we do with cats? If they're sick or hungry we take them to the vet or put out food or milk for them. We bypass the check that would reduce cat populations when their prey (the birds) drops below a certain amount; and we inoculate them and treat them to prevent the spread of disease.

Therefore, bird populations continue to decline but cat populations can actually increase contrary to any other wild/natural population, and they continue to wreak havoc on an already declining species (estimates are hundreds of millions of birds killed per year by both domestic cats alone).

Cats should be kept inside for the sake of other species like birds, not to mention the small mammals.

I'm not condemning you, Nina, but this subject has been on my mind the past two days. My friend showed me a bird his cat had killed. The cat was belled but it still caught this bird, which was a Wood Thrush. This bird has declined about 50% since the mid-1960s.

Our cat stays indoors except for going out on the enclosed porch, and it is healthy and a delight to be with. We let her chase a bunch of feathers on a string and she leaps all over the furniture till she pants for breath.

She is very athletic and muscular and doesn't seem to be missing free-ranging through the neighbourhood, getting into fights with other cats, coming back with infections and abscesses from bites (my first cat when I was a child ranged free and at least once a year he had to get his cheek abscesses drained). She's a lot less expensive to maintain without all those doc visits too. :-)

As an addendum to my last post, I had to cut it short because my friend (the one with the cat who caught a wood thrush) asked me to help him look for his cat. He'd let it out around supper time and it was getting dark and hadn't come back.

To make the story more poignant, my friend lost his wife last week (which is why I'm visiting for a few days, to help him with coping), and he was greatly distraught over the missing cat. There are a number of things that would eat the cat, and he was convinced it was somewhere hurt and struggling to get home.

So leaving a cat to wander and possibly get hurt, eaten as well as parasitized, diseased is not just stressful on the cat, but on the owners who worry about their cat.

This story ends on a happy note. After a few hours of on and off again searching, we finally located the cat at 11:00 p.m. by the dingling of her bell. She was fine and not hurt, and my friend was almost in tears he was so relieved. "I can't believe I've lost my cat and my wife in the same week!"

I know some wonderful vets; how shameful that a pet hospital would be so very cold and mercenary.

Thanks for all your comments and condolences. I will pass yours on to Dar, Margaret. Thank you.

Interesting comment, Jean-Luc. Yes, who would have thought they are from the same race...

The first picture, by the way is a very close resemblance to my friend's cat. She was beautiful.

Myrdinn, while I concede that some cats can be efficient predators of birds (mine have not been, by the way) scientific studies have shown that urban sprawl, fragmentation of forested ecosystems, the increase in motor vehicles and the related increase in roads, and the use of pesticides, fertilizers and poisons do much more damage to bird and small vertebrate species than do domestic and/or feral cats.

In addition, predators (like domestic cats) provide an ecological function in ecosystem regulation (in this case of small mammals and birds) by usually capturing the weak or sick animals and providing some element toward "natural selection" in a species genetic pool.

About that cat "hospital" that stiffed your friend: If I were in her position I would be posting an account of the episode (sans invective, but pulling no punches) on every halfway related blog.

It also occurs to me that a note to the Canadian equivalent of the Better Business Bureau, mentioning the detail of performing unauthorized procedures and charging for them, would be in order.

Of course, her priorities (and yours) may differ.

BTW: The verification word is "yedicat." :)

Thanks for your compassionate comments, Chris...Yes, I'd thought of a few of those excellent suggestions... and yet... it has its personal cost too (in extending the pain). We decided to let it be.

Excellent web page, I guess should you put up a few advertising you
would make tons of cash with it!