Writing About Truth…and Other Lies

So, what is it to write about truth?

Many of you are familiar with the term “write what you know”. I wrote an article on Scribophile about this topic.  In it I shared some excellent advice from Literary Agent Rachelle Gardner:  “Write what you know means write with authenticity about thoughts, feelings, experiences of life. Be honest. Write from a deep place. Don't write from the surface. Whether you're writing about parenthood or cancer or anything else... be real. Don't reflect what you know from other people or the media... write what you know from your own inner life.” The advice write what you know isn’t about literal truths; it’s about what you know inside. And as SF author Marg Gilks says, “You know more than you think.”
So, what is it to write about the truth?
Here’s a bit of truth from New York Times reporter Stephanie Strom in an article on September 19th, 2012, entitled Uneasy Allies in the Grocery Aisle: “Giant bioengineering companies like Monsanto and DuPont are spending millions of dollars to fight a California ballot initiative aimed at requiring the labeling of genetically modified foods. That surprises no one, least of all the proponents of the law, which if approved by voters would become the first of its kind in the nation.”
Let’s dig a bit deeper into this truth: “companies behind some of the biggest organic brands in the country—Kashi, Cascadian Farm, Horizon Organic—also have joined the anti-labeling effort, adding millions of dollars to defeat the initiative, known as Proposition 37.” 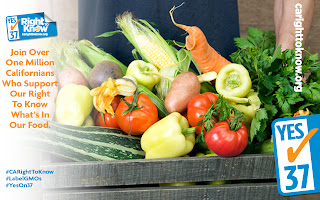 Strom reveals even deeper truths when she discloses that these well-known “organic” companies are owned by larger conglomerates like Kellogg, General Mills, Dean Foods, Smucker’s and Coca-Cola. Other food companies who have thrown in funds to help defeat the bill for transparency include PepsiCo., Neslé, and ConAgra Foods.
Strom reports that those who support the bill to label GMO products include Whole Foods, Nature’s Path (a Canadian company) Organic Valley, Cliff Bar and Amy’s Kitchen.
Whenever an issue of importance arises, the truth reveals itself. And sometimes in the oddest way. It often slides in through a back door in nuance, motion, color. I’m not just talking about factual truth; I’m talking about resonating hair-standing gut-grabbing truth. The kind of truth that resonates through you in a scintillating frisson that sparks of thrilling unfamiliar yet calms you with the warmth of home. The kind of truth that stops you mid-stride, like someone shouting your name. Subversive truth. The kind of truth that vibrates deep inside and radiates out in a warm flood of epiphany.  The kind of truth that stirs your heart in a relentless wave of flaming light.
At first glance it’s rather obvious why those fighting the bill are against it: they have something to lose in transparency. The question is, why do they think that way? These giant biotech food companies are feeding the entire world, after all, with revolutionary strains of super-plants. They are doing a great good, surely. Could it simply be a concern that they may lose some customers who do not wish to consume GE products but who are unwittingly doing so now? That is being dishonestly self-serving as well as short-sighted (the European Union has required biotech labeling since 1997—it’s just a matter of time).
Could it be the recent bad publicity from findings of the long-term effects of GMO products and Roundup on test animals? (See the incendiary paper by French and Italian scientists in Food Chem. Toxicol., referenced below).  Despite the barrage of bad press (wonder who’s behind most of that?), the paper’s results cannot be refuted entirely or ignored (if only from the basis of scientific inquiry and professional due diligence to do with Type II Error).
Or is it more insidious?
There is something far more insidious than a lie; that is to dissemble with a half-lie—or half-truth—a truth that veils a festering lie beneath its candy-coated mantle of equivocation. A “truth” so delicious that we want to believe it, even when we see the lie lurking beneath. Little lies always hide bigger lies.
For more than a decade, consumers in North America have purchased cereals, snack foods, and salad dressings, among other products, blithely unaware that these products contained ingredients from plants whose DNA was manipulated in a laboratory.
Here’s my witnessed truth: The aggressive multi-million dollar campaign waged by multi-national corporations against transparency in food labeling in the USA is the culmination of self-serving protectionism in a most heinous way. Their decade-long silence and current reluctance to label their products (and all this before the Seralini et al. study) points to a far greater lie.
Since the long-term toxicity study by Seralini et al. was released in Food & Chemical Toxicology last week, a massive campaign to discredit the study has been waged on the Internet. This despite the soundness of the 2-year study, its glaringly obvious results (e.g. test animals died 2-3 times more quickly than controls among many other findings) and the fact that it sets precedent by being the longest and most detailed study ever conducted on a herbicide and a GMO to date; all previous studies by Monsanto labs and others were only 90-day trials.
So, what is it to write about the truth? 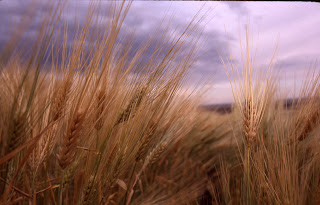 I’ve been a practicing scientist for over twenty years. I did research and wrote papers that were published in scientific peer-reviewed journals. I diligently used the scientific method, hypothesis-testing, objective observation and appropriate statistics to my work. I also write articles for magazines, blogs and places like this site. I write short stories and novels. I write how-to books and guidebooks. And I write letters. Lots of letters. In all this, I have made a point to do my research. I try always to go to the source and verify my information through cross-checking, and various other quality assurance procedures I learned over the years to best represent and communicate the truth.
For instance, in writing this article, I perused many articles that presented both sides of the several issues I covered, including the source paper by Seralini et al.
Science is the rationale tool for the pursuit of the truth. This is why scientists are burdened to proceed under an objective protocol in their premise presentation, experimental design, methodology and interpretation and conclusions drawn. Because the introduction of error and bias is possible in each of these steps, researchers with integrity ensure through design and quality assurance protocol that these errors and biases are minimized. This includes the use of contols, sufficient sample size and statistical power, blind or even double-blind experiments and more. Experiments are reported with sufficient transparency to be replicated (an icon of good science). Once they are reported in a paper, results transform from science into politics.
Science and its close cousin “pseudo-science” are the weapons waged in this issue of GMO food labeling. But science is just a soldier. Who are the politicians behind the soldiers of science and what are their motives? That is where the truth lies.
In the end, I have found that listening to the conviction of my heart, to my inner “soul wisdom”, best serves the truth. Then again I prefer the resonating hair-standing gut-grabbing truth.
You may be interested in a previous article I wrote here back in 2007 about the potential ecological dangers posed by GE practices, the wisdom of labelling GE products and Nature's alternatives to GE. Here is an excerpt:

While developers of genetically engineered foods (GEF) strive to produce hardier and higher-yielding plants, ecologists throughout the world eye transgenics skeptically. They fear that these genetically altered plants, may escape into the wild and displace native plants with unforeseen and potentially devastating results. Dr. Wes Jackson, director of the Land Institute in Kansas, a non-profit research facility devoted to alternative agricultural practices, warns that, if misused, biotechnology may lead to the human-induced degradation of the genomes of plant species. “What is being more or less ignored” in the rush to biotechnology, he said in an interview with the Chronicle of Higher Education, “is that some of the same principles and processes that govern an ecosystem, like a forest or a prairie, also operate with genomes. The genome is a miniature ecosystem.”1 Thinking along the same lines, Jane Rissler of the Union of Concerned Scientists of America suggested that transgenic science practices may release a seemingly harmless gene into our food supply with life-threatening consequences.

Growing knowledge of potential risks to ecosystem and human health is prompting many to insist that GEFs be identified and segregated so that consumers can make a choice for or against them. Which brings us to the obvious question: what alternative to the use of GEFs will we find to feed our ever-growing populations? Rissler advocates an alternative vision for agriculture, one based on nature’s own balance, which she calls “sustainable agriculture” or biomimicry.
Go here to read the entire article, "Biomimicy: Nature's Alternative to Genetically Engineered Foods".

If you live in California, or even if you don't, I exhort you to support Proposition 37 this November any way you can. Our freedom--and truth--is at stake.

Posted by Nina Munteanu at 1:15 PM

Dear Nina,
Thank you for raising the issue about truth. Far from it, as we know the truth can be stretch and distorted from the reality. Large companies like Monsanto have their interests in self and complete greed. They paint themselves one way while revealing another. This springs to mind the two-faced clown that changed it's political appearance to suit the need which ever way the wind blows. I thank you for advocating on behalf of all Canadians, the environment in quest for bringing back high standards, integrity and honor as it should be. I look forward to following up with you in your next post.

Thanks, Diva Cat, for your support and thoughts. Here are two more posts that should interest you on GMOs... Both about Canadian hero, Rachel Parent, 14 year old who has taken on the bully by the horns... We need more like her...