Snowpiercer and the Machine of Life 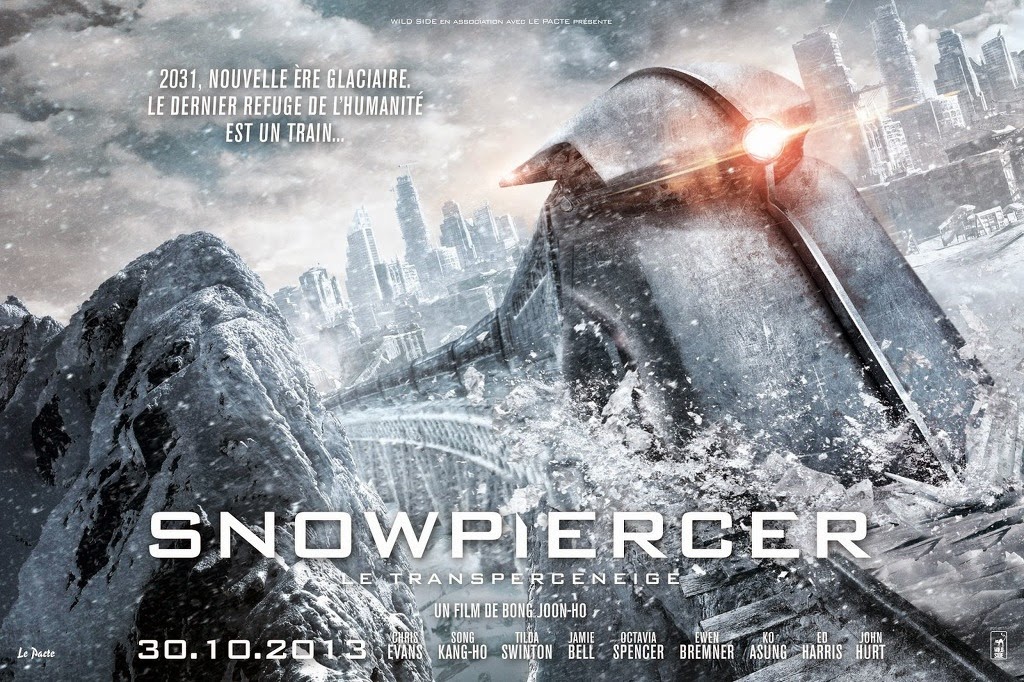 What’s left of humanity—after we broke the world—is crammed in a speeding train that circles a frozen Earth … forever.

Bong Joon-Ho’s motion picture Snowpiercer is a stylish post-climate change apocalypse allegory. A dark pastiche of surrealistic insanity, welded together with moments of poetic pondering and steam-punk slick in a frenzied frisson you can almost smell.  Joon-Ho casts each scene in metallic grays and blues that make the living already look half-dead. The entire film plays like a twisted steam-punkish baroque symphony. Violence personified in a garish ballet.

The train’s self-contained closed ecosystem is maintained by an ordered social system, imposed by a 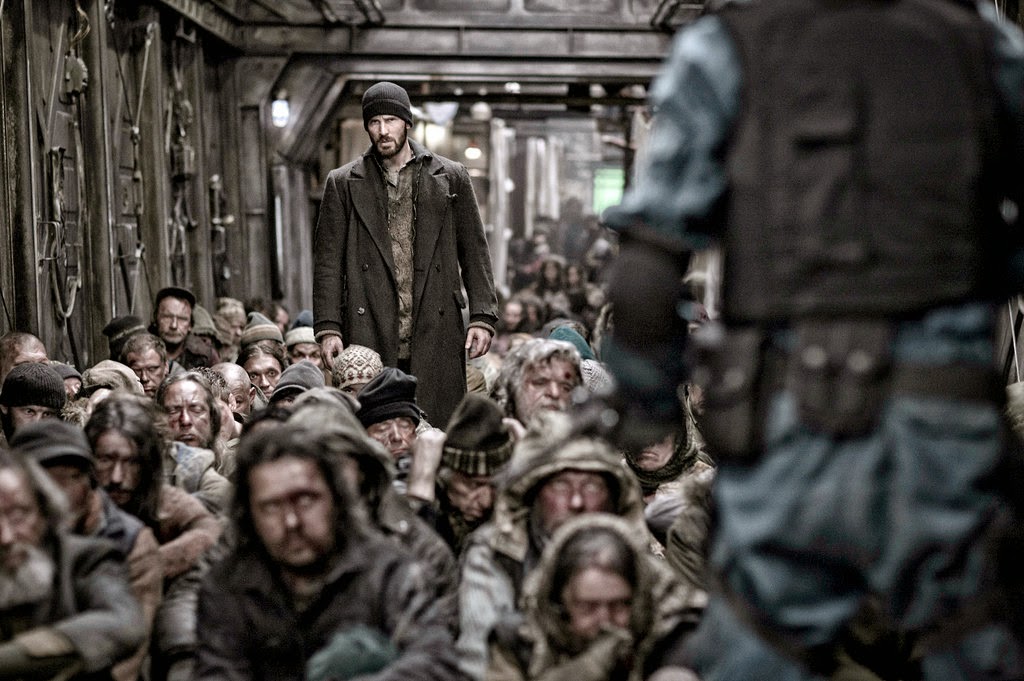 stony militia. Those at the front enjoy privileges and luxurious living conditions, though most drown in a debauched drug stupor; those at the back live on next to nothing and must resort to savage means to survive. This film isn’t about climate change—that’s just a plot point to serve the premise of a study on how society functions—or rather copes—within a decadent capitalist system, based on an edict of productivity: serve the machine of “life”. Satisfy the sacred machine at all costs; complete with subterfuge, oppression and references to cannibalism. Beneath the film’s blatant statement on the emptiness of the pursuit of capital at any cost lies a deeper more subtle exploration on the nature of humanity. Die to live or live to die?

In a recent interview with io9, Joon-Ho said, “the science fiction genre lends itself perfectly to questions about class struggle, and different types of revolution.” 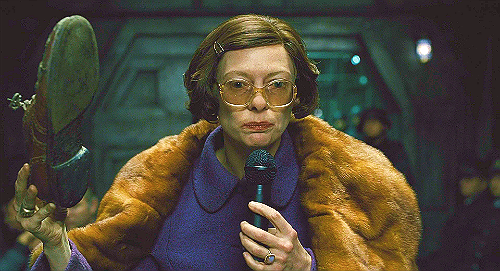 Revolution brews from the back, lead by Curtis Everett (Chris Evans), who confesses to a forced recruit, along the way, “A thousand people in an iron box. No food, no water. After a month we ate the weak. You know what I hate about myself? I know what people tastes like....I know that babies taste best.”

Minister Mason (Tilda Swinton), an imperious yet simpering figure who serves the ruling class without quite being part of it, reminds the lower class that:

When the foot seeks the place of the head, the sacred line is crossed. Know your place. Keep your place. Be a shoe."--Minister Mason

It's all about the engine for both front and tail. It saved humanity, after all. It is their future. Curtis tells his colleagues that they will move forward: "We take the engine and we control the world. It's time we take the engine."

“Reform and revolution are shibboleths that distinguish liberals from radicals,” explains Aaron Bady of The New Inquiry. “While liberals want to reform capitalism, without fundamentally transforming it, radicals want to tear it up from the roots (the root word of “radical” is root!) and replace capitalism with something that isn’t capitalism…If you’re the kind of leftist who thinks that the means of production just need to be in better hands—Obama, for example, instead of George W. Bush, or Elizabeth Warren instead of Obama, or Bernie Sanders instead of Elizabeth Warren, and so on—then this movie buries a poison pill inside its protein bar: soylent green is people.”

The train “eats” the children of the poor; using them to replace the sacred engine parts that have worn out in a kind of retro-transhumanist collaboration of human and machine and creating a perverse immortal cyborg entity. Only, the individual children die in the process and need to be constantly replaced to maintain the eternal whole. They have become cogs in a giant wheel of eternity.

Curtis’s revolution is doomed from the start; once he reaches the front, it is revealed to him that the entire conflict and resulting deaths were orchestrated all along to help maintain population balance. Wilford (Ed Harris), the genius who created the train with a perpetual motion engine, tells Curtis once they meet that, “this is the world…The engine lasts forever. The population must always be kept in balance.” Which begs the obvious question: why not just get rid of all of the lower class “scum” (as Mason calls them)? That would make room for the privileged. What purpose do these lower class serve? Well, aside from providing their children as parts to the sacred engine, they are there to be hated, feared and despised by the elite. When the soul is empty and needs “filling” but can’t be filled, then it finds a substitute.

Aaron Bady of The New Inquirer relates, “Instead of giving Texans a health care system, for example, late capitalism gives them the illegal immigrant, to hate, to fear, and to dis-identify with. Prisons do more and more of the system-maintaining work that was once done by schools and hospitals: instead of giving us something to want, they give us something to fear, hate, and kill. And so, we eat ourselves.” We die to live.

Wilford grooms Curtis as the new engineer and reveals to him the true nature of the engine. “You’ve seen what people do without leadership,” says Wilford to Curtis. “They devour one another.” This is dark irony considering what the train is doing. And it is when Curtis discovers this awful truth that his reformist revolution comes to a dead halt and he makes a decision that takes him into the realm beyond the train.

This movie is about hard choices and transcendence. … Save humanity, but at the consequence of our souls? Or transcend a machine that has robbed us of our souls at the expense of our mortality? The film continually questions our definition of what life is; what makes life worth living. 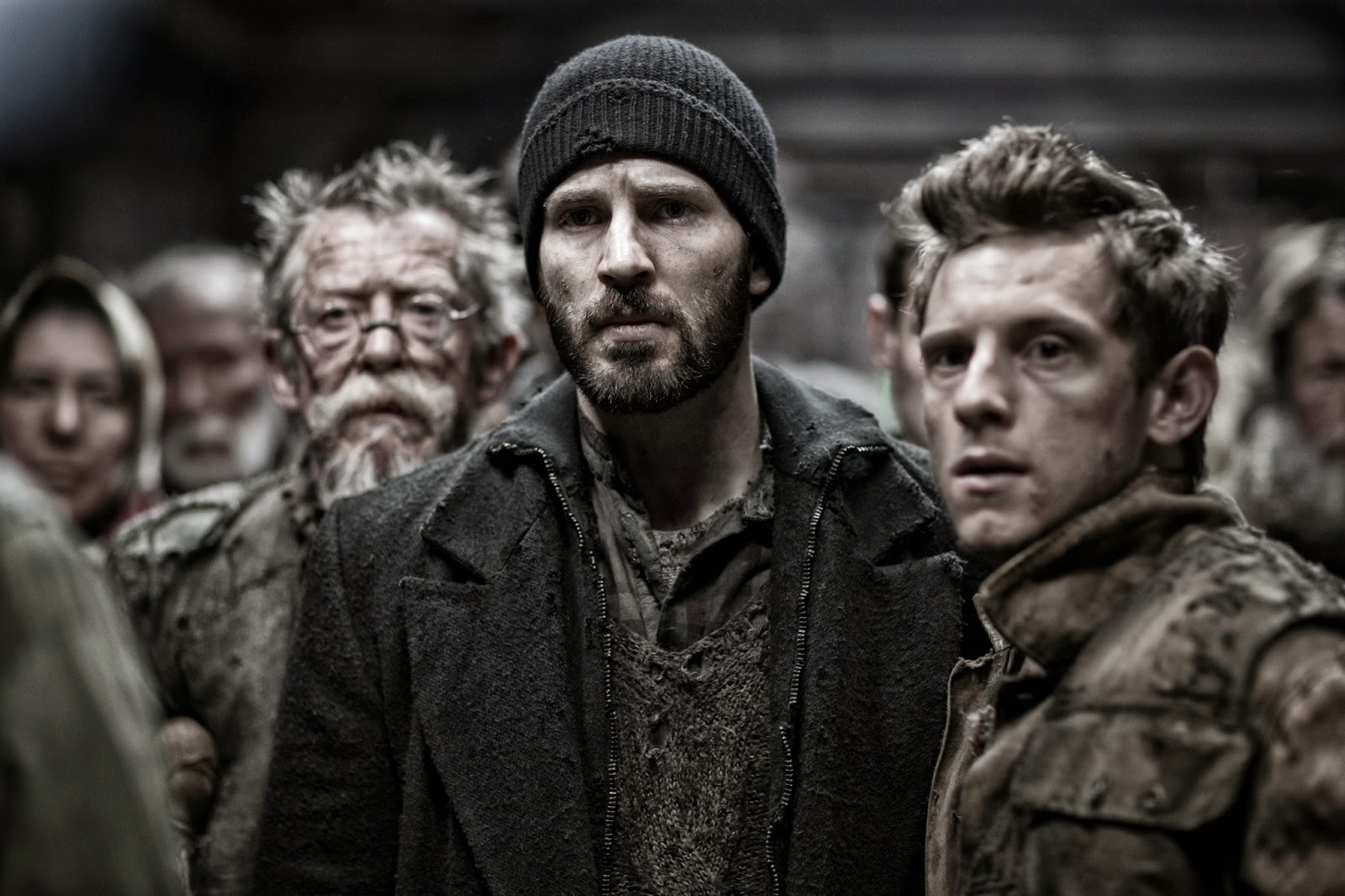 The film, whose script by Joon-Ho and Kelly Masterson is based loosely on the French graphic novel Le Transperceneige by Jacques Lob, graphically portrays the fecklessness of a reformist/revolutionary movement to transcend the decadent capitalist machine (the train). It begins with the adoption of a failing system from a previously failed system. Perhaps it is a truism that most reformist movements fail to challenge the true hegemony of the system they intend to overtake, given their origin. What we get is little genuine change; just a shuffle in protocol.

Peter Frase of Jacobin Magazine shares that, “it’s all the more effective because the heart of that critique comes as a late surprise, from a character we might not expect.”

Namgoog Minsoo (Song Kang-Ho) is a spaced-out drug addict that Curtis ‘liberates’ from a drawer to help them open the gates to the forward sections. Like everyone on the train, Nam is a little crazy. But he differs in one important way: he believes there is hope outside the train. Unlike his reformist brothers, he’s looked outside the construct, studied the realm beyond the train. Perhaps it is drug-induced fantasy. Perhaps he’s simply had enough of a lifetime of “non-life” onboard the train and would rather die outside to truly live, even if for a brief moment. When the chance for this moment materializes, we, like Nam and his daughter Yona (Ko Ah-Sung), are more than ready to jump the train. In fact, we’re desperate to get off this shadow game of bread and circuses. Even if it means freezing to death in moments. 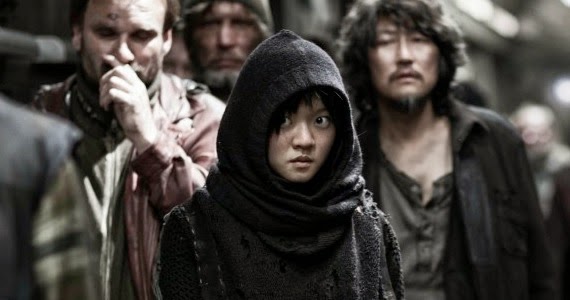 Only Yona and one of the rescued children from the engine, survive the train crash, thanks to Curtis’s truly revolutionary decision.

“Is it more revolutionary to want to take control of the society that’s oppressed you, or to try and escape from that system altogether?” asks Joon-Ho.

I felt a cathartic surge of relief when the train 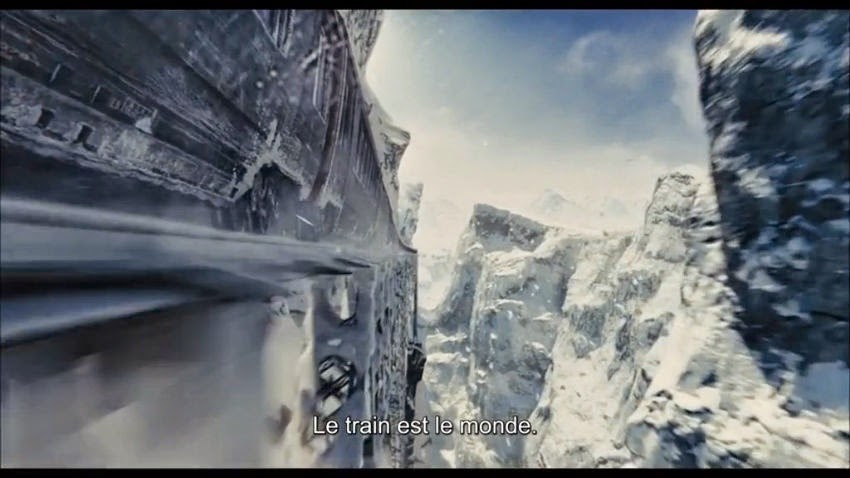 came to a violent crashing stop; even though it effectively meant the end of humanity. My visceral response was incredible relief. The scene following the train crash was —despite the inhospitable and cold environment—surrealistically fresh, invigorating and serene.  Along with Yona and one of the children Curtis rescued, we’ve escaped the rushing perversity: the obsession to survive at any cost. We’ve chosen to live to die.

As Yona and the child crunch through the snow in the quiet depth of coldness, they glimpse a polar bear. There is life! Perhaps not humanity. But life on Earth.

And in that connection, we live.

Even if just for a moment. 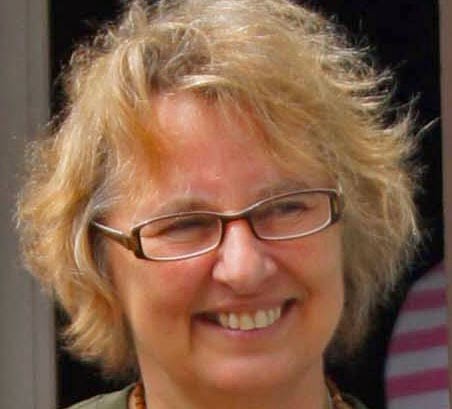 Posted by Nina Munteanu at 6:45 PM