Nina Talks "Water Is..." on CIUT Radio for Water Week 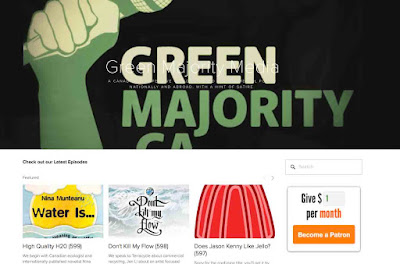 The morning after World Water Day--before my regular duties at the health sciences writing centre in UofT's Pharmacy Building--I made my way to Hart House on the University of Toronto campus.

I was heading to talk with Saryn Caister, host of The Green Majority CIUT Radio 89.5 FM about water and my book "Water Is...". It was Canada water week, after all!

You can listen to it here:


CIUT is located on the first floor of the prestigious and gorgeous old building that houses the student activity centre. Established in 1919, the Gothic-rivival complex by architect Henry Sproatt is one of the earliest North American student centres that includes a gymnasium, swimming pool, shooting range, theatre, art gallery, reading and sitting rooms, lounges, auditoriums, library, music rooms, restaurant and--of course--the campus and community radio station, owned and operated by the University of Toronto.

In the interview, we talked about some of water’s anomalous properties and why I decided to write a book that spans and integrates such a wide variety of angles and subjects from traditional science to spirituality. We discussed some of water’s controversial properties and the claims about water having memory and quantum properties and how geopolitics plays a role in this discussion.

I brought in my own career as a limnologist and how and why I broke away from my traditional role of scientist to create a biography of water that anyone can understand—at the risk of being ostracized by my own scientific community (just as Carl Sagan and David Suzuki were in the past for being too 'accessible' to the public). 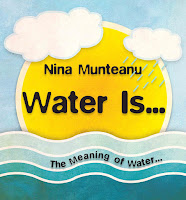 Saryn shared how Ray John Jr., an Indigenous teacher, on a previous show reminded us why these things matter. I responded with, the "why" of things and hence the subtitle: the Meaning of Water. "What does it mean to you… That’s what’s missing a lot of the time. We are bombarded with information, knowledge and prescriptions but the subliminal argument underneath—the why—why should it matter to me—is often missing. That becomes the sub-text. And it’s nice when it comes to the surface. The indigenous people… they get it, they get it.”