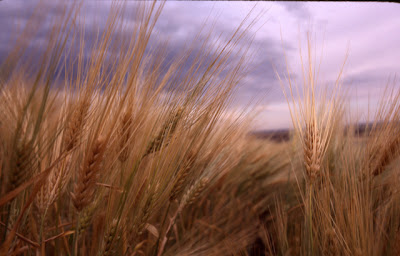 While developers of genetically engineered foods (GEF) strive to produce hardier and higher-yielding plants, ecologists throughout the world eye transgenics skeptically. They fear that these genetically altered plants, may escape into the wild and displace native plants with unforeseen and potentially devastating results. Dr. Wes Jackson, director of the Land Institute in Kansas, a non-profit research facility devoted to alternative agricultural practices, warns that, if misused, biotechnology may lead to the human-induced degradation of the genomes of plant species. “What is being more or less ignored” in the rush to biotechnology, he said in an interview with the Chronicle of Higher Education, “is that some of the same principles and processes that govern an ecosystem, like a forest or a prairie, also operate with genomes. The genome is a miniature ecosystem.”1 Thinking along the same lines, Jane Rissler of the Union of Concerned Scientists of America suggested that transgenic science practices may release a seemingly harmless gene into our food supply with life-threatening consequences.


Growing knowledge of potential risks to ecosystem and human health is prompting many to insist that GEFs be identified and segregated so that consumers can make a choice for or against them. Which brings us to the obvious question: what alternative to the use of GEFs will we find to feed our ever-growing populations? Rissler advocates an alternative vision for agriculture, one based on nature’s own balance, which she calls “sustainable agriculture” or biomimicry.


Janine Benyus, nature writer and champion of nature-inspired innovation, defines the quest of biomimicry as “the conscious emulation of life’s genius. Innovation inspired by nature.”2 In her revolutionary book of the same name, Benyus describes how maverick scientists at the Land Institute are remaking agriculture using self-sufficient crops able to “live amiably with their fieldmates, stay in sync with their surroundings, build soil beneath them and handle pests with aplomb.”3 Using nature as a standard, rather than something to be subdued or ignored, the Land Institute is developing self-fertilizing and pest-resistant farms modeled on natural ecosystems. Their heuristic research represents an ecology-based approach to food production which contrasts with the organism-based approach of GEFs. According to Jackson, biomimicry provides a healthy alternative to the promotion of genetically altered plants more resistant to pesticides, because biomimicry bypasses the use of chemicals altogether.

According to the Institute, “ecosystems self-regulate, accumulate ‘ecological capital’ and are

largely resilient to most perturbations.” According to Jackson, many problems faced by the agriculture industry today stem from replacing natural systems with totally alien systems, and from waging war on rather than allying ourselves with natural processes. He suggests that this has resulted in a steady loss of ecological capital (the erosion and salting of soils, the steady domesticating and weakening of our crops).

The mission of the Land Institute is to “honor natural ecosystems and mimic them.” The Land Institute argues that “the tendency of all natural ecosystems is to increase their ecological wealth. For instance, all prairie, left alone, recycles materials, sponsors its own fertility, runs on contemporary sunlight, and increases biodiversity. Agricultural systems tend otherwise. They erode and degrade ecological capital as they provide for human needs.”4

The premise behind “natural systems agriculture” is a “polyculture of herbaceous perennials, which would run on sunlight, preserve soil, maintain biological diversity, yield adequately, and not rely on harmful synthetic chemicals for fertility or pest management.”5 Polycultures of perennial indigenous plants would incorporate the dynamic properties of natural succession.


Question 1: Can a perennial grain yield as well as an annual grain? Annuals are traditionally used for their high productive capacity and edible yield. Perennials contain extensive root systems which more readily soak up and contain rainwater. Self-fertilizing and self-weeding, perennials are generally more hardy than the annuals typically grown in monoculture in traditional agricultural practices today. But can perennials produce as much seed as an annual crop? The Land Institute is showing yields for perennial grasses that range from 1,500 kg/ha to 2000 kg/ha (Illinois bundleflower) in an area where benchmark yield for Kansas winter wheat is 1960 kg/ha. Each of the four groups looked at have palatable qualities. Gamagrass, for instance, contains a high-protein, large seed (27% to 30% protein and 7% fat), with baking properties similar to those of cornmeal. Hawkins, Lovins and Lovins in their book, Natural Capitalism, claim that a “replacement of annual grains with perennial cereals that do not require annual tilling and replanting could eliminate up to half the soil erosion in the United States, saving nearly $20 billion worth of U.S. soil and $9 billion worth of fuel for farm equipment every year.”6 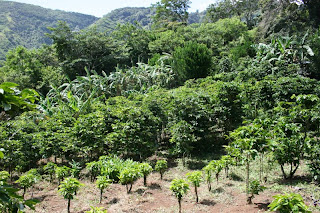 Question 2: Can a perennial polyculture overyield? Successful use of polycultures (instead of monocultures, traditionally used to provide high yields and uniform maturation time), avoids the “all or nothing” effect of crops of one variety and one stage at the mercy of the vicissitudes of nature in the form of droughts, floods, pests, hail and eroding soils. Polycultures, by virtue of their diversity and multiple stages in succession, are far more hardy against pests and able to withstand what nature deals out. And, perhaps, of far more import, polycultures alone are ecologically sustainable. But can polyculture yields stay even with or actually overyield those of monocultures? Overyielding is common in traditional polyculture systems of Latin America, Africa, and Asia. “Our biological research has shown the feasibility of a mixed perennial grain agriculture,” says Jackson. Experiments performed by the Land Institute support the persistence of overyielding in polycultures because of the synergistic and communal opportunities afforded by mixed crops, rather than the competition of monocultures.


Question 3: Can a perennial polyculture sponsor its own nitrogen fertility? The Land Institute and other researchers throughout North America provide indirect evidence of the benefit that a leguminous grain provides to companion species. In experiments with a leguminous grain (Illinois bundleflower), they showed that the legume compensated for low soil nitrogen without lowering its growth or seed yield. Within 3 to 5 years after establishment, these crops increased soil nitrate over plots containing only grasses.


Question 4: Can perennial polycultures defend themselves against insects, pests and weeds? 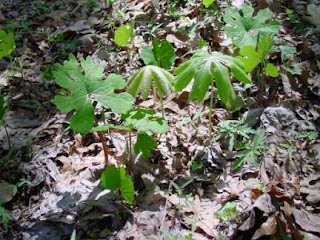 Because most agricultural weeds are adapted to disturbed habitats, and can often outcompete the non-native crops for soil water and nutrients, they become a chronic problem where soils are repeatedly tilled. The Land Institute and other researchers have found that perennial grain polycultures compete well against weeds because of their permanent canopy, deep and extensive root systems and vigorous regrowth in the spring. Intercropping of polycultures combines the weed-suppressing effects of different crops, by intercepting more light, water, and nutrients over monocultures, thus eliminating the need for herbicide application. Hawkin, Lovins and Lovins describe how Japanese farmers can efficiently hand-sow and harvest their polycultures, “because an elegantly conceived sequence of plantings provides the weed control, composting, and other services automatically”.7


When it comes to pests, the effects of perennial polyculture are not so clear. Although researchers have demonstrated that some polycultures are less susceptible to pests in what is known as “associational resistance”, they also found that, once established in a perennial system, pests suffer less soil disturbance and tend to prolong.

In the final analysis, Jackson submitted that, “We don’t need one more breakthrough in agriculture. We need to stare hard at (our) fields . . . then reach into the vast literature in evolutionary biology and ecology to learn the rules and laws at work on the land before we got here, and out of this knowledge, put together a new synthesis, a truly new paradigm for agriculture.”

You have some great information here

Thanks, Susan! I like your story on Rupert Thatcher. Neat!

p.s. Anyone wishing for more information on this innovative science should go to the Biomimicry Guild site: http://www.biomimicryguild.com/indexguild.html

Really cool! Thanks for this informmation. Have you ever heard of www.ted.com? You may be interested in listening to a couple of short talks on that website; one by Paul Stamets on "6 Ways Mushrooms Can Save the World," and the second by Paul Ewald on the question "Can We Domesticate Germs?" They don't directly relate to your material on biomimcry, but they do contain information that's extremely interesting and you seem like the kind of person who interested in many things.

Thanks for the info, Patrice. It sounds intriguing. I will check it out for sure!

Patrice, I went to www.Ted.com...What a cool site! Thanks for the article suggestions. If you are interested in biomimicry, I've posted two other articles on this blog:

as well as on "Suite 101": http://environmentalism.suite101.com/article.cfm/how_to_build_a_sustainable_world_asknature

There are many perennials that can add to the beauty of any place in a few months, if due care and attention is paid while choosing and growing them.

Yup yup! Perennials are the way to go...

It's getting worse out there... http://www.globalresearch.ca/index.php?context=va&aid=12309