The Subversive Biology of Lynn Margulis 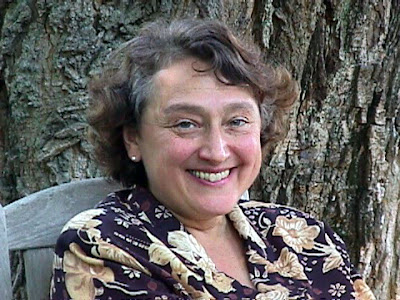 As she aims a steady gaze of quiet intelligence at you, brace for her rapier wit and sharp humor. She can be truly stubborn at times; she knows when she's right and digs in like a Kraglet from Tarsus. She's a remarkable woman and also my hero. Dr. Lynn Margulis is a Distinguished University Professor of Geosciences at the University of Massachusetts in Amherst. She was elected to the National Academy of Sciences in 1983 and received the Presidential Medal of Science in 1999.


But it wasn't always so.
Back in 1969, when her paper on endosymbiosis was constantly rejected by over a dozen scientific journals (because no one knew how to evaluate it), Dr. Margulis stubbornly refused to stand down when critics (and I mean Big-Time critics, the like of Richard Dawkins) shot her "outlandish" theory down. Briefly, the theory of endosymbiosis posits that primitive cells gained entry into host cells as undigested pr 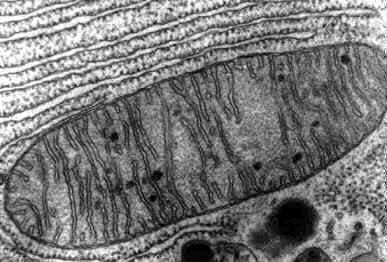 ey or as internal parasites after which the 'arrangement' became mutually beneficial to both partners (e.g., chloroplasts from cyanobacteria and mitochondria from bacteria are two examples). The theory challenged Neo-Darwinism by arguing that inherited variation, significant in evolution, does not come mainly from random mutations, but that new tissues, organs and even species evolve primarily "through the long-lasting intimacy of strangers." The fusion of symbiosis followed by natural selection leads to increasingly complex levels of individuality, Margulis suggested. She contended that evolution proceeds through cooperation, not competition. Her persistence paid off: what was once regarded as an absurd speculation is now taken as self-evident truth. Her old critic, Richard Dawkins eventually conceded: "I greatly admire Lynn Margulis's sheer courage and stamina in sticking by the endosymbiosis theory, and carrying it through from being an unorthodoxy to an orthodoxy."

Lynn Margulis is a complex yet down-to-earth women--confident, intelligent, warm and genuine, and full of the wonder and imagination that makes a scientist truly remarkable. Her language, like the woman herself is subtle and precise; it embraces the paradox of complexity by lying firmly in scientific accuracy yet soars in the ethereal realms of imagination and spirit. The following quotes from interviews I've clipped from Astrobiology Magazine give us some insight into this remarkable woman.


AM: One of the central ideas you develop...is the concept of symbiogenesis. Can you explain what that is?


LM: "Sure. When organisms of different species or with different kinds of current histories live in physical contact, that is symbiosis. And they have to be in phsical contact for more than half of the life history of at least one of them. So you have a symbiosis not with your father, if he's still paying your rent, but with your underarm bacteria, and the ones between your toes. Someone recently calculated that there are more bacterial cells per human body than there are human cells."


AM: ...You argued that eukaryotic cells, the cells that animals, plants and mushrooms are made of, came about through symbiogenesis. Was the idea accepted at first?


LM: "Absolutely it was not...Mendel is often touted to be this backwater monk who played with his garden peas. But Mendel was in touch with the pope. He knew damn well what was going on with the concept of evolution and did not like it...Supporters of Neo-Darwinism...had to reconcile Darwinian change through time with this brilliant, experimentally proven concept of Gregor Mendel...[they] called it population genetics, because the word evolution, at least in this country, is a dirty word amongst a lot of people."


AM: You talk about bacterial intelligence. A lot of people have trouble with that concept because--


LM: "Well, they haven't been to parties with adolescents--"


AM: They tend to think intelligence comes from brains.


AM: Can you explain how you view bacteria as being intelligent?


LM: "If you look up consciousness in the dictionary, it says, "awareness of the world around you" and that's because you lose it somehow when you become unconscious, right? Well, you can show that microorganisms, or bacteria, are certainly conscious. They will orient themselves, they will work together to make structures..."


~~~~~~~~~~~~~
I recently invited Dr. Margulis aboard my ship and, being the curious scientist she is, Dr. Margulis readily accepted the chance to get a view of Earth from space. We settle in the lounge and gaze out upon the beautiful sphere that is our home, a place that she's described as "a super organismic system." She's sipping an Earl Grey tea (the drink I was going to offer Jean-Luc when he came aboard earlier but he surprised me by accepting an espresso instead). And I ask her the question burning in my little alien mind:


LM: " 'What is life?' is a linguistic trap. To answer according to the rules of grammer, we must supply a noun, a thing. But life on Earth is more like a verb. It is a material process, surfing over matter like a strange slow wave. It is a controlled artistic chaos, a set of chemical reactions so staggeringly complex that more than 4 billion years ago it began a sojourn that now, in human form, composes love letters and uses silicon computers to calculate the temperature of matter at the birth of the universe."
And I know why she's my hero...

Posted by Nina Munteanu at 1:07 AM

A fascinating read about symbiotes and the story of this woman.

Especially for you, Nina:

Interesting history, especially now that the origins of mitochondria are treated as dogma. And now the National Geographic society has outlined studies showing that plants have social communication that is also not regulated by brains.

This stuff just gets weirder and weirder.

Cool!!! I just LOVE that little alien! Jen, you need to tell me more about what you read about plants. It is SOOO up my alley! Stay tuned to a short story I will be posting here soon...:)

An excerpt for you!

***Susan Dudley and Amanda File of McMaster University in Ontario, Canada, report they have demonstrated for the first time that plants can recognize their kin.

This suggests that plants, though lacking cognition and memory, are capable of complex social interactions.

"Plants have this kind of hidden but complicated social life," Dudley said.***

Very cool, Jen!!! Thanks. And thanks a bunch for the tag, Bob!

hey! I learned about endosymbiosis in biology!!! Thats cool!

Good interview. Thanks. I like your blog so much I'm adding it to my Erudite Links section. Paul
Carl Sagan and the Stuff of the Cosmos

Thanks for introducing me to a great scientist, thinker and person of integrity, Nina.