Most impediments to scientific understanding are conceptual locks, not factual lacks...We know ourselves best and tend to view other creatures as mirrors of our own constitution and social arrangements.
—Stephen Jay Gould, Bully for Brontosaurus
The evolution of species naturally arises from its response to its landscape, climate, access to shelter and nourishment, as well as the nature of its interaction with its community (e.g., competition and cooperation).

In a previous post of mine, I discussed the phenomenon called “endosymbiosis” by Dr. Lynn Margulis, who suggested a cellular evolution based on ‘cooperation’ rather than simple ‘competition’ between viral or bacterial infection and host cell. This co-evolutionary behaviour runs counter to the traditional route of natural selection and contradicts the ruthless selfishness of Darwinian thinking. Such an evolving relationship between two different species of life, living together in a very close affinity of mutual benefit is common in nature. 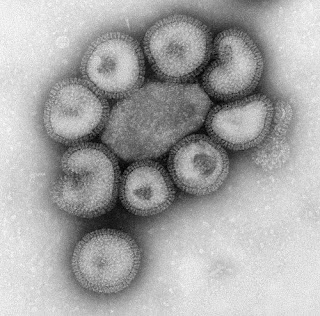 Let's take a look at the simple virus: the ecological "home" of the virus is the genome of any potential host and scientists have remained baffled by the overwhelming evidence for ‘accomodation’; a virus initially very aggressive, may exhibit less aggression toward an evolution of partnership.

Co-evolution was first proposed by Ehrlich and Raven in 1964 to explain the parallel evolution of butterflies and their host plants. Virologist, Frank Ryan calls it “a wonderful marriage in nature—a partnership in which the definition of predator and prey blurs, until it seems to metamorphose to something altogether different.” Co-evolution is now an established theme in the biology of virus-host relationships. Relationships span from the complex interaction between arboviruses and their vector mosquitoes to the one between the malaria-causing plasmodium and humans or the hantavirus and the deer mouse.

“Why,” asks Dr. Frank Ryan, “is co-evolution [and its partner, symbiosis] such a common pattern in nature?” Ryan coined the term “genomic intelligence” to explain the form of intelligence exerted by viruses and the capacity of the genome to be both receptive and responsive to nature. It involves an incredible interaction between the genetic template and nature that governs even viruses. Symbiosis and natural selection need not be viewed as mutually contradictory. Russian biologists, Andrei Famintsyn and Konstantine Merezhkovskii invented the term “symbiogenesis” to explain the fantastic synthesis of new living organisms from symbiotic unions. Citing the evolution of mitochondria and the chloroplast within a primitive host cell to form the more complex eukaryotic cell (as originally theorized by Lynn Margulis), Ryan noted that “it would be hard to imagine how the step by step gradualism of natural selection could have resulted in this brazenly passionate intercourse of life!”

In his book, “Virus X” Dr. Frank Ryan coined the term “aggressive symbiont” to explain a common form of symbiosis where one or both symbiotic partners demonstrates an aggressive and potentially harmful effect on the other’s competitor or potential predator. Examples abound, but a few are worth mentioning here. In the South American forests, a species of acacia tree produces a waxy berry of protein at the ends of its leaves that provides nourishment for the growing infants of the ant colony residing in the tree. The ants, in turn not only keep the foliage clear of herbivores and preying insects through a stinging assault, but they make hunting forays into the wilderness of the tree, destroying the growing shoots of potential rivals to the acacia. Viruses commonly form “aggressive symbiotic” relationships with their hosts, one example of which is the herpes-B virus, Herpesvirus saimiri, and the squirrel monkey (the virus induces cancer in the competing marmoset monkey). Ryan suggests that the Ebola and hantavirus outbreaks follow a similar pattern of “aggressive symbiosis”. 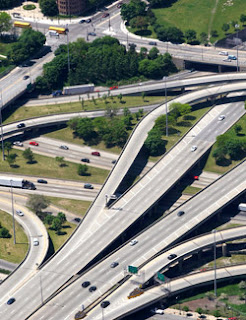 The historian, William H. McNeill, suggested that a form of “aggressive symbiosis” played a key role in the history of human civilization. “At every level of organization—molecular, cellular, organismic, and social—one confronts equilibrium [symbiotic] patterns. Within such equilibria, any alteration from ‘outside’ tends to provoke compensatory changes [aggressive symbiosis] throughout the system to minimize overall upheaval.” One of a legacy of examples of aggressive symbiosis in history includes smallpox: presumably in the process of symbiotic adaptation through co-evolution with the Europeans, they introduced it to the Aztecs with devastating results. Other examples include measles, malaria, and yellow fever.

Well, this puts a whole new twist on the concept of encroachment and development, doesn't it?...

Brava, SFgirl! You certainly know how to turn a phrase :)

I am so glad you were able to tie your story into the research work of Dr. Lynn Margulis, who championed her theories until others could see the light...

Another brilliant post, Nina. Your blog is ALWAYS worth reading.

Shucks, Jean-Luc...Thanks. I'm glad you enjoy it. It's always a treat to have you over.

You have a way with words, very interesting and understandable.

Thank you, Bob. I try...Glad you enjoyed the article. The topic is very interesting to me and very positive about evolution and where we're going. I like to think that I'm an optimist at heart. :)

(How come nobody is commenting on the photographs? Images need love too.) Extremely cool pics, Nina. You've got an eye for it.

Fascinating. Symbiotic. I never stopped to give that much thought. When you do take time out to think it can be either rewarding or quite alarming....great work Nina!!

Thanks for noticing the pics. Some are mine; most are lovingly borrowed. :) Zephyr, I know what you mean--it's often a balance in nature between grim and wonderful, light and dark, cruel and harmonious...just like humanity