I saw, or thought I saw, a synchronal or simultaneous flashing of fireflies. I could hardly believe my eyes, for such a thing to occur among insects is certainly contrary to all natural laws—Philip Laurent, 1917

I read somewhere that everybody on this planet is separated by only six other people. Six degrees of separation. Between us and everybody else on this planet. The president of the United States. A gondolier in Venice. Fill in the names. I find that a) tremendously comforting that we’re so close and b) like Chinese water torture that we’re so close. Because you have to find the right six people to make the connection…I’m bound to everyone on this planet by a trail of six people…every person is a new door, opening up into other worlds—John Guare, Six Degrees of Separation, 1990


“At the heart of the universe is a steady, insistent beat: the sound of cycles in sync,” says Steven Strogatz in the opening to his compelling book, “Sync: the emerging science of spontaneous order.”

He then goes on to describe how every night along the tidal rivers of Malaysia, thousands of fireflies congregate in the mangroves and flash in unison, without any leader or cue from the environment. “Even our bodies are symphonies of rhythm, kept alive by the relentless, coordinated firing of thousands of pacemaker cells in our hearts...almost as if nature has an eerie yearning for order,” adds Strogatz.


This raises a profound mystery that has baffled scientists for many years: the existence of spontaneous order in the universe. It defies the first and second laws of thermodynamics.
James Prescott Joule laid down the foundation of the first law of thermodynamics, which expresses the universal law of conservation of energy and identifies heat transfer as a form of energy transfer. It’s most common expression is: “the increase in the internal energy of a thermodynamic system is equal to the amount of heat energy added to the system minus the work done by the system on the surroundings.” The second law of thermodynamics expresses the universal law of increasing entropy (a classic example of increasing entropy is ice melting). Over time, differences in temperature, pressure and density tend to even out in a physical system that is isolated from the outside world. Rudolf Clausius said it this way: “the entropy of an isolated system not in equilibrium will tend to increase in time, approaching a maximum value at equilibrium”.


Temporary synchrony, which usually occurs by accident, can be found everywhere and is hardly worth noting (e.g., pigeons startled by a car backfiring will take off at the same time); persistent sync, however, is something entirely different. Persistent sync comes easily to human beings and gives us pleasure: we like to dance together, sing i 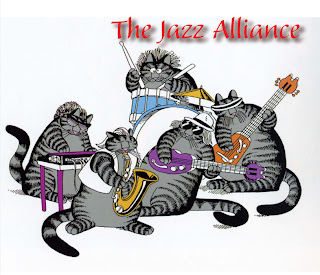 n a choir, play in a band. Says Strogatz, “we interpret persistent sync as a sign of intelligence, planning and choreography. So when sync occurs among unconscious entities like electrons or cells, it seems almost miraculous.”

A new science is emerging that is devoted to studying sync and centres on the investigation of “coupled oscillators”. Two or more oscillators are said to be coupled if some physical or chemical process lets them influence one another. The result is a conversation of synchrony leading to a harmony of action; chaos leading to order and a direct contradiction of the second law of thermodynamics.


The mass synchrony of fireflies observed in Malaysia, Thailand and Africa not only flashed in unison, but in rhythm. Scientists now explain that their flash rhythm is regulated by an internal, resettable oscillator: every firefly is continually sending and receiving signals, shifting the rhythms of others and being shifted by them in turn. “Out of the hubbub, sync somehow emerges spontaneously,” says Strogatz. “Fireflies organize themselves…Sync occurs through mutual cuing, in the same way that an orchestra can keep perfect time without a conductor.” But the insects don’t need to be intelligent. They just do it. Like birds flying in formation during migration. Or electrons synchronizing by the billions and passing through impenetrable barriers. But why do they do it? What’s the advantage to synchrony? In many cases in biology communal sync may be tied to reproduction. To use the example of fireflies, several suggestions include: 1) males synchronize their flashes, blink in concert, to better attract females; 2) there is a higher chance during synchronous flashing for mistaken identity and mating and to confound predators.


All we know is that the tendency to synchronize pervades the universe, from atoms to animals, and people to planets: female friends or co-workers eventually find their menstrual cycles synchronizing; sperm swimming side by side toward the egg beat their tails in unison; the tides have locked the moon’s spin to its orbit. Strogatz and others suggest that the defining commonality to these sync phenomena is mathematics: the mathematics of chaos theory and self-organization; the spontaneous emergence of order out of chaos. What Strogatz calls “synchronized chaos”.


Art Winfree, of Cornell University, discovering an unexpected link between biology and physics, showed that mutual synchronization is analogous to a phase transition.


Rhythms of sync abound in humans: heart rhythms, brain waves, menstrual cycles, cell division cycles, waves in the gut, and circadian rhythms, to name a few. Circadian rhythms of sleep duration, alertness and REM march in lockstep with the body temperature cycle. Rhythms of short-term memory, secretion of melatonin, and several other cognitive and physiological functions run on the same phase relationship. Even single-celled algae exhibit circadian rhythms. This prompted Strogatz to suggest that “for more complex, multicellular creatures like ourselves, it might be that the whole organism is made of trillions of clocks. In other words, we might not have a clock; we might be a clock.”


“As a society, we have become obsessed with connectedness,” said Strogatz. He goes on to describe how we are making sense of complex networks that have recently infiltrated our lives. “Networks whose reach is immense, whose structure we can only dimly perceive, and whose functioning bewilders us.”


Network theorists, when they study an abstract pattern of dots connected by lines are concerned with the pattern, the “architecture of relationships, not the identities of the dots themselves. One can draw a metaphor with information, what it is and how it is dispensed and shared among people. László Barabási, a Transylvanian physicist showed that the distribution of links on the Web is skewed to the left with a very long and heavy tail to the right. A handful of sites on the Internet are much more connected than others, with many more incoming or outgoing links than average, with the billions of remaining pages languishing in obscurity with no incoming links at all.


What network theorists found was that the Internet, despite being an unregulated, unruly labyrinth where anyone can post anything and link it to any other page at will, is self-organizing (recall my earlier post about autopoiesis) and follows the same pattern that persists in the ‘small-world’ (e.g., with a tendency to ‘short-cut’ and cluster like the brain) and “scale-free” (wide range) patterns so prevalent in Nature (e.g., “the food-web of species preying on one another; the meshwork of metabolic reactions in a cell, the interlocking boards of directors of a large corporation, even the structure of the English language itself” says Strogatz). Laszlo Barabasi, a Transylvanian physicist, showed that the Internet was both fragile and robust, showing properties of resilience much like living cells (e.g., in protein interactions, the most highly connected proteins were the most important ones for the cell’s survival; not unlike CNN and Yahoo on the Web). The Web is also very fluid and those ‘nodes’ or clusters change (not unlike a low budget hit that starts out slowly and builds by word of mouth).


Strogatz notes that “we still have almost no clue how the interlocking activities of…genes and proteins are choreographed in the living cell.” He notes also that these phenomena, like most others in the universe, are fundamentally nonlinear. He leaves us with these interesting thoughts:


"Chaos theory revealed that simple nonlinear systems could behave in extremely complicated ways, and showed us how to understand them with pictures instead of equations. Complexity theory taught us that many simple units interacting according to simple rules could generate unexpected order…Sync has offered penetrating insights into everything from cardiac arrhythmias to superconductivity, from sleep cycles to the stability of the power grid.” What next? Singing algae?...

I've heard of the six degrees of separtion before. It's amazing to see it when people are linked.

I know, Jean-Luc...For instance, imagine being only six people away from Nicole Kidman!

(wakes up in a pool of sweat)

I recently StumbledUpon a map of the Internet, showing the relationships between the biggest sites - it's laid out like a map of a railway system:

Don't know if it helps to illustrate what the Transylvanian chap was saying about the 'net, but it sure looks pretty!

It emerged from a calculation made by Italian inventor Marconi who worked out that technology would eventually lead to everyone in the world knowing everyone else via an average of 5.83 connections. Average of course implies that there would be some connections via just one or two degrees of separation, and many more via more than 5.83, i.e. 6 and above.

It's a nice idea though, isn't it, kind of gives us a cosy feeling ;-)

Many peer groups re-invent the notion (me and my university friends certainly did when we discovered connections that couldn't possibly be coincidence, hah!)

There's also the Kevin Bacon concept/game that links said actor to any other actor via as few connections as possible.

This may mean the an important skill, pattern recognition at various scales, will be acknowledged as important. It has always mattered, as Michel Serres points out in relation to weather, but we might begin to wake up to it more fully. If that's the case, we can expect to see a book that talks about helping your child improve his/her 'pattern' IQ.

Nuvein...yeah...you said it...
Bob, i'll check out that site. Neat!
David: yeah...geez...i thought it was just too neat a concept...But you know what they say about myths... :) Oh, yes, I'm familiar with the Kevin Bacon game too. Glad you brought it up. There was a funny side to that too, wasn't there? It didn't leave Kevin Bacon in a very good position in the end...
Milton: I'm fascinated by what you brought up re pattern recognition. Do you have any specific literature that I could read on it? Stuff by Michel Serres or someone else?

Yeah, it's not entirely a myth, but it's been cleaned up over the years.

Kevin Bacon does get around...but by the 6 degrees idea you could probably connect any actor to any other actor, or indeed any two members of any peer group via a similar number of connections

Well, I have heard this before and it is fascinating. I am going to do an experiment. I am going to randomly hyperlink to five other blogs from yours (the 1st of course) and see where I end up. I'll let you know. Thanks for the idea.

The Six degrees of Blogeration.....

That's choice, Princess! Very neat idea. I hope you report back with your results!

Nina, can't we cut the other five away?

Hi Nina,
This is a very fascinating piece.
St. Thomas Aquinas observed the same order in the universe and used it as one of his proofs of God's existence. BTW, I am passing on to you one meme that I have received which I thought you should have...

That's an interesting observation, Pixelus...I think St. Thomas Aquinas was onto something...