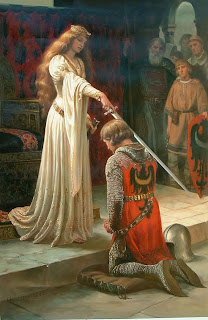 My husband passed this article on to me, among many other newspaper clippings—as he is wont to do—he likes to help keep me well stocked in interesting “stories” for my blog. Well, this one was so interesting and well written by the Vancouver Sun editorial staff (all nine of them, listed below) that I’m compelled to hijack it in its original form and post it here for your delicious and tantalizing pleasure:

In the world of Charles Darwin, males compete with other males to mate with females, which is why the male of the species is hard-wired to become aroused by females and developed flamboyant plumage, horns or exuberant songs and dances to court them. Females select those mates they think can best protect them from aggressors, hunt for food and pass on the best genes.

Follow the evolutionary bouncing ball and we learn that men are in competition with other men for the attention of, and opportunity to mate with, women; and that women are searching for muscular men with material resources, ones likely to produce strong, healthy, attractive offspring.

Well, forget all that. Research suggests women aren’t particularly aroused by the sculpted male body. In fact, they’d rather look at other women.


In her experiments, Meredith Chivers, a research fellow at the Centre for Addiction and Mental Health at the University of Toronto, found heterosexual women were no more excited by videos of hunky, naked men doing yoga than they were by the control foo 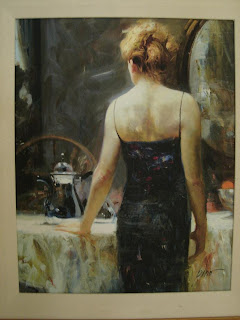 Chivers hooked up her subjects to a device called a photoplethysmograph in a manner hard to describe in a family newspaper and found they were aroused by couples making love regardless of gender. This adds to a growing body of evidence that female sexuality is more multi-dimensional, and a lot more interesting, than men’s.

Nearly a decade ago, Rosemary Basson, a researcher at the University of British Columbia did detailed work on the non-linear nature of female sexual response, although it didn’t delve into bisexual chic, Chivers did. The apparent flexibility of women may be related to greater potential for bisexuality in women than in men, she wrote.

All of this raises some interesting questions. If most women are capable of arousal by both sexes, why do they choose one over the other? Perhaps the principal sex difference between men and women is in the brain, not where we thought it was.

I found this article both fascinating and relevant for a number of reasons, but particularly in relation to my own observations and feelings...and the current stage of life I’m entering. I’m not saying that I’m bisexual…or perhaps I am; perhaps ALL women are, or possess the potential for it, given our higher range of physiological and behavioral expression. What I am certainly saying is that I am a woman, a lover, a wife and a mother… and more. Like you all, I am on a personal journey and that journey has taken a turn.

In a post entitled, “The Three Stages of a Woman’s Life” (The Therapist Directory of San Diego) Linda E. Savage (Ph.D., and author of “Reclaiming Goddess Sexuality”) starts her first section, called “Gateways to Changes in Consciousness”, with a revealing statistic:

“… By the year 2008, postmenopausal women will comprise the largest demographic group in America. The ancient tripartite divisions of Maiden, Mother, and Crone can be even more meaningful in women’s lives as the Crone stage becomes one third of our lifespan. Each stage of a woman’s life is organized around what Goddess Cultures called the blood mysteries: menarche, (the first monthly flow of blood); childbirth, which is accompanied by blood from birthing; and menopause, when a woman’s “wise blood” remains inside her to give her wisdom. These are still powerful landmarks, which profoundly influence women’s lives. They function as psychological gateways to the change in consciousness required by each new stage.”

Savage calls the Crone the most powerful sexual stage of a woman (YES!). Here’s what she has to say:

“The developmental task of the Crone Stage is sharing wisdom. In Neolithic times, Crone women were the tribal matriarchs. Their heightened awareness of human nature yielded great insight and they were the source of wise counsel for important decisions. Spiritually, this is the Mastery phase. The Wise Woman teaches knowledge gained from her skills and life experience. It is a time of reaching into her spiritual depths, utilizing her powers of intuition, and finding meaning in her visions from the dream world. Some Crone women are masters of healin 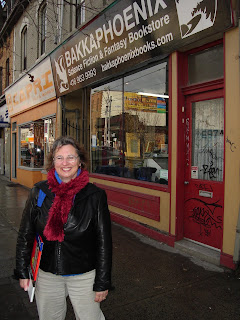 g at the highest level.“The Crone Stage of life, more than any other, is a time of giving back to society the cumulative wisdom of the years. Many women have an urge to speak out (who…me?), to organize others, to take action (look out, Hillary!). They seem to have the energy to get more involved in the world-at-large. It is often Crone energy that leads to changes being made in society. As the Crone woman moves further into her life path she feels the urge to teach others and to cultivate her passions. It can be the most productive time in women’s lives.”

So, this “crone” (that’s me, silly!) will soon be embarking on a walkabout (actually a road trip), in search of the feminine… 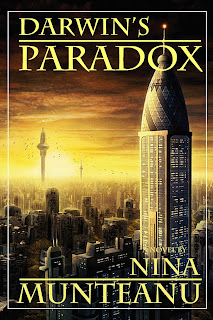 Oh, and doing a book tour too!... And what better place than the heart of America, the land of freedom, opportunity and democracy, to find and express my new stage of life.

Nina’s American Tour
In the next few weeks, as I cross the United States of America, you might see my smiling face in your part of the country, at your local Barnes & Noble or Borders bookstore. I’d be glad to see you and sign your copy of Darwin’s Paradox. Cities and Barnes & Noble bookstores my manager and I have targeted include (but are not limited to):
If you live nearby, you may wish to call the bookstore to find out when I’ll be there. I look forward to seeing you.

I will likely not post here as often for the next month. But when I do, I promise you a vivid travelogue. And I look forward to your comments as always. You may wish to visit Karen Mason’s site, Darwin’s Paradox, for current news of my whereabouts.

I leave you with some wonderful travel music… And when I next see you it will be from that great country to the south of us, the United States of America.

That was fascinating that other women were more turned on by female sexuality than male. It seems the female sex is far more complex than the male. Love the pictures. I have the top one as a print in the sitting room.

I think that either the researchers drew the wrong conclusions from their experiments or the study has been badly reported. When I look at this in the light of our differential psychology - see for example Baron-Cohen's work on male/female brain differences - and when I examine it in the light of my own experience, as a psychologist, a psychotherapist (with a specialty in couple counseling) and a 72-year-old crone, I draw a somewhat different conclusion to the one implied here.
To generalize: the female brain is wired for empathy, for relationship, for identification-with-the-other. When a hetero man sees a picture of a naked woman or a video of a couple having sex, he is a man looking at an erotic object, or scene. He remains separate from it. When a woman looks at the same picture or video she is a woman identifying subjectively with the woman. She steps into that woman's shoes and feels what the woman feels. A hetero woman is not turned on by the sight of another naked woman, per se, but by the feeling it gives her that she herself is naked. Or that she herself is the one having sex with the man.
This is the all-important dynamic that appears to have been overlooked here. One's sexual orientation is, in fact, irrelevant to this study - except in the choice of what sort of videos to show to whom.
Marian Van Eyk McCain (author of ELDERWOMAN: Reap the wisdom..feel the power..embrace the joy (Findhorn Press, 2002)http://www.elderwoman.org

Looking forward to your travelogue and learning of your discoveries along the way. I'm guessing that you have made it to Spokane, Washington and are mingling with the masses there.

Elderwoman, your comment on the female brain being wired for EMPATHY (see my next post), for relationship, for identification-with-the-other is impeccable. I have long felt just the way you have described. However, I do also think that there is truth to Chivers' statements regarding the range in women for an appreciation in feminine things (e.g., from the beauty of the female body to sexual appreciation [bisexuality]).

Jean-luc, I have that same picture on the mantle of my desk, above my computer! I see it daily when I write! COR! You have good taste (but I always knew that!)

Baby Brie, great to see you here!!! Yes, I made it to Spokane and got into Montana, passed through wonderful country. America is a beautiful country and seeing it this way is wonderful. More later, obviously...

The picture I have is a large framed print in the sitting room above the tv, so I see it often. I also have 'Godspeed' by the same artist (Edmund Blair Leighton) in my bedroom. We do have similar tastes!

Oh, how wonderful, Jean-luc! I'll have to google "Godspeed" to see what it looks like. Leighton is a wonderful artist, isn't he? And, yes, our tastes do seem to intersect quite a bit!!! :)

Women are bisexual on the basis of their sexual responding overlooks the complexity and multidimensionality of female sexuality.
-------------------
Sarah

The chances of contracting erectile dysfunction goes up substantially with age, increasing significantly above the age of sixty-five-which is rapidly approaching for the baby boomers. Although erectile dysfunction becomes more likely with advancing age, there is certainly no age cutoff for a sexually fulfilling life. Some men enjoy sexual activity even in their eighties and nineties. http://www.buy-viagra-with-us.com

FDA approved mens health medication viagra is not a drug to be taken lighliy you should read all about the pros and cons regarding the medication before you buy viagra!