A Hero’s Journey: Part 1, the Journey

Midway upon the journey of our life I found myself within a forest dark, For the straightforward pathway had been lost—Dante Allighieri (Divine Comedy)

Summoned or not, the god will come—motto over the door of Carl Jung’s house

According to Christopher Vogler (author of The Writer’s Journey: Mythic Structure for Writers) “all stories consist of a few common structural elements found universally in myths, fairy tales, dreams, and movies. They are known collectively as The Hero’s Journey.” The Hero’s Journey is essentially the three-act structure of the ancient Greek play, handed down to us thousands of years ago and consisting of Beginning, Middle, and End (otherwise known as Opening, Development, Conclusion or “the decision to act”, “the action”, and “the consequences of the action”).


Dating from before history, the Hero’s Journey duplicates the steps of the “Rite of Passage” and is a process of self-discovery and self-integration. The Hero’s Journey is a concept drawn from the depth psychology of Swiss psychologist Carl Jung and the scholar and mythologist Joseph Campbell, author of The Hero with a Thousand Faces. Jung proposed that symbols appear to us when there is a need to express what thought cannot think or what is only divined or felt. Jung discovered reoccurring symbols among differing peoples and cultures, unaffected by time and space. He described these shared symbols as archetypes which are irrepressible, unconscious, pre-existing forms of the inherited structure of the psyche and manifested themselves spontaneously anywhere, anytime. Joseph Campbell suggested that these mythic images lay at the depth of the unconscious where humans are no longer distinct individuals, where our minds widen and merge into the mind of humankind. Where we are all the same.

In his book, Campbell articulated the life principles embedded in the structure of stories. He recognized that myths weren’t just abstract theories or quaint ancient beliefs but practical models for understanding how to live. Ultimately, the hero’s journey is the soul’s search for 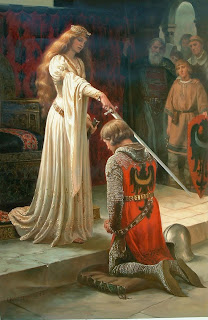 home. It is a long and tortuous journey of the soul seeking enlightenment-redemption-salvation only to find it by returning “home” (though, often not the home they’d previously envisioned). It is a journey we all take, in some form.

Heroes are agents of change. In The Hero with a Thousand Faces, Joseph Campbell defines the hero as “the champion not of things to become but of things becoming; the dragon to be slain by him is precisely the monster of the status quo; Holdfast the keeper of the past.” The hero’s task has always been to bring new life to an ailing culture, says Carol S. Pearson, author of The Hero Within. Julia Cameron reiterates this in her book, The Artist’s Way, when she describes the concept of art as a healing journey (not just for the individual but for a culture). This is because the writer/artist changes society by changing themselves.

In The Writer’s Journey: Mythic Structure for Writers, Christopher Vogler tells writers that we are “storytellers.” He says that “the best of them have utilized the principles of myth to create masterful stories that are dramatic, entertaining, and psychologically true.” Vogler goes on to say that “the Hero’s Journey is not an invention, but an observation. It is a recognition of a beautiful design, a set of principles that govern the conduct of life and the world of storytelling the way physics and chemistry govern the physical world.” He goes on to liken the Hero’s Journey as an eternal reality, a Platonic ideal form, a divine model. In the end, he came to believe “that the Hero’s Jo 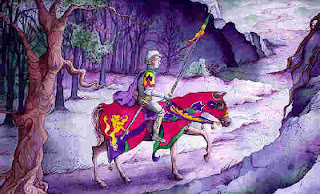 urney is nothing less than a handbook for life, a complete instruction manual in the art of being human.” This is why the Hero’s Journey model for writing is so relevant; because it appeals to all readers. We are all on a journey.

Mystic Annie Dillard, in her book Pilgrim at Tinker Creek, offers that life “is often cruel, but always beautiful—the least we can do is try to be there.” To be fully in life. Dillard contends that “the dying pray at the last not ‘please’ but ‘thank you’, as a guest thanks his host at the door. The universe,” says Dillard, “was not made in jest but in solemn, incomprehensible earnest. By a power that is unfathomably secret, and holy, and fleet. There is nothing to be done about it, but ignore it, or see.” Pearson adds, “The emerging heroic ideal does not see life as a challenge to be overcome, but a gift to be received.”

In some versions of the Holy Grail story, relates Pearson, the hero reaches a huge chasm with no apparent way to get across to the Grail castle. The space is too great for him to jump across. Then he remembers the Grail teaching that instructs him to step out in faith. As he puts one foot out into the abyss, a bridge magically appears and he is saved.

Anyone who has left a job, school, or a relationship has stepped out into that abyss, separating them from the familiar world they’ve known.

Just as “the knights of King Arthur’s Round Table set off to seek the Holy Grail,” says Mary Henderson, author of StarWars: The Magic of Myth, “the great figures of every major religion have each gone on a ‘vision quest’, from Moses’ journey to the mountain, to Jesus’ time in the desert, Muhammad’s mediations in the mountain cave, and Buddha’s search for enlightenment that ended under the Bodhi tree.”

The journey, and the abyss, is often not a physical adventure, adds Henderson, but a spiritual one, “as the hero moves from ignorance and innocence to experience and enlightenment.”


You can read Part 2 (on Archetypes) and Part 3 (on the journey's map) of the Hero's Journey.

This article is an excerpt from The Fiction Writer: Get Published, Write Now! (Starfire World Syndicate) 2009 (Part One of the Alien Guidebook Series). You can purchase "The Writer's Toolkit" DVD on my website NinaMunteanu.me.

I recognise those first words from 'Divine Comedy', Nina. Your whole post was a delight to read. Looking forward to part 2.

Cool, Jean-luc! Yes, one could write an essay on those first lines of Dante's Divine Comedy. Wait--isn't that what I just did?... Seriously, though, I found the choice of Dante's words bold and profound. His use of the words "our life" in the first line suggests an overt inclusion of all of humanity symbolized by his protagonist's journey. The Divine Comedy (a comedy in the true sense of the word) is an epic allegorical poem that explores our "Hero's Journey".

As TS Eliot wrote in his poem Little Gidding: “And the end of all our exploring / Will be to arrive where we started / And know the place for the first time.”

Ah, yes... beautifully said...spoken like a poet. Thanks for sharing that, David.

Ah, memories of the English major from college. I have foggy recollections of the Hero's Journey and a unique prof.

This was a great refresher. I'm seeing "now go do thou likewise" between the lines. :)

LOL! Yes, that line is there, isn't it?... This is such a good universal model. In part three, I give an example of how it works in Farscape. Another good example is Star Wars for this. It's classic hero's journey.