The Western Woman Will Save the World... 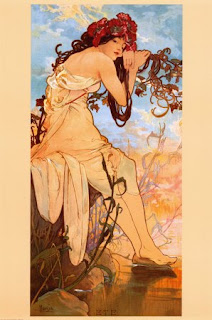 On the eve of the Copenhagen Climate Change Conference, in which we could especially use some feminine wisdom, I thought it appropriate to discuss a quote I was reminded of recently from a self-professed social entrepreneur I met in Chester, Nova Scotia (more on her in a later post).

"The world will be saved by the western woman," said the Dalai Lama during the September 2009 Vancouver Peace Summit.

The Blogosphere and Twitter have since been buzzing (or is that tweeting?) with what His Holiness meant and—perhaps more importantly—how his statement resonates with us, and his “call” affects the western woman.

Marianne Hughes, executive director of the Interaction Institute for Social Change (IISC), pondered the idea of the aging women as hag (originally a representation of feminine power) and how it relates to the Dalai Lama's statement on her blog. “I'm not entirely sure what [the Dalai Lama] meant,” said Hughes, “But I am wondering if when he travels across the globe and sees so many of our sisters impoverished and repressed he sees western women of all ages in a position to speak out for justice and to take on the responsibilities of “the hag”... to take loving care of the planet and its people.”
The original meaning of the word “hag” in Gaelic originally referred to a sain 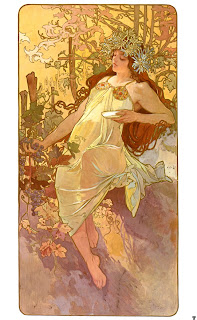 t
with great powers who was responsible for the land, the waters and the people. The term had since been distorted through patriarchal propaganda; “the Hag” is currently being redefined as a strong, beautiful and ageless woman and has its similarities with “the Crone”, the third stage of a woman’s life and evolution from maiden to mother to crone. In a previous post of mine, entitled “What Darwin Didn’t Know About Sex” I provide a revealing statistic: “By the year 2008, postmenopausal women will comprise the largest demographic group in America.” With our increased lifespan, the ancient tripartite divisions of Maiden, Mother, and Crone are more meaningful in women’s lives as the Crone stage occupies one third of our lifespan. Moreover, our current Crone generation (those born in the forties and fifties) is the first in the history of 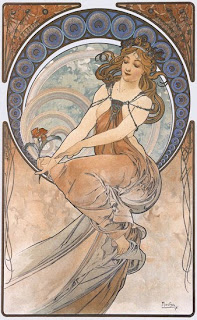 humankind that can claim (and HAS already claimed) economic autonomy and power.

According to Linda E. Savage (Ph.D., and author of “Reclaiming Goddess Sexuality”) “Each stage of a woman’s life is organized around what Goddess Cultures called the blood mysteries: menarche, (the first monthly flow of blood); childbirth, which is accompanied by blood from birthing; and menopause, when a woman’s “wise blood” remains inside her to give her wisdom. These are still powerful landmarks, which profoundly influence women’s lives. They function as psychological gateways to the change in consciousness required by each new stage.”

Savage describes the Crone as a powerful shamanic figure in society: “The developmental task of the Crone Stage is sharing wisdom. In Neolithic times, Crone women were the tribal matriarchs. Their heightened awareness of human nature yielded great insight and they were the source of wise counsel for important decisions. Spiritually, this is the Mastery phase. The Wise Woman teaches knowledge gained from her skills and life experience. It is a time of reaching into her spiritual depths, utilizing her powers of intuition, and finding meaning in her visions from the dream world. Some Crone women are masters of healing at the highest level. The Crone Stage of life, more than any other, is a time of giving back to society the cumulative wisdom of the years. Many women have an urge to speak out, to organize others, to take action. They have the energy to get more involved in the world-at-large. It is often Crone energy that leads to changes being made in society. As the Crone woman moves further into her life path she feels the urge to teach others and to cultivate her passions. It can be the most productive time in women’s lives.” 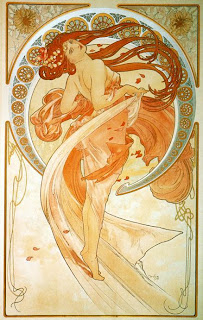 Crone energy isn’t necessarily limited to Crones. It is an energy that may be carried by anyone at any age. Ariane de Bonvoisin, writing for the Huffington Post, made the following observation: “Most people I meet have a new fear—the fear of not being relevant, the fear of not making a difference, the fear of working on things that don't really matter in the important times of transition we live in. We're hungry to be part of making things better. We want to create, we want to do what we love again and find our voice. We sense intuitively that we have a critical role to play in shaping the future of our world. And yet, so many of us give in to excuses of not being good enough, young enough, smart enough, wealthy enough, creative enough. We still play small, still give in to the "victim" archetype. We still buy into what society's beliefs are and put them right above our own. But we don't really have time for these fears. If I could create a vaccine, instead of the flu one, I'd create one against fear. It's what holds us back, every one of us, in every area of our life. And, while we're holding back, time just moves on faster than ever. We are at a critical time in the evolution of our planet, a time where each one of us is waking up. We feel it. Our

intuition is growing more acute. Our inner microphone, as I like to call it, is getting harder and harder to turn off, so that we can't just go along with our normal day. There's a rise in consciousness where we feel more connected to others, a part of something bigger going on, where we each have a role to play. The most important thing isn't to get the promotion, or stay in the marriage, or lose those 10 pounds. The most important thing is for us to remember who we are—why we are here—to do the inner work and find what are our ‘spiritual’ reasons for being on the planet. Yes we do have something great to accomplish. Now. At any age. Wherever we are.”

I found yet another revealing comment on her blog post that reminded me of another statement by His Holiness: that the next Dalai Lama might be a woman. The commentator told the story of the Buddhist Goddess Tara, who is highly revered in Tibet and was a most promising student of Buddhism. The monks told her she should come back as a man so that she could reincarnate and finish her spiritual journey and become a Buddha. She responded that male/female has no meaning since spiritual beings have perfectly balance aspects of both and in reality can incarnate as either gender. She made a resolution to always come back as a woman. I see this proclamation as a metaphor for choosing “feminine wisdom” or “Goddess Wisdom”, represented by the depth of forgiveness, kindness, tenderness, openness, vulnerability, tolerance, honor, integrity, sacred courage, humility, trust and faith.

So, why “the Western Woman”? We are not particularly known on the globe for these traits, nor does the western philosophy we espouse typically embrace these ideal traits. The western woman has more often been stereotyped (and vilified) with the following characteristics: vanity, pride, shallowness, self-centered, self-serving ambition, competitiveness, and pettiness.

While we can, in fact, accept these as our stereotypic weaknesses (it is part of our shallow consumer culture and capitalist model, after all), it is for this very reason that the western woman represents the salvation of the world. Not only do we have the means, as Marianne Hughes pointed out, but we are in the best position to convince.

It is our destiny.

We are the necessary paradox that spawns evolution. The darkness that sparks light. The chaos that creates stability. The inertia that initiates change.

Posted by Nina Munteanu at 7:33 PM

Thank you, Jean-Luc. You are wise to say so.

i don't think the world can be saved now, it's too late. IMHO only. I think we already passed the tipping point of CO2, 40 years ago, and we continue to pour c02 into the atmosphere by the tonload 24/7, even today, and we won't stop doing this, until someone takes a gun to our heads and says stop and we all nobody will ever do that..... but i would also LIKE TO THINK that Western women will save the world.... yes

SF girl, i now carry the photo of the Dalai Lama in my wallet every day now, tucked in a side holder. ever since he visited Taiwan in Sept i cut the photo out of a local snailpaper and kept it with me....for safekeeping....

PS the wor verify notice on this post below tells me: "gratitude" -- any coincidence?

When we stop hoping, we stop living... and acting

I really appreciate you writing this piece. I think there is a lot behind that quote and it is my ambition to soon create a blog that talks about western women using technology to communicate with each other and the world. Perhaps technology (i.e. the internet) will be the key to our success as forging change throughout the world.

Thanks, Arktoi. Yes, women and the internet--a powerful tool for global communication. Wisdom, particularly FEMALE WISDOM, is what is currently lacking in many of the global decisions, networks, paradigms and models we are using today.

To that end, I will be participating as an ecologist in talks with the Dalai Lama and world leaders in economics, psychology and neuroscience at a conference in Zurich in April on Compassion and Altruism in Economics (http://www.ninamunteanu.com)

When you have your blog up, Arktoi, please come back here and give us a link to it.

Amen to your wise words - thank you. Please visit www.creatingparadise.org for the start of a wonderful adventure.

Woman are our only hope. We are the Ruach, The Holy spirit, the wisdom and strength. We need to bring balance into politics and economics, return to the matrix. Beautiful post!

Thanks, Mariana... You are so right... and you use the best term for what we need: balance

Very nice and detailed written post, people who believe in sharing and spend their time to acknowledge others are really very great people. Keep it up.