Darwin and Lemarck on Soft Inheritance

What is natural selection, after all? How do we define today a concept that Darwin originated 200 years ago in a time without bio-engineering, nano-technology, chaos theory, quantum mechanics and the internet? We live in an exciting time of complicated change, where science, based on the limitation of traditional biology, is being challenged and stretched by pioneers into areas some might label heretical. Endosymbiosis, synchronicity, autopoiesis, self-organization, morphic resonance, Gaia Hypothesis and planetary intelligence. Some of these might more aptly be described through the language of metaphysics. But should they be so confined? It comes down to language and how we communicate. 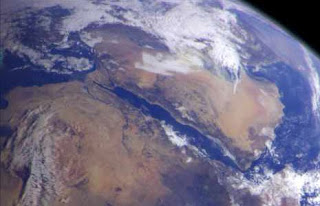 Is it possible for an individual to evolve in one’s own lifetime? To become more than oneself? And then pass on one’s personal experience irrevocably to others—laterally and vertically? 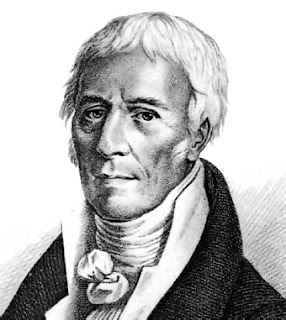 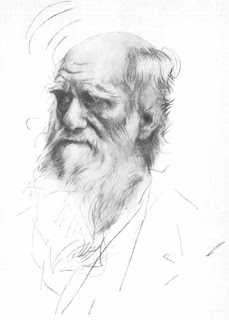 On the vertical argument, Jean-Baptiste Lamarck was a French naturalist who developed a theory of biological evolution in the early 19th century so crazy that it spawned a name of parody: Lamarckism. His notion — that acquired traits could be passed along to offspring—was ridiculed for over two hundred years. Until he was proven right. Evolutionary biologists at Tel Aviv University in Isreal showed that all sorts of cellular machinery — an intelligence of sorts — played a vital role in how DNA sequences were inherited. When Eva Jablonka and her research team at Tel Aviv University inserted foreign genes into the DNA of lab animals and plants, something strange happened. The genes worked at first; then they were “silenced”. Generation after generation. The host cells had tagged the foreign genes with an “off switch” that made the gene inoperable. And although the new gene was passed onto offspring, so was the off switch. It was Larmarckism in action: the parent’s experience had influenced its offspring’s inheritance. Evolutionists gave it a new name. They called it soft inheritance. All kinds of changes in cellular machinery are showing up that have nothing to do with the sequence of DNA but still have profound and heritable impacts for generations to come, says Thomas Hayden in the February 2009 issue of the Smithsonian. He gave the example of malnourished rats giving birth to undersized pups, which in turn had undersized pups, even if well-fed. Darwin, himself, included the concept of soft inheritance in Origin of Species: “variability from the indirect and direct action of the external conditions of life, and from use and disuse.” This makes Darwin less “Darwinian” than his 20th Century followers.

As for passing on one’s experience and acquisitions to others laterally, education in all its facets surely provides a mechanism. This may run the gamut from wise mentors, spiritual leaders, storytellers, courageous heroes to our kindergarten teacher. Who’s to say that these too are not irrevocable? This relies, after all, on how we learn, and how we “remember”. 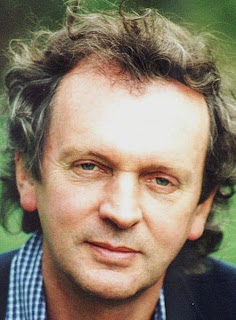 Evolution is choice. It is a choice made on many levels, from the intuitive mind to the intelligent cell. The controversial British botanist Rupert Sheldrake proposed that the physical forms we take on are not necessarily contained inside our genes, which he suggested may be more analogous to transistors tuned in to the proper frequencies for translating invisible information into visible form. According to Sheldrake’s morphic resonance, any form always looks alike because it ‘remembers’ its form through repetition and that any new form having similar characteristics will use the pattern of already existing forms as a guide for its appearance. This notion is conveyed through other phenomena, which truly lie in the realm of metaphysics and lateral evolution; concepts like bilocation, psychic telegraphing, telekinesis and manifestation. Critics condemn these as crazy notions. Or is it just limited vision again? Our future cannot be foretold in our present language; that has yet to be written. Shakespeare knew this…


There are more things in heaven and earth , Horatio, than are dreamt of in your philosophy—Willliam Shakespeare


“In a way,” says Jablonka, “we’re going back to Darwin and his original, much broader notion of heredity.”

I love reading your posts as they are always thoughtful, informative and hopeful. I don't have a very scientific background so I don't have any useful comments but I love learning from you here.

Evolution is a process to break free of destiny. Destiny is a predetermined path with a set outcome.
Evolution leads to other possible endpoints, the freedom to take a new path.


How can evolution be the language of destiny? Destiny is predetermined, but, as you wrote "choice and selection are the words of evolution" which implies development of new outcomes. What is "fractal ecology"? What I read about that subject is how fractals are used to model ecological systems. The use of fractals is an excellent methodology to describe and predict ecological patterns in a variety of scales. Fractal Ecology is not a deliverable, it is only a tool to try and gain better insights into ecology.


I think that Darwin's theory of evolution stands the test of time. The concept does not need to be redefined. Bio-engineering and nanotechnology provide the means to manipulate the speed of evolution. In the end, changes that are useful will improve our lives, changes that don't work out (ooops) may have dire consequences (have you read the plot synopsis for the movie "Splice"). I am not sure where chaos theory, quantum mechanics and the internet come into play with respect to evolution. The first two are basically models to understand our universe and the third brings us funny cat videos.

Is the language of metaphysics confining? Metaphysics seeks to break free (transcend) the language of classical science. As we evolve, so does our language and means of communication. But, as in evolution, some concepts will not change and will ultimately die off.

You ask:
Is it possible for an individual to evolve in one’s own lifetime? To become more than oneself? And then pass on one’s personal experience irrevocably to others—laterally and vertically? People do evolve, if not always physically, they can evolve mentally and spiritually. Self-actualization if you will. Your previous post comes to mind.

Regarding our legacy - yes, our soft evolution is passed on to those who come after through our teaching and our charity. Sharing our research and experiences via formal lessons, our recorded words or simply as a role model bestows our legacy to the future and how we are remembered.

Evolution is a process. The milestones represent choices that have been made.


William Shakespeare - Hamlet:
What a piece of work is a man, how noble in reason, how
infinite in faculties, in form and moving how express and
admirable, in action how like an angel, in apprehension how like
a god! the beauty of the world, the paragon of animals—and yet,
to me, what is this quintessence of dust? Man delights not me—
nor woman neither, though by your smiling you seem to say so.


Einstein… - "Reality is merely an illusion, albeit a very persistent one."

Dalai Lama - Happiness is not something readymade. It comes from your own actions.

Maureen, thank you so much for your very kind words... :) I do appreciate the feedback and knowing that I am providing stimulating discussion

Limburger, thanks for another great comment. LOL! Yes there's always LOL-cat to save the world!

Seriously, though, I must disagree with your interpretation of destiny and evolution... but then again, that's part of it to, isn't it? Same goes for Darwin's theory... Darwin's original posits and thoughts have not all been translated into the hegemony of what most of us know of his theory today. And that's a shame, because most of us stop there, with the follow-up rhetoric by self-assigned "evolutionary preachers". How many of us, for instance have actually read his book, Origin?... Gone to the source, instead of relying on the "wisdom" of others to interpret for us? Albeit, it's a dry read (well, he wrote it 200 years ago in the language of that time); it doesn't read like a "bestseller", but that is the price of freedom (of thought)...

p.s. I don't think I suggested that the language of metaphysics is confining. In fact, far from it...it is, as you said, freeing.

p.s. Limberger, I'm curious to which previous post of mine you were refering... The one on "Cymatics"? (http://sfgirl-thealiennextdoor.blogspot.com/2010/05/cymatics-exploring-how-frequency.html) ... Or my crazy wild-woman wail on "The Paradox of WOMAN" (http://sfgirl-thealiennextdoor.blogspot.com/2010/06/celebrating-womanhood-i-am-woman-i-am.html)?

Your posting on "Celebrating Womanhood" cited role models that became more than "oneself". They went beyond expectations for women of their time.

That was a wonderful post. The Shakespeare quote is so true. The top picture reminds me of the robot in the 1926 silent film 'Metropolis'.

Yes, Jean-Luc... I see where you would get that too.... What a cool film Metropolis was too! Your mention of it makes me want to view it again.

p.s. I did a post a while ago in it for anyone's interest. If you want to see the robot Jean-Luc was referring to, here it is: http://sfgirl-thealiennextdoor.blogspot.com/2008/10/we-robotpart-1-our-past-our-present-our.html

Took me time to read all the comments, but I really enjoyed the article. It proved to be Very helpful to me and I am sure to all the commenters here! It’s always nice when you can not only be informed, but also entertained! I’m sure you had fun writing this article.

Thank you Oxygen Plant! :) Glad to entertain...You should attend one of my classes... LOL!

Sometimes the comments end up being more interesting -- and longer -- than the article! LOL! Go check out my article on The Venus Project (last time I checked I had over 120 comments).

I really appreciate everyone's comments. It's what often brings an article to life. It can create controversy (something I always cheerfully invite) and heightens interest and involvement. YOU are what this blog is all about... :)

What a really interesting post. Right up my street this sort of stuff. I've just written a Squidoo article about Sheldrakes contemporary Lyall Watson too...His notion of The Hundreth Monkey is a fascinating take on the sharing of ideas.

Awesome! Can you send us the link? Thanks!