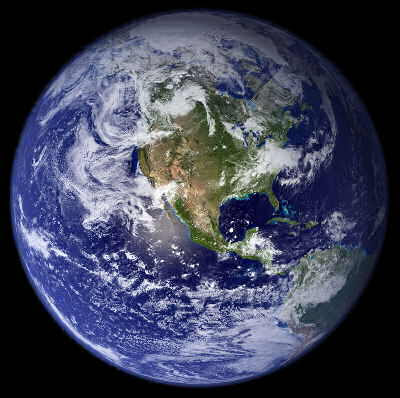 The Gaia hypothesis proposes that living and nonliving parts of our planet interact in a complex network like a superorganism. Named after the Greek earth goddess, the hypothesis postulates that all living things exert a regulatory effect on the Earth’s environment that promotes life overall.


First formulated in the 1960s during his work for NASA on methods of detecting life on Mars, Dr. James Lovelock named this self-regulating living system the Gaia Hypothesis after the Greek goddess, using the suggestion of novelist William Golding, who lived in the same village as Lovelock at the time. According to Lovelock, Gaia is:


A complex entity involving the Earth’s biosphere, atmosphere, oceans, and soil; the totality constituting a feedback or cybernetic system which seeks an optimal physical and chemical environment for life on this planet. 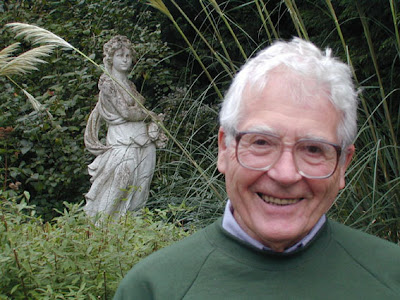 1) constancy of global surface temperature, despite increase in the energy provided by the sun; constancy of atmospheric composition, even though it should be unstable; and
2) constancy of ocean salinity.

· The planet is a “super organismic system” (Margulis)
· Evolution is the result of cooperative not competitive processes.


Unlike Lovelock’s rather flamboyant language, Margulis’s stable intonations reflect an insight into the subtle logic and fractal self-organization of Nature. According to Margulis, biospheres have no special tendency to preserve their current inhabitants, or make them comfortable. Accordingly, Earth is not a living organism which can live or die all at once, but a community of trust, which can exist at many discrete levels of integration, what she referred to as “an emergent property of interaction among organisms.” However, she also argued that “the surface of the planet behaves as a physiological system in certain limited ways” and the earth’s surface is “best regarded as alive.”


Because the hypothesis has since been supported by a number of scientific experiments and has provided a number of useful predictions, it is now referred to as the Gaia Theory. However, the theory remains accused of being teleological by critics within the scientific community, including Richard Dawkins and Ford Doolittle. Dawkins rejected the possibility of feedback loops: “there was no way for evolution by natural selection to lead to altruism on a Global scale.” Other scientists rejected the implication of a “living” Gaia, unable to reproduce. However, if all this is viewed less literally and more metaphorically, then the remark from astronomer Carl Sagan both surprises and illuminates: he observed that from a cosmic viewpoint, the space probes since 1959 have the character of a planet preparing to go to seed. 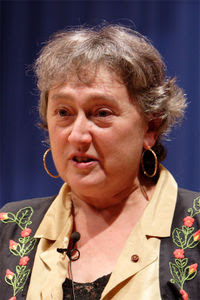 
Lynn Margulis contended that symbiosis, not chance mutation, was the driving force behind evolution and that the cooperation between organisms and the environment are the chief agents of natural selection—not competition among individuals. In her 1981 book, “Symbiosis in Cell Evolution” Margulis proposed that the ancestors of eukaryote cells were symbiotic consortiums of prokaryote cells with one or more species (endosymbionts) being involved. The progenitor of the mitochondria or chloroplast supposedly gained entry into the host prokaryote as undigested prey or as an internal parasite after which the arrangement became mutually beneficial to both partners (the ‘host’ cell and the endosymbiont) and the prokaryotes continued to live on as organelles within the new type of cell. An obligatory symbiosis evolved as they became more interdependent.

“Gaia is just symbiosis as seen from space,” one of Margulis’s students was said to have remarked.

"from a cosmic viewpoint, the space probes since 1959 have the character of a planet preparing to go to seed."
This is how I have always viewed our planet...the living Gaia. Excellent article.

Great Post Nina. I am totally new to this subject but you're pulling me in! WFW.

I was just watching a special on the History Channel last night on how the Earth was formed. They didn't specifically get into the Gaia Hypothesis but they did talk about how the plant and animal life on the planet was created and the symbiotic relationships that keep all life on the planet alive. Fascinating stuff.

Environmental activist Dan Bloom has come up with a solution to global
> > warming that apparently no one else is talking about: polar cities.
> > That's right, Bloom envisions future polar cities will house some 200
> > million survivors of global warming in the far distant future (perhaps
> > in the year 2500, he says on his blog), and he's lobbying on the
> > Internet for their planning, design and construction -- NOW!
> >
> > "Sounds nutty, I know" the 58-year-old self-described "eco-dreamer"
> > says from his home in Asia, where he has been based since 1991. "But
> > global warming is for real, climate change is for real, and polar
> > cities just might be important if humankind is to survive the coming
> > 'events', whatever they might be, in whatever form they take."
> >
> > Bloom, a 1971 graduate of Tufts University in Boston, says he came up
> > with the idea of polar cities after reading a long interview with
> > British scientist James Lovelock, who has predicted that in the
> > future, the only survivors of global warming might be around 200
> > million people who migrate to the polar regions of the world.
> >
> > "Lovelock pointed me in this direction," Bloom says. "Although he has
> > never spoken of polar cities per se, he has talked about the
> > possibility that the polar regions might be the only place where
> > humans can survive if a major cataclysmic event occurs as a direct
> > result of global warming, in the far distant future. I think we've got
> > about 30 generations of human beings to get ready for this."
> >
> > Does Bloom, who has created a blog and video on YouTube, think that
> > polar cities are practicial?
> >
> > ""Practical, necessary, imperative," he says. "We need to start
> > thinking about them now, and maybe even designing and building them
> > now, while we still have time and transportation and fuel and
> > materials and perspective. Even if they never get built, the very idea
> > of polar cities should scare the pants off people who hear about the
> > concept and goad them into doing something concrete about global
> > warming. That's part of my agenda, too."
> >
> > For more information: http://climatechange3000.blogspot.com

Cool...or was that freezing? :D

All I know about Gaia is from Asimov :)

What did Asimov say? Was Gaia a character in one of his books?

Great post! I really like the fact that you are citing primary literature here in your blog. Keep it up!

I have always felt a bit uncomfortable with the "teleology" of Lovelock's proposal, and I had not read what Margulis wrote about this in much depth.

Gaia Theory--I'll buy that. I especially like this little twist:

"Evolution is the result of cooperative not competitive processes."

You said it, Tricia! That's the part that appeals to me so much. It's a rather feminine perspective, don't you think? And about time too :)

I'm going to look into this hypothesis. I want very much for it to be true, which is a dangerous way to investigate or research anything, but I can't help myself. If that make me a feminist, so be it, but I'd like to think there's room for cooperation in the male gender, too (and I'll fight any man who says otherwise--just kidding).

LOL! Very well said, David! Humour is definitely part of it all, I'm sure...

I recently -- January 2008 -- sent some images of envisioned polar cities for survivors of global warming to Dr Lovelock and he emailed me back and said "Thanks for the images. It may very well happen and soon."

Cool! I may well have to do a post on this, Dan! Thanks for the link.

Thank you so much for sharing this wonderful video, Celestial Elf. I can't imagine--refuse to imagine a world without butterflies or birds...

I look forward to seeing more of your videos. Thanks again!