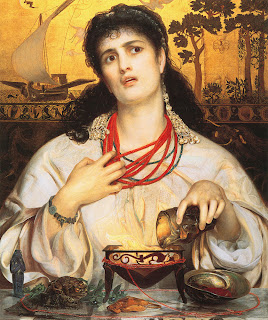 
In any case, Lee Kump, professor of geosciences at Pennsylvania State University, reminds us that the primary organs of the Earth system—photosynthesis, respiration, and associated greenhouse gas production and destruction—remained intact and continued uninterrupted. Animal life eventually recovered and achieved levels of diversity and complexity that far surpassed what existed before, says Kump. In other words, the cataclysm of the “Great Dying” (or was it a great purge of Biblical proportions?) provided an “opportunity” for life to regenerate, establish and diversify. This is a pattern that is not unique in nature and is somewhat reminiscent of Buzz Holling’s “creative-destruction” model in highly functional and resilient ecological systems. It is only scale that separates the colonization of a valley devastated—but nourished—by a forest fire and a mass-extinction of global proportions. Fractal Ecology, a term that I coined in my book Darwin’s Paradox, is the science of ecology that examines the fractal relationship and inter-communication of biological levels in a self-organized pattern, from molecules to cell to ecosystem and beyond. Scale is the lens for perceiving our fractal landscapes and how they are interconnected and interact and loop into one another.

When James Lovelock and Lynn Margulis hypothesized that living organisms actively modified their environment to keep the Earth habitable in the early 1970s, they were following in the footsteps of James Hutton (the father of modern geology) who in 1785 imagined the planet as a kind of metaphoric “super-organism”. As a result of their discussions about the role of micro-organisms as links to life and the Earth, Lovelock’s and Margulis’s Gaia Hypothesis ironically hinged yet again on sulphur and its essential role in living things. The concept of “feedback mechanisms” lies at the heart of Gaia Theory. Changes in external conditions trigger responses that counteract the changes. Living organisms regulate global environmental change through behavior that creates a dynamic “equilibrium” of sorts. This is similar to the homeostatic behavior of organisms at the cellular and tissue level. Think “fractal” and scale. In fact, biochemists have applied Gaia-like rationale to the study of human biochemistry such as its impressive ability to regulate glucose production to demand.

The hypothesis attracted hostile criticism from the traditional scientific community. They claimed that it contravened Darwinian evolution, required organisms to “know” and have “purpose” and “simply loathed its associated New Age overtones,” wrote Robert Matthews in the January-February issue of the Futurist. Richard Dawkins, one of the community’s chief objectors, criticized the theory on the grounds that it demanded global altruism among organisms—a feature that contravenes Darwinian natural selection, according to those same scientists. It is interesting to note that Dawkins had similarly dismissed Margulis’s theory of endosymbiosis (which posited that cells evolved through cooperation) and itself a challenged the neo-Darwinist concept of Natural Selection and Dawkin’s concept of the “selfish-gene”), only to retract his criticism when the theory was proven fact.

Indeed, the case for or against altruism has not yet begun to be made. I find it rather hubristic of the Dawkin’s camp to summarily dismiss altruism in an evolutionary model (based on their interpretation of what Darwin posited two hundred years ago) when so many examples of successful altruistic behavior in species occur (see my post on the vervet monkey and other examples of successful altruism today. More on this in later posts).

It is uncanny and almost eerie how closely the metaphoric tales of the Bible and mythical poems associated with it (e.g., Blake’s Paradise Lost and Dante’s A Divine Comedy) resonate with the Earth’s major and cataclysmic events: floods that “cleansed” the planet, fire and brimstone…

Evidence for climate self-regulation can be seen in the rather stable climate of the last four billion years despite an ever-increasing solar luminosity, asserts Kump, and despite the biological hiccups like the “Great Dying”.

It's really interesting the way you group humans into the same category as mitochondria. Is it then to be believed that every action in human society is a complete reflection to our primordial past?

I guess the real question is whether non human animals, either separate or within cultures can actually determine whether their landscape is changing for the better...

A well written explanation, Nina. I enjoyed reading it.

Steph, I'm not quite sure what you meant about humans and mitochondria being in the "same category" therefore I cannot speak to this point. As for your question about human society being a complete reflection of our primordial past--I do not believe in absolutes. I find such thinking limiting (like the Dawkins camp) and excludes for possibilities yet to be discovered about mind, soul, spirit and more...

Regarding your second comment about the awareness of non-human animals with their changing landscape, I have no doubt that they excersice a form of awareness (we have yet to properly describe intelligence); it is simply our lack of ability to understand and communicate that limits our perception of our environment--animal, plant, mineral and other...

We are limited only by our imagination...

It's interesting that anytime some hypothesis comes along that is deep and thought provoking, and has a validity and depth in it, 'established' authorities have to ridicule and gainsay it using immature logic. Debunking is just a way of protecting one's established territory and should be taken with a grain of salt.

Nina, I like your blogpost and the interesting and informative hypothesis it provides.

I was just noticing that in both cases the theorists chose a female god to represent their hypothesis... Interesting...Well, we DO call her Mother Earth and Mother Nature for a reason... :)

nice blog & good post. You have beautifully maintained it, you must try this website which really helps to increase your traffic. hope u have a wonderful day & awaiting for more new post. Keep Blogging!

What a GREAT article, and I feel inspired to follow your blog.

I had not even heard of the so-called Medea Hypothesis till a very short while ago. before that in a morning paper I had read that species are being destroyed So fast since especially 1970 that humanity is seriously threatened, so looking for some news of this at youtube led me to hear Ward talking about his Media theory.

Of course in his theory I heard all the usualy patriarchal assumptions--nature is 'stupid' and is 'fallen'/'sef-destructive', and only MAN with his technology can one-up on 'stoopid nature', etc etc. So I was wary, and then looking at critiques of his argument I found yours, and I will explore its very interesting-sounding links soon when I have time.

There is a controversial (for some) dimension I want to bring to the table--consciousness, and entheogenic inspiration.
For example, if I was to choose an intelligent working *with* nature it would be permaculture--which respects the intelligence of nature, and along with that the re-awakening for 'moderns' of the sacred nature of entheogenic plants and substances for inspiring understanding that nature IS intelligence and we ARE included in tthat intelligence. it is not --as the likes of the 'Medea' guy and others of same ilk would have it--that 'logic and reason' are some how FLUKES that came about via 'stupid evolution', it is more that that mindset when it isolates ITSELF from the intelligence of nature BECOMES stupid but is too 'clever' to realize that! And from that ignore-ance is *VERY* destructive and self-destructive.

Thank you for your very thoughtful comments, Muzuzuzus...

What I find so very fascinating about the nature of science is that paradoxically, the "truths" -- certainly the hypotheses, theories and perceptions -- expounded through science are in the final analysis dictated greatly by one's own beliefs, philosophies, and worldviews... Hence, a theory based on Nature being "stoopid" and humankind with its clever tools being superior...What does that say about the theorist?

I really enjoyed and agree with your comment, "it is more that that mindset when it isolates ITSELF from the intelligence of nature BECOMES stupid but is too 'clever' to realize that!" :)

Yes, aren't we so clever?... The moment one labels another (ANY other) as being less intelligent than oneself, one dooms oneself to the mediocre vision of limited possibilities. One will never achieve greatness or take one's place in the "greater being".

I agree wholeheartedly SF Girl. Compare Rene Descartes 17th century belief of animals as being automations with indigenous peoples ancient stories of animals as being *teachers' of the human species! This meaning they are our relations, and intellgent.

In my Father's language, Romanian, this word sounds a lot like another word we could use more in our dealings with all life on this precious planet: the Romanian word for heart, INIMA...

Truly, we could all learn a bit more from ALL our cousins in the animal world and plant world...

And in reference to altruism and the question of whether it exists and what its opposite looks like, I recommend Muzuzuzus's stirring --and rather disturbing--post on his site, "Into The Faery Woods": http://intothefaerywoods.blogspot.com/2010/04/if-your-going-to-san-fran-cisco-be-sure.html

I recently came across your blog and have been reading along. I think I will leave my first comment. I don’t know what to say except that I have enjoyed reading. Nice blog. I will keep visiting this blog very often.

Thank you, Costa Rica! I appreciate you taking the time and effort to comment and share. Many thanks.

I always interested in the story of Medea, and this blog will be really useful for me, principally for my University project.