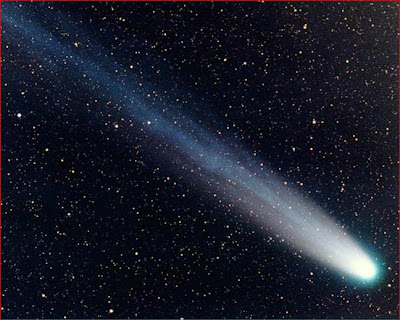 The third angel sounded his trumpet, and a great star, blazing like a torch, fell from the sky on a third of the rivers and on the springs of water…A third of the waters turned bitter, and many people died from the waters that had become bitter—Book of Revelation 8:10-11.

Most scientists agree that cosmic impacts have played a major role in Earth history and that they continue to pose a significant threat today. But interpretations vary greatly from legitimate science from pseudoscience, according to Skeptical Inquirer Magazine who recently reviewed ten trade books that span this broad range in interpretations.

It all started with the now-famous paper published in Science in 1981 by Luis and Walter Alvarez and their colleagues, who suggested that an impact sixty-five million years ago produced the mass extinction that terminated the Cretaceous era. What Luis a 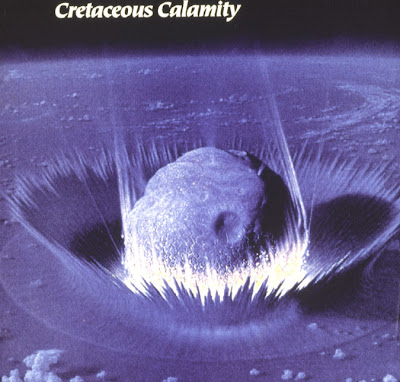 nd Walter Alvarez suggested that even relatively modest impacts might have had a catastrophic effect on the environment. Comets that come close to the Earth are called Near-Earth Objects (NEOs) and it’s obvious from the cratered surface of the moon that Earth, too, is subject to impacts. Planetary probes, starting with Mariner 4 in 1964, showed us that this sort of thing is pretty common in the universe. What the Alvarez paper suggested was that such impacts can generate global-scale wildfires and dust storms, killing most life forms and influencing the course of biological evolution. Fortunately, impacts large enough to produce mass extinctions (e.g., NEOs >15 km in size) are rare, taking place every hundred million years or so, give or take a few million. However, according to the Skeptical Inquirer, the planet is struck by a 1-km asteroid or comet every 100,000 years.


According to the Skeptical Inquirer, “the British Neo-catastrophists viewpoint is advocated in its extreme form by astronomers Victor Clube and Bill Napier, who interpret historical records as indicating that Earth has been subject to extreme battering from space within the past few 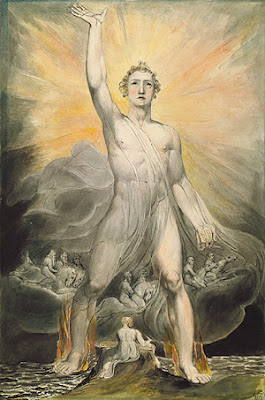 millennia. In their popular books The Cosmic Serpent and The Cosmic Winter, they take the position that the emergence of astrology in the western Mediterranean, the association of gods with planets in many ancient cultures, the widespread fear of comets and belief in angels, and many other aspects of our cultural and religious history are a reflection of massive bombardment of the planet a few thousand years ago. They further conclude that more recent historical events, including the collapse of the Roman Empire, the Dark Ages, and even the English Civil War, are related to climate changes induced by exceptional deposition of cosmic dust in Earth's atmosphere. Although their historical analysis is suspiciously similar to that of Immanuel Velikovsky, Clube and Napier adamantly reject the association, arguing that unlike Velikovsky they root their explanations in sound physical and astronomical principles.” They go on to say, “Supporting Clube and Napier are British astronomers Duncan Steel and Mark Bailey, who have concluded that the solar system is currently experiencing the aftermath of the break-up of a giant comet some millennia in the past. Our planet still intersects debris from this comet in what they call the Taurid complex of dust, small comets, and asteroids. They term this theory coherent catastrophism. Steel and Bailey estimate that the present lull in impacts will end in about a thousand years, when our orbit again crosses the denser parts of the Taurid complex, at which time the impact risk will rise by at least a factor of a hundred. All of these neo-catastrophists argue that urgent action is required to prevent the collapse of civilization under the next cosmic onslaught.


"Most of us find these neo-catastrophist arguments difficult to swallow. Putting aside the issue of the Velikovskian interpretation of history and legend, the impact rate is still constrained by the cratering history of the Moon, which reflects the long-term average. If there are huge "spikes" in the frequency of impacts, produced by the break-up of giant comets, they must be compensated by much lower flux rates between peaks. Yet Clube, Steel, and their colleagues simultaneously assert that the consensus group underestimates the current impact rate, and that a big spike is coming. You can't have it both ways. If they are correct that almost all impacts occur during the spikes, then the presen

t danger must be very low, and we have centuries to prepare to deal with the next peak. But they don't see it that way, and neither do the authors of several recent books.”


In the meantime I ran across a recent newspaper article in the Vancouver Sun, based on the findings of an international research team, who concluded that the extinction of mammoths and the decline of Stone Age people about 13,000 years ago was caused by a low-density object (probably a comet)—not by overhunting by Paleoindians, climate change or disease. They suggest that this object “exploded in the upper atmosphere and triggered a devastating swath of destruction that wiped out most of the large animals, their habitat and humans of that period.” Ted Bunch, NAU adjunct professor of geology and former NASA researcher who specializes in impact craters, said that “the detonation either fried them or compressed them because of the shock wave. It was a mini nuclear winter.” Bunch and Jim Wittke, a geologic materials analyst at NAU co-authored a paper that targets an extraterrestrial impact 12,900 years ago for the mass extinctions at the end of the Ice Age.

A scary post. There have been movies covering this, and the widely held belief that the dinosaurs perished this way. The fact is, there is nothing to stop a massive impact hitting the earth.

You're right. There are two schools of thought on this too regarding strategies. One focuses on the huge NEOs and the other focuses on the smaller ones. Either way, it's all kind of scary, as you say...

Fascinating! Your blog posts always give me such good ideas for stories. :)

Indeed, it is scary blog, but not so much anymore now that I've been reading a bit on this subject. And, your post is not far off. I've been reading "The Cycle of Cosmic Catastrophes" by Richard Firestone et al, which is a good book. I'm not so fond of its theory, but rather intrigued by the evidences of impacts on Earth as occurred a long time ago.

I think you might find this blog interesting if you had not read it:
http://laura-knight-jadczyk.blogspot.com/2007/03/forget-about-global-warming-were-one.html

Great blog, by the way.

In the First Century AD, the Apostle John wrote an apocalyptic book called "Revelation" in which he described among many "end-time" events the collision of a star called Wormwood with Earth. Revelation states:

Rev. 8:10-11: The third angel sounded his trumpet, and a great star, blazing like a torch, fell from the sky on a third of the rivers and on the springs of water-- the name of the star is Wormwood. A third of the waters turned bitter, and many people died from the waters that had become bitter.

Wormwood is a botanical herb commonly known for its bitterness. See Botanical.com. It was used a pesticide, medicinal tonic and liqueur ingredient. The term "wormwood" was often used to describe "extreme bitterness".

Let us consider the possibility of a "star" turning the waters bitter on Earth. The term "star" in classical terminology lacks the modern astronomical sense. It could have been referring to a comet. asteroid, "sun-like" star or planet. Since the possibility of a planet or sun colliding with earth is infinitesimal, we will eliminate this possibility.

A Scientific Explanation For The Wormwood Star

The Wormwood prophecy cites a "great star, blazing like a torch". Comets are well known for their blazing tails, due to ionization of their gases by the Sun. Either an asteroid or comet could manifest a blazing tail on their entry into Earth's atmosphere. With respect to a comet's impact with a planet, astronomers have recently tracked the collision of the "Shoemaker-Levy 9" comet with the planet Jupiter and were able to confirm many of their theories.

Various scientific scenarios have been theorized on the effects of an asteroid or comet's collision with Earth. An applicable scenario theorizes a chemical change in the atmosphere due to "heat shock" during entry and/or impact of a large asteroid or comet, reacting Oxygen and Nitrogen in the atmosphere to produce Nitric Acid rain. The bitterness produced by the Wormwood Star upon a third of the Earth's potable waters could be the Biblical prediction of "acid rain" from the "heat shock" of a large comet or asteroid's impact with Earth.

The Hooper Natural Science Museum in Ottawa, Canada cites a scientific theory that postulates "atmospheric chemical changes" from the impact of an asteroid or comet with the Earth. See the statement below:

When an asteroid enters earth's atmosphere there are two occurrences of extreme shock. The first occurs as the asteroid enters the atmosphere. The second, more important one, occurs when the ejecta plume (the ejected debris caused by an impact) enters the atmosphere (Zahnle, 1990). This shock causes the breakdown of the oxygen (O2) and the nitrogen (N2) molecules found in our atmosphere. Through a series of chemical reactions the dissociation of the nitrogen and oxygen forms NO which is then converted into NO2. These two molecules can produce acid rain (HNO3) (Prinn and Fegley, 1987). In 1987 Prinn and Fegley determined the atmospheric consequences of a "large" comet impact versus a "small" comet impact. They assumed the "large" impact comet had a mass of 1.25 x 1016 Kg traveling at a velocity of 65 Km/s. As for the "small" impact asteroid, they assumed it had a mass of 5 x 1014 Kg traveling at a velocity of 20 Km/s. It is important to note that these two objects are possible bolides that hit the earth 65 million years ago.

Conclusions of the Large Impact Scenario

If the comet scenario occurred, 7 x 1040 molecules of NO would have been produced and subsequently converted into acid rain. (See chemical reactions) This would have caused a global dispersal of acid rain with a pH of 0-1.5. On the continents the acid rain would have weathered the soil removing many of the insoluble elements ( for e.g. Be+2, Al+3, Hg+2, Cu+, Fe+2, Fe+3, Ti+3, Pb+2, Cd+2, Mn+2, Sr+2). These elements would end up in soil water, streams, rivers, lakes, etc., causing a problem as some of these elements are known for their toxicity towards plants and animals (e.g. Al, Be, Ti, Hg). As for the oceans, the global acid rain would lower the pH of the mixed layer (the top 75 M of the ocean) to a pH of 7.8, breaking down the calcareous shells of organisms that thrive in the mixing zone.

Conclusions of the Small Impact Scenario

If the "small" asteroid scenario were to occur, the amount of acid rain produced would be similar to the "large" comet scenario but only near the impact site. The global pH change would be rather insignificant.

Above statement is referred to Reference Link #4 (Hooper Museum Website)

Below are various links discussing asteroids and comets. I have focused particularly on the scientific scenarios of a comet or asteroid colliding with Earth, causing chemical changes in the atmosphere.