My Past, My Future: The First Peoples of Canada 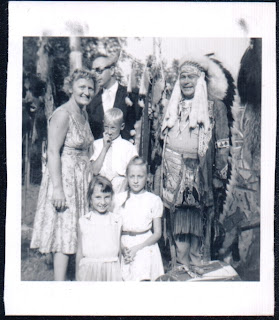 I’ve always proudly considered myself a Canadian. I was born in Canada. And, yet, I am very much a product of my European immigrant heritage, which is German and Romanian, from my two parents who came to North America shortly before I was born. In fact, I represent a legacy of mass migration from as far back as 1534 with European explorers Jacques Cartier and Samuel de Champlain. They came to a land already inhabited by the Iroquois or Haudenosaunee, and mistakenly considered them simple savages. It was a sad beginning to an uneasy history between the first nations peoples and their eventual usurpers.

I was blissfully unaware of any of that whe 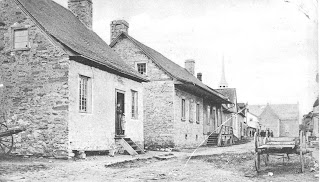 n I grew up in the Eastern Townships of southern Quebec. My parents used to take us to Caughnawaga, a native reserve village in the Laprairie county, on the south shore of the St. Lawrence River, whose museum catered to tourists with shows, crafts and historical props. The name Caughnawaga is an Iroquois word that means “village of the rapids”. Residents of Caughnawaga (or Kahnawá:ke) are known as “Mohawks” (but they call themselves Kanien:keha’ka: the People of the Flint). Mohawk, which means “eaters of flesh” or “man eaters” is a name given to them by the Dutch. But I didn’t know any of that either then. For me, Caughnawaga was a magical place, literally materialized from the western shows I watched on TV with romanticized historical figures like “Annie Oakley”, “Wild Bill Hickok” and “Chief Sitting Bull”. I had no concept of their culture, way of life, beliefs. 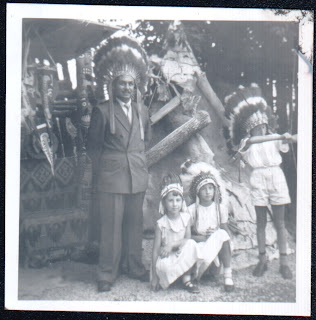 It was a long time before I educated myself sufficiently to realize that what I saw was strictly for our benefit, and did not even remotely represent who these people really were. What I learned was both humbling and inspiring. And made me wonder why I hadn’t learned this in school. Or was it me not paying attention again?...

The Iroquois or Haudenosaunee (People of the Longhouse), also known as the Six Nations, represent the indigenous people that originally occupied extensive lands in what is now New 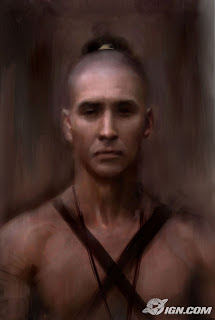 York State, southern Quebec and Ontario, Canada. A confederacy that stretched the vast region from the Hudson River to the central Great Lakes comprised the Cayuga, Oneida, Onondaga, Mohawk and Seneca Nations, which formed the first “League of Nations” in North America. In the mid-1700s the Tuscarora joined, becoming the sixth member nation. The leaders of the Haudenosaunee have always considered three principles when making decisions: will a decision threaten peace, the natural world or future generations. Historical evidence suggests that the Iroquois played a significant role in the 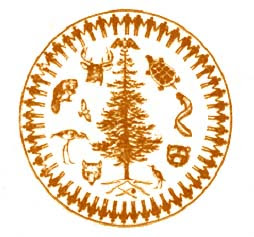 development of democratic principles in North America by influencing Benjamin Franklin, who was instrumental in developing the American Constitution. The Great Seal of the Haudenosaunee represents the unbroken circle of fifty Chiefs who father around the Great Tree of Peace. The Tree itself symbolizes the protective power that results when people gather in friendship to promote peace.

Another fascinating fact about the Haudenosaunee is their matriarchal-based legend of creation. There are several versions of the legend but all of them involve the Sky Woman. Here is one I particularly like:

“In the beginning there was no earth to live on, but up above, in the Great Blue, there was a woman who dreamed dreams.

One night she dreamed about a tree covered with white blossoms, a tree that brightened up the sky when its flowers opened but that brought terrible darkness when they closed again. The dream frightened her, so she went and told it to the wise old men who lived with her, in their village in the sky.

"Pull up this tree," she begged them, but they did not understand. All they did was to dig around its roots, to make space for more light. But the tree just fell through the hole they had made and disappeared. After that there was no light at all, only darkness.

The old men grew frightened of the woman and her dreams. It was her fault 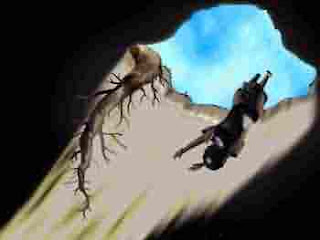 that the light had gone away forever. So they dragged her toward the hole and pushed her through as well. Down, down she fell, down toward the great emptiness. There was nothing below her but a heaving waste of water and she would surely have been smashed to pieces, this strange dreaming woman from the Great Blue, had not a fish hawk come to her aid. His feathers made a pillow for her and she drifted gently above the waves.

But the fish hawk could not keep her up all on his own. He needed help. So he called out to the creatures of the deep. "We must find some firm ground for this poor woman to rest on," he said anxiously. But there was no ground, only the swirling, endless waters.
A helldiver went down, down, down to the very bottom of the sea and brought back a little bit of mud in his beak. He found a turtle, smeared the mud onto its back, and dived down again for more.

Then the ducks joined in. They loved getting muddy and they too brought beakfuls of the ocean floor and spread it over the turtle's shell. The beavers helped-- they were great builders-- and they worked away, making the shell bigger and bigger.

Everybody was very busy now and everybody was excited. This world they were making seemed to be growing enormous! The birds and the animals rushed about building countries, the continents, until, in the end, they had made the whole round earth, while all the time the sky woman was safely sitting on the turtle's back.

And the turtle holds the Earth up to this very day.” 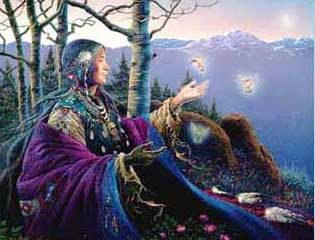 Thanks, Jennifer. The stuff of life, eh? Lots of memories there...

A truly excellent post, with depth, quality and pictures.

Thanks, Jean-Luc. They are truly an interesting people and my schooling has only just begun... :)

I love this post as well. In the oral history of my family, it is said that one of my ancestral grandmothers was adopted by, and married into, the Iroquois nation. This makes me only about 1/16th Iroquois, but it was enough to stimulate the curiosity of my youth. I spent a lot of study hall time in the library, reading and listening to the myths and legends of the Native American people. It had a profound effect on who I am today.

Ah...I thought there was something special about you, Tricia! The legends are wonderful, aren't they? We can learn so much from their philosophy, particularly how they see the earth and our environment...as one. See my next post... :)

I enjoyed your post sfgirl. I have always been intrigued by the history of the Native Americans.
I see so many parallels with Africa. I went on a journey of discovery after I left home, but in my case it was to challenge and set aside the prejudices that had been instilled into me from childhood.

Hello, My name is Towanna Miller and I'm Mohawk from Kahnawake (use to be known as Caughnawaga). I am an artist creating paintings from our legends. Those of you that are interested can see my art at http://www.myspace.com/khanowine

I have also attached stories to the paintings. I will be in Chicago at The Artist Project, located at the Merchandise Mart from April 24th-28th 2008, with all of the originals FOR SALE.

P.S. I enjoyed your blog and the old time photos. I have also spent many years in compiling my family tree. So far I can go back to the time of Eunice Williams during the time the bell came to our Kateri Tekawita Catholic Church. Im not Catholic, I go to our traditional longhouse.
Nia:wen gowa, Onen (thank you and bye)

Thanks for your comments, max-e, particularly for your honesty and integrity. I also see parallels with Africa, having travelled there.

Towanna, thanks for posting here and particularly for posting a link to your art work. Wonderful! How did the Artist Project go?