The Science & Magic of Love

Today bloggers unite in a “Blog Against Abuse” campaign to STOP ABUSE. I want to respect that in today’s post. But I also want to concentrate on the opposite: unconditional love, the seed of altruism, hope, forgiveness, compassion, honesty, courage and honor. And ultimately the victor over abuse. If you wish you can go here where I had earlier posted an article—and a short story—on bullying. But back to love, the ultimate balm and healer of all abuse:

In her book, “Why We Love: the Nature and Chemistry of Romantic Love”, Rutgers anthropologist Helen Fisher, Ph.D., tells us that a biological/chemical cocktail of dopamine, spritzed with norepinephrine—preferably shaken not stirred—is the can’t-fail 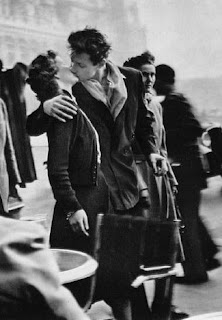 love potion for love.
After six years of dedicated research into romantic love, Fisher doggedly pursued, according to Liesl Schillinger of The New York Times, “such gauzy questions as: “who loves, only humans or the entire animal kingdom? What is love and how is it different from lust? Why does love linger? What makes it leave and how can one recover from its loss? What is the Darwinian justification for romantic attachment and why does nature allow disappointment in love to rankle so painfully that its victims sometimes kill their rivals, or even their former lovers?”

According to Fisher and other scientists, the process of love closely follows that of a chemical addiction. “Dopamine is associated with all addictions,” says Fisher. “It’s related to craving, heightened energy, and motivates us to win a reward.” She goes on to explain that “We all have a sex drive, and this is what gets us out looking for anyone. But it’s in the second stage, the romantic love, where we get elated and euphoric and begin to focus on mating. The third circuit, attachment, evolved so we could learn to tolerate the individual from stage 2 at least long enough to raise a child through infancy.” Heightened dopamine and lowered serotonin accompany the early obsessive part of romantic love (usually one to three years, according to Fisher), followed by a dopamine plateau and integral role of “cuddle drug” oxytocin. In the attachment phase feelings of belongingness, security and “being connected in some way” prevail. Oxytocin is a hormone that controls maternal behavior (e.g., like the uterus contracting during birth and the production of milk). Oxytocin is produced naturally in the brain, in the hypothalamus, and is released when a couple becomes physically intimate.
It is stimulated by touch, massage, kissing and the conscious nurturing of one another. It rises dramatically when women and men have an orgasm, producing strong bonding. In women it increases trust and immediately produces feelings of attachment. Oxytocin also increases a man’s sperm count, facilitates sperm transport and strengthens male ejaculation in addition to providing feelings of protectiveness. A couple’s repeated intimate encounters strengthen their bonding.

This is borne out by two very different species of voles. The prairie vole, one of the few animal species (just 3%) to form monogamous relationships, mates for life; whereas its cousin, the montane vole mates indiscriminately with new partners. According to scientists, the montane vole lacks a receptor for oxytocin and vasopressin (its related male hormone). Mating for the montane vole, therefore, does not produce bonding.

Schillinger concludes rather cynically that “if, as Fisher states, 90 percent of prairie voles stick with one mate for life because they’re good dopamine producers and have a sprig of DNA that enhances loyalty, and if norepinephrine automatically floods the brain of a ewe who’s on the prowl every time she sees a ram’s face, and those same chemicals burble through the human brain in love, will people one day be able to modify and medicate passions we once regarded as ungovernable? Will not only lust but love be buttressed, cured or even created with a prescription?”

In a compelling article for the Beverly LaHaye Institute, Janice Shaw Crouse eloquently answers Schillinger’s challenge. A study at the University of California, San Francisco (UCSF), demonstrated that the production of oxytocin varied among women according to the level of distress and anxiety or the degree of security in their relationships. Crouse goes on to say that women who had fewer negative emotional relationships in their lifetime experienced greater oxytocin production with higher responsiveness; the corollary being that those whose relationships were not grounded in loving, trustworthy, considerate and selfless behavior found it increasingly difficult to bond.

Crouse follows through with a caution that resonates with compelling truth: “sex with the right person [your long-term mate] produces a psychochemical cocktail that can yield absolute, unconditional and uninhibited love for each other (orgasm causes levels of oxytocin to increase 3 to 5 times above normal)…to casually “hook up” is to risk short-circuiting all future relationships. The chemical reaction that takes place during orgasm prepares the body and heart for a relationship. When the relationship does not develop, the person’s bonding ability and ability to trust is undermined.”

Despite the basis for these scientific precepts, the greater force of love in all its facets, from romantic to divine, doesn’t really work within the confines of traditional chemistry, physics or even biology. It is a phenomenon—a quality—that transcends all these and enters the realm of “magic”, of otherly. Love isn’t something you parcel out in finite q

uantities and are left ultimately with nothing. Love can’t be calculated, added or subtracted. In fact, it is one of the few things that by giving it away you are left with more. Love is an oxymoron that defies physics just as endosymbiosis, fluctuation theorem (or any form of autopoiesis) defies the second law of thermodynamics. It is one of God’s miracles that we receive and give, like creating life (one of love’s own offspring). Love will forever defy science by demanding artistic and spiritual appreciation.

It was Einstein who said that “After a certain high level of technical skill is achieved, science and art tend to coalesce in esthetics, plasticity, and form. The greatest scientists are always artists as well.” Gee…I knew that…I had long ago reached a point in my scientific pursuits where I’d realized that I had burst through the barrier of scientific truth only to return “home” to a spiritual truth, and ultimately God’s truth.


A human being is a part of a whole, called by us 'universe', a part limited in time and space. He experiences himself, his thoughts and feelings as something separated from the rest... a kind of optical delusion of his consciousness. This delusion is a kind of prison for us, restricting us to our personal desires and to affection for a few persons nearest to us. Our task must be to free ourselves from this prison by widening our circle of compassion to embrace all living creatures and the whole of nature in its beauty — Albert Einstein

So, when the Beatles said,

They were very close and a bit ahead of their time.

Love is something that we need, sometimes even more than food. It is what we are as a species. I'm content to leave it at that, myself.

The way it works is interesting, but nothing changes the need. There's no reason to not just go with it.

Yeah...very well said, Delmer and Erik...Love: "it is what we are as a species." I love that, Erik. Thank you.

And, yeah, the Beatles WERE ahead of their time...

Love with one's soul mate is perhaps the best way one to be able to fulfil their sexual and loving feelings to the fullest.

Thanks, Jean-Luc...Soul mates, now that's a whole other topic!

Anonymous said...
This comment has been removed by a blog administrator.
December 1, 2008 at 8:09 PM

Well,despite the basis for these scientific precepts, the greater force of love in all its facets, from romantic to divine, doesn’t really work within the confines of traditional chemistry, physics or even biology. it is really informative. Keep posting!

So beautiful post I have founs here. Lovely reading and good sharing. Thanks.

Great post. I think pheromone cologne are worth giving a try to boost your romance and lovelife.