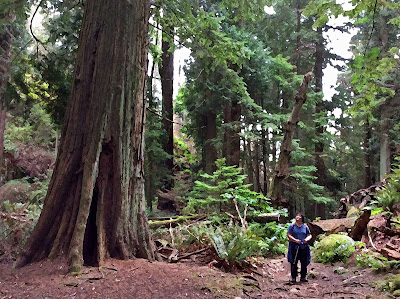 All indigenous peoples incorporate Nature in their beliefs, philosophies and way of life. They conduct themselves with humility and the utmost respect for the natural world they are part of. They do not separate themselves from the sacredness of creation and the evolving world of matter and energy. All matter is living and has a soul, connected to the “oneness”. European settlers dismissed their wisdom as primitive and simple. How wrong the settlers were. How simple the settlers were. For this is the wisdom of quantum physics. Have we—their descendants—changed? 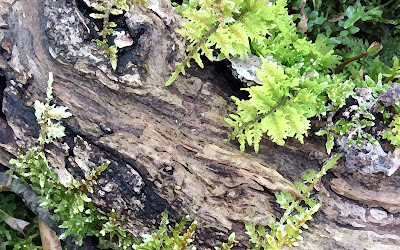 If COVID-19 has taught us anything I hope it is to live with less and rejoice in it. To be grateful for what we have. To take joy in acts of kindness to others. For to live with less is to give more and live lightly and sustainably for this dear planet of ours, our boon. Our sustenance. Our friend. Why is it, then, that we have ceased to converse with Her? We no longer communicate with Nature and Gaia. We’ve isolated ourselves with hubris and greed and the pursuit of wealth and power.  We’ve become unruly self-centred bullies who think somehow that Homo sapiens alone was ordained by God to rule this planet. But there is no ruling Her. Why do we still cling to the ancient human-centred philosophies that have created “the other”? Descartes expounded that no other life or being other than “man” had a soul. Or feelings, for that matter. This preposterous notion has carried on for over six hundred years into today’s abhorrent racism, the creation of homo sacer, creation of property, subjugation of women by men, patriarchy, androcracy, cruelty to animals, deforestation and so much more that ails us and the world.

COVID-19 is but one iteration of a conversation Nature is trying to have with us. She is talking to us in words of climate change, storms, disease and pandemic. She is telling us something and we aren’t listening. Her message is clear: live in partnership. Live in humility and joy. Live the galanic life of cooperation, respect, and kindness to ALL THINGS in a world with no “others.” If we don’t start listening, we will find ourselves more than alone… 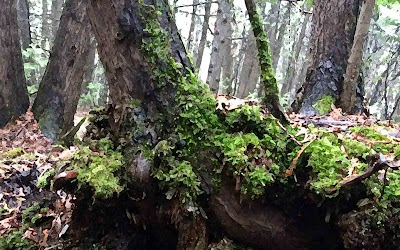 So, on this day, this Indigenous Day, I exhort you to go out into Nature. Hug a tree. Tell it that it is beautiful. Thank it for its shade. Feel its corky bark. Feel the miracle of creation sing through you. Touch a leaf, feel its supple texture and filigree of intricate markings and imagine the chloroplasts swimming inside, trapping energy from the sun. Smell the earth and breath in the beauty of this day. 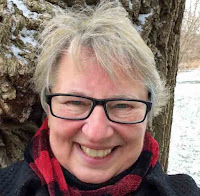 Nina Munteanu is a Canadian ecologist / limnologist and novelist. She is co-editor of Europa SF and currently teaches writing courses at George Brown College and the University of Toronto. Visit www.ninamunteanu.ca for the latest on her books. Nina’s bilingual “La natura dell’acqua / The Way of Water” was published by Mincione Edizioni in Rome. Her non-fiction book “Water Is…” by Pixl Press (Vancouver) was selected by Margaret Atwood in the New York Times ‘Year in Reading’ and was chosen as the 2017 Summer Read by Water Canada. Her novel “A Diary in the Age of Water” was released by Inanna Publications (Toronto) in June 2020.
Posted by Nina Munteanu at 10:50 AM No comments:

On Writing “A Diary in the Age of Water”

How does any fire begin? With a spark. 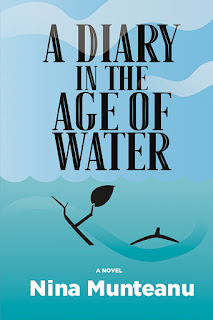 In Summer of 2016, I attended a talk given by Maude Barlow on water justice. The radical talk was based on her recent book “Boiling Point”, a comprehensive exploration of Canada’s water crisis—a crisis that most Canadians weren’t—and still aren’t—aware. Canada is steward to a fifth of the world’s fresh water, after all. It is a water-rich country. Of the dozen largest inland lakes in the world, Canada holds eight of them. So, why water crisis? Well, Maude explains. And you should read “Boiling Point.” It will open your eyes to the politics of water and how multinational corporations—like Nestlé—are already grabbing and funneling water away from Canadians and into the global profit machine.

Maude’s talk was in a church on Bloor Street. I sat close to the front to best see her. But I soon noticed that many people had elected to sit in the gallery above. I found myself focusing on a young mother and her little girl. The girl had some paper and crayons and was busy with that as the enthusiastic mother listened to Maude deliver dire facts about corporate water high-jacking and government complicity.

I saw a story there.

What mother would take her pre-school child to a socio-political talk on water? I would later reflect that memory of the mother and her little girl through my characters Una and her little daughter Lynna, the diarist in my novel “A Diary in the Age of Water” (due for publication in June 2020 with InannaPublications).

The spark for my novel began with a short story I was invited to write in 2015 about water and politics in Canada.  I had long been thinking of potential ironies in Canada’s water-rich heritage. The premise I wanted to explore was the irony of people in a water-rich nation experiencing water scarcity: living under a government-imposed daily water quota of 5 litres as water bottling and utility companies took it all. I named the story “The Way of Water.” It was about a young woman (Hilda) in near-future Toronto who has run out of water credits for the public iTap; by this time houses no longer have potable water and their water taps have been cemented shut; the only way to get water is through the public iTaps—at great cost. She is two metres from water—in a line of people waiting to use the tap—and dying of thirst. 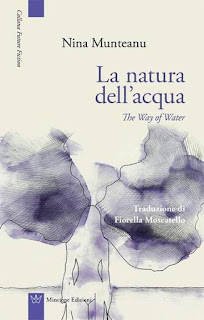 “The Way of Water” captures a vision that explores the nuances of corporate and government corruption and deceit together with global resource warfare. In this near-future, Canada is mined of all its water by thirsty Chinese and US multinationals—leaving nothing for the Canadians. Rain has not fallen on Canadian soil in years due to advances in geoengineering and weather manipulation that prevent rain clouds from going anywhere north of the Canada-US border. If you’re wondering if this is possible, it’s already happening in China and surrounding countries.

The story first appeared in 2015 in Future Fiction, edited by Francesco Verso, and in 2016 as a bilingual (English and Italian) book and essay published by Mincione Edizioni in Rome. The story was reprinted in magazines and anthologies several times since, including “Cli-Fi: Canadian Tales of Climate Change Anthology” (Exile Editions, Bruce Meyer, ed), in 2017, Future Fiction: New Dimensions in International Science Fiction (Francesco Verso & Bill Campbell, eds; Future Fiction / Rosarium Publishing, Rome and Greenbelt, MD) in 2018; and in Little Blue Marble Magazine (Katrina Archer, ed) in January, 2019. “The Way of Water” received generous praise from review sites and the press worldwide.

After the success of this short story, I realized that I needed to tell the larger story—how did the world—Canada—get to where Hilda was? Her mysterious mother, the limnologist Lynna who was taken away by the RCMP in 2063, clamored for more attention. I remembered that four-year old girl and her mother in the gallery at Maude Barlow’s talk on water politics. And I thought of my characters: young Lynna and her mother Una. How does a daughter of an activist mother behave and think? How best to express her voice? I had earlier written a short story that was a mix of correspondence (emails) and third person narrative (“The Arc of Time” in Natural Selection), which I felt captured the voices of the characters well. I realized that a diary by Lynna would be an ideal way for her to express her unique worldview and cynicism—yet allow her vulnerable humanity to reveal itself through this unique relationship with her diary. The remaining characters and their narratives emerged easily from there: Una, her activist mother; Daniel, her conspiracy theorist colleague (and her conscience); Orvil, the water baron (and lover she betrayed); and Hilda, her “wayward” supposedly mind-challenged daughter—who appears in the short story that takes place later. 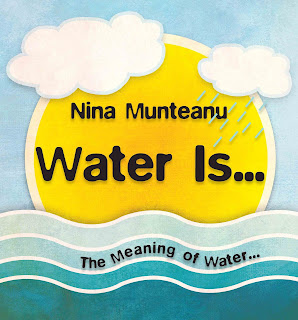 I had a lot of material; I had already been researching water issues and climate change in my activism as a science writer and reporter. I had recently published “Water Is… The Meaning of Water”, essentially a biography of water, written from the perspective of mother, environmentalist and scientist. I had practiced as a limnologist for over twenty-five years and could mine my various personal experiences in the field, lab and office with genuine realism. I chose Wetzel’s Limnology (the classic text book I used in my introductory limnology course) for quotes to each of Lynna’s entries; this added an opportunity to provide additional metaphor and irony through Lynna’s scientific voice. I placed the child Lynna (who was born in 2012) into actual events in Toronto, where I currently live. This pushed the story further into the area of documentary and blurred the lines between fiction and non-fiction to achieve a gritty and textured reality. Lynna also taught limnology at the University of Toronto, where I currently teach.

Just as “Water Is…” served as a watershed for all my relevant experiences as mother, environmentalist and scientist, “A Diary in the Age of Water” would galvanize many of my personal experiences, doubts, challenges and victories into compelling story. Although parts of the story wrote themselves, the entire book was not easy to write. There were times when I had to walk away from the book to gain some perspective—and optimism—before continuing. When I found myself drowning in Lynna’s voice, I invoked Hilda to guide me to shore. I found a balance that worked and compelled. Ultimately this opened to some of the best internal conflict and tension I have experienced in my writing. 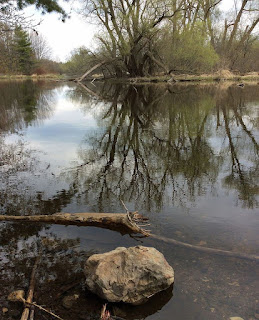 Like water itself, A Diary in the Age of Water expresses through many vessels and in many perspectives, spanning hundreds of years—and four generations of women—with a context wider than human life. Through its characters, ADiary in the Age of Water explores the big question of humanity’s deadlock with planetary wellness and whether one is worth saving at the expense of the other. One of the characters asks Lynna the hard question: “If you had the chance to save the planet [stop the mass extinctions, deforestation and pollution ravaging the planet], but it was at the expense of humanity, would you do it?”

Water is, in fact, a character in the book—sometimes subtle and revealed in subtext, other times horrific and roaring with a clamorous voice. Water plays both metaphoric and literal roles in this allegorical tale of humanity’s final journey from home. The story explores identity and our concept of what is “normal”—as a nation and an individual—in a world that is rapidly and incomprehensibly changing—and in which each of us plays a vital role simply by doing or not doing.

Nina Munteanu is a Canadian ecologist / limnologist and novelist. She is co-editor of Europa SF and currently teaches writing courses at George Brown College and the University of Toronto. Visit www.ninamunteanu.ca for the latest on her books. Nina’s bilingual “La natura dell’acqua / The Way of Water” was published by Mincione Edizioni in Rome. Her non-fiction book “Water Is…” by Pixl Press (Vancouver) was selected by Margaret Atwood in the New York Times ‘Year in Reading’ and was chosen as the 2017 Summer Read by Water Canada. Her novel “A Diary in the Age of Water” will be released by Inanna Publications (Toronto) in June 2020.

Posted by Nina Munteanu at 7:25 AM No comments: