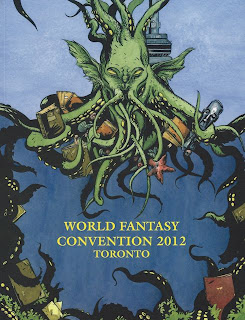 On November 1-4, 2012 I did a cool thing: I participated in a world event about the fantastic. Since its inception in 1975 in Providence, Rhode Island, World Fantasy Convention (WFC) has been held in a different location in the world each year (next year the WFC will be held in Brighton, UK, returning for the first time to England since 1997 when London hosted the WFC). This year, World Fantasy Convention happened on my doorstep: Toronto, Canada. Despite being primarily an author of science fiction, I just had to go. Besides, I’d just released my first fantasy novel “The Last Summoner” (Starfire), currently enjoying some popularity in Canada and the United States.
Themes & Other Terribly Wonderful Things 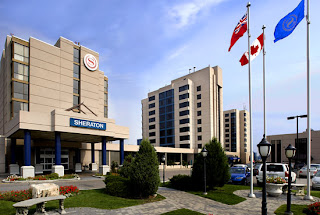 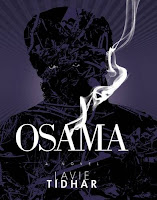 The World Fantasy award for best novel went to Lavie Tidhar’s “Osama”, published by British small press PS Publishing. Tidhar’s story, said to stretch the boundaries of the genre, beat out stiff competition from Stephen King’s “11/22/63”, George RR Martin’s “A Dance With Dragons”, Jo Walton’s “Among Others” and Christopher Buehiman’s “Those Across the River”. For a full list of nominees and winners of the 2012 World Fantasy Awards, you can go to the Tor site.

2012 World Fantasy Awards and Lifetime Achievement winners included Alan Garner and the prolific and well-loved George R. R. Martin.
The con also hosted an immense book signing, in which zealous book collectors had a field day. Snaking line-ups of eager readers with stacks of books under their arms cued for the likes of Elizabeth Hand, Patricia Briggs, Larry Dixon, Charles de Lint, Mercedes Lackey, Patrick Rothfuss, Tanya Huff, Guy Gavriel Kay, Jo Walton, Alan Garner, Joe Haldeman, Robert J. Sawyer, Julie Czerneda, and so many more (too many to name them all here).
Panels & Other Possibilities
Between important meetings at the Hotel’s Spirits Lounge and the nearby Fox & Fiddle drinking establishment with friends, colleagues, future colleagues and strangers who would soon be friends, I attended a few choice panels. Panels were wonderfully diverse and interesting. Subjects included the obvious media topics of Urban Fantasy and Steampunk but also explored more erudite literary areas such as editing, self-publishing and the moving target of other publishing paradigms.
A panel entitled “New Twists on Accepted Myths” moderated by publisher Virginia O’Dine and made up of authors Marie Bilodeau, Mercedes Lackey, and anthropologist Meg Turville-Heitz, had me both laughing and thinking with the lively banter between authors, publisher, and academic. Panelists happily wandered rich territory from the traditional application of classical “King Arthur” to the irreverent slanting of Ragnarok.
Several panels were devoted to the blur in fiction between reality and the fantastic. In an early morning session that was mysteriously well-attended, called “Reality Made Fantastic or Fantastic Made Real”, L.E. Modesitt moderated an eclectic and international panel of authors, academic and literary agent.  He asked panelists Isobelle Carmody, Sally Harding, Karl Schroeder, Delia Sherman, and Greg Wilson to discuss topics from world-building, urban settings and characterization to why there is always a bowl of unrecognizable green dip in the hospitality suite at world fantasy cons.
Several panels discussed the changing face of the industry. Panelists including seasoned professional editors such as Ellen Datlow and Gordon Van Gelder to academics such as Robert Runté discussed topics that ranged from the role of the editor to e-publishing and the rising wave of self-publishing. At some point, discussions naturally slid to personal gripes about anything from devices like Kobo and Kindle to why you should love—or hate—Amazon and the alien-wisdom of Apple.
Hospitality & Why I Really Came
Speaking of the hospitality suite—well, I was a paragraph ago—the food and drink provided to attending members was outstanding. The suite, large and cozy with French-style furniture and tiny tables, became a focal center for foraging nomads. Most times, I had to pick my way through the snaking line of outstretched legs as parked members blithely ate and chatted in the hallway. The suite was a microcosm of the convention, where members met, drank coffee, visited over food and traded stories from around the world.
It is called a World Fantasy Convention, after all. I met people from Sweden, the UK, Iceland, Denmark, the Netherlands, Germany, France, Israel, Australia, USA, and Canada. We discussed anything from the mysterious green dip and American politics (no connection, really) to why American writer Suzanne Collins’s “Hunger Games” became so popular in North America but not so much in Europe and Asia.
I met old friends I hadn’t seen since I moved from the west coast to the east coast of Canada and renewed my contacts with colleagues, editors, publishers and fellow authors.
In a way, the World Fantasy Convention is really a giant annual business meeting. It is a place and time for professionals in the realm of the fantastic—authors, publishers, editors, reviewers and artists—to congregate at an excellent venue and trade ideas, stories, and history, conduct business, make new contacts, network generally, and have fun. It is an opportunity for those involved in the world of speculative, fantasy, and science fiction literature and art to renew, cross-pollinate and come away changed, vitalized and...well...fantastic.
I traded my business card with more people than I can remember, discovered some interesting opportunities, and counted my experience at this year’s world fantasy convention a great success. I was feeling pretty fantastic.
Next year, Brighton!

Nina Munteanu is an ecologist and internationally published author of novels, short stories and essays. She coaches writers and teaches writing at George Brown College and the University of Toronto. For more about Nina’s coaching & workshops visit www.ninamunteanu.me. Visit www.ninamunteanu.ca for more about her writing.
Posted by Nina Munteanu at 3:04 PM No comments:

A short while ago, I wrote a piece entitled "Writing about Truth and Other Lies". In it, I explored the notion of “truth”: quintessential divine truth, individual truth, corporate truth and so on. I used the example of the recent controversy over Proposition 37 to label genetically modified products in California. I call it controversy, because a debate is raging on the Internet about the benefit of this action. A debate fed by self-interest, greed, and mendacity. Truth has little to do with it, as far as I’m concerned.

Julia's Gift will soon become one of nine stories in a collection that is coming out early next year with Starfire entitled “Natural Selection”.

Post Script:
As a postscript to the subject of genetic engineering, which formed the basis for the premise of this short story, I must report that Proposition 37 (to identify all foods that have been genetically altered), was defeated through a vote by Californians. I am appalled and dismayed that otherwise intelligent citizens would choose to vote against their own and others best interests: the simple right to know a characteristic of their food product. It's not unlike making the choice between food that was grown a particular way vs. another (e.g., eco-friendly vs. not, or fish that were processed in one way vs another). Voting "No" to GE labeling is like saying "No" to labeling. It's like saying, "I don't want to know the expiration date of this luncheon meat I'm buying or that it has peanut-residuals in it that might not affect me but might affect little Billy down the street."
The FDA has decreed that there's no difference between genetically engineered and non-engineered plants. That's ridiculous. Of course they are different: one is engineered and the other isn't. It's that simple. So, why the great big fight then? Why did those huge companies like Monsanto, Dupont, Nestle, Coca Cola, Conagra, Kellogg, Dow, Bayer, BASF, Syngenta and others spend millions to defeat a bill that just asked them to label their oh-so-not-so-different product??? What are they afraid of?
We could chalk one more for the bullies ... likewise, we could chalk another one for a surrendered freedom ... Or, citizens can choose to learn something from it. And do our own labelling, based on the companies that chose against disclosure.
Here's my verdict and decision: I've chosen NOT to purchase anything by any company that chose against disclosure. Why? I no longer trust them. It's that simple. Thanks for revealing yourselves.

Posted by Nina Munteanu at 5:02 PM No comments: