The Man in Asbestos by Krista Peterson 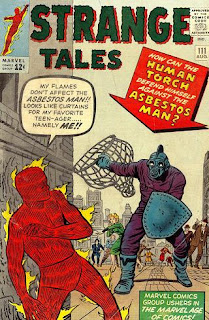 Although humorist Stephen Leacock was not known as a science fiction writer, his short story “The Man in Asbestos – An Allegory of the Future” follows in the dystopian tradition of other writers such as George Orwell and Aldous Huxley. In Leacock’s story, first published in 1911, the narrator, a “passionate student of social problems,” purposefully falls into a deep sleep for more than 1,000 years so that he can see a future in which nature has been conquered and all human struggles are things of the past. When he awakes, a man clad in a suit made entirely of asbestos explains this new world to the narrator, who slowly comes to realize that it may not be such a paradise after all.

Several themes run through the story – the dangers of technology, the significance of work, and the basic need for health and community. Whether or not Leacock was aware of the extent of the dangers of the mineral, the guide’s asbestos suit stands as a representation of humankind’s hubris toward not only nature, but also public health. A history of asbestos written by professors James Alleman and Brooke Mossman reveals that commercial use of asbestos in the Western world began toward the middle of the nineteenth century, though it didn’t hit its stride until the twentieth century. For decades it was considered a “magic mineral” for its heat-resistant capabilities and ease of combining with other materials. At the 1939 New York World’s Fair, asbestos company Johns-Manville exhibited a giant “Asbestos Man” to celebrate the usefulness of the substance. 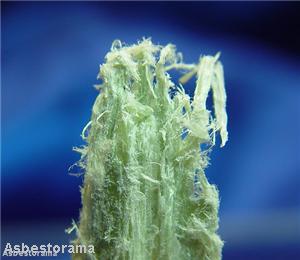 However, even in the time when Leacock wrote his story, it was known – though not widely – that asbestos could be dangerous, causing lung problems such as scarring, asbestosis, and mesothelioma cancer. Mesothelioma symptoms are dangerous not only in themselves, but also because they can be confused with those of less serious lung conditions until the disease is in its later stages. While it is not clear exactly how many employers or officials were aware of these dangers, it is clear that many of them continued using asbestos long after the risks were known. In fact, in 1930, the Johns-Manville company circulated an internal memo about worker fatalities attributable to asbestos, then several years later worked to suppress reports of these hazards in the media. 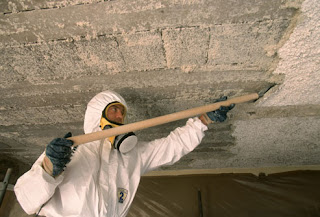 The natural environment has also suffered as a result of humankind’s momentary obsession with asbestos. Mining the mineral has caused significant damage to the earth and made entire towns – including Libby, Montana – completely unlivable. Both cats and dogs have been documented as suffering from mesothelioma and other lung problems as a direct result of asbestos exposure, and it is highly possible that many other animals are susceptible as well. Scientific American reports that asbestos is also by far “the most expensive pollutant in terms of regulation and removal,” drawing EPA funds away from other environmental problems. 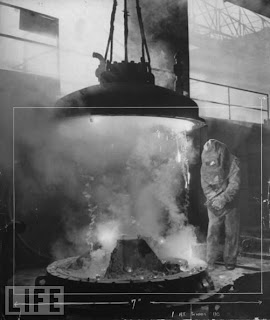 In Leacock’s satirical story, the “conquest of nature” involves taming the weather with machinery, eradicating the need for food through extensive agriculture, and generally showing a disregard for the complexity of life on earth. Though the Man in Asbestos claims that humankind has stamped out all diseases, the very clothes he wears presents a significant health risk that he seems oblivious to. Mesothelioma life expectancy is tragically low – the American Cancer Society puts the five-year survival rate at between 5 and 10 percent. Though Leacock may not have known it at the time, he dressed his guide to the future in a symbol of efficiency triumphing over human and environmental welfare.

Krista Peterson is a 23 year old student living in Florida. She is an aspiring writer with a passion for the health & safety of our community & environment. In her free time she enjoys reading, doing yoga, and playing with three 3 dogs. She is currently working on creating her own blog.
Posted by Nina Munteanu at 12:35 AM 7 comments: