Yesterday, Chapters-Indigo (Richport in Richmond) hosted an author's night, where I signed copies of The Last Summoner, my latest novel and first in the genre of fantasy (I'd published five science fiction books up to then). The Last Summoner (a Canadian Bestseller on Amazon) follows the tale of young 14 year old Vivianne Schoen, a baroness in medieval Poland who is chased as a witch through time into present day Paris, now ruled by Nazis.

I was joined at Chapters by five other cool authors for a book signing and discussion with readers.

Harry Kalensky, Davy Longworth and Allan Stanleigh signed copies of their graphic novel USNA. Set in a post Borg-like USA amalgamation of Canada ("we will absorb you..."), the story chronicles the rebellion of a few Canadians. When Lawyer Carol Wheeler and her teenage son encounter a rebel fugitive during a trip from Toronto to Calgary, their journey becomes a test of their courage and allegiances.

Samuel Blondahl signed copies of his hard science fiction novels Mercury and Mercury War (Books 1 and 2 of "The Anahita Chronicles"). This is an epic series in space exploration and colonization. When the stressed crew of the damaged starship Mercury stumble across a discovery, it shakes their understanding of the universe and their place in it.

Sarah Lane signed copies of her recent literary novel The God of My Art.

Lane's novel explores obsession with a lover as a source of artistic inspiration. Longlisted for the 2012 Amazon Breakthrough Novel Award, God of My Art "really takes off during a high and naked moment in a self-made steam hut in the woods," says Publishers Weekly.

I was delighted to return to Chapters Richport in Richmond, where I had signed copies of my first book there in 2007: Darwin's Paradox. It was like coming home. Thanks, Andrew, Ryan and Cashmere; you were gracious hosts! 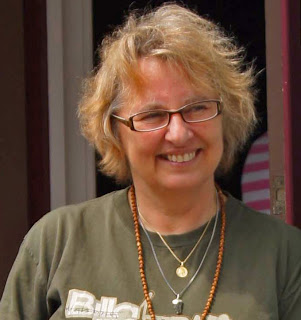 Join me at Chapters Richport (in Richmond, BC) for a reading and discussion of my historical fantasy The Last Summoner. I'll be joined by two other BC authors on July 26th from 5 to  8:30 pm in the Chapters store on Ackroyd Rd.

I tried to find out who the other two authors were but Chapters staff remained mysterious...OMG! Maybe one of them is William Gibson!

Come and grab a Starbucks coffee or chai and join us for diverting discussion and some cool readings.

I'll be reading from my historical fantasy The Last Summoner (Starfire). It's a medieval time travel tale that spans 600 years from Medieval Poland to present-day Paris. The story follows Baroness Vivianne Schoen, who discovers she can alter history--and she doesn't even have a Tardis! Alas, she's branded a witch and must flee through a time-space tear. Now in an alternate France ruled by Teutonic Knights, she must decide how to remake history. 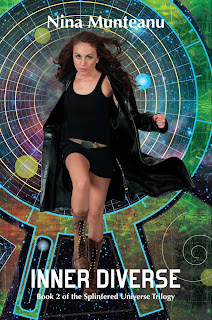 The Chapters reading and signing in Metro Vancouver is part of my tour, which began in Toronto about a month ago (Chapters-Indigo in Yorkdale Mall and Markham) and will include Calgary, Alberta August 8th at 7pm and 9th from noon-4pm (Sentry Box and Chapters Chinook Centre, respectively) where I'll be giving some workshops and participating in panels and readings at the Aurora Award-winning writing conference "When Words Collide".

I'll be joined by Dawn Harvey at Sentry Box and Chapters in Calgary. Dawn is an awesome voice artist and will be reading from the newly released Iambik audiobook Inner Diverse, the second book of The Splintered Universe Trilogy, and from The Last Summoner. 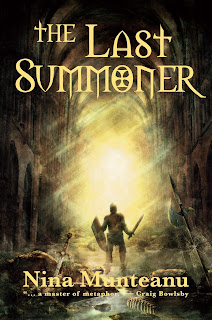 When Art Tangos with Science 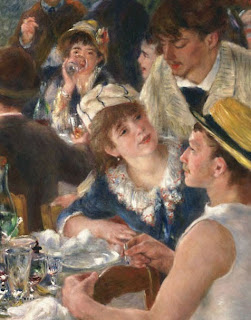 This article was previously published in Scribophile and A Hopeful Sign.
College of the Canyons teaches a course for K-12 teachers: "When Art and Science Tango"

Posted by Nina Munteanu at 12:28 AM No comments: 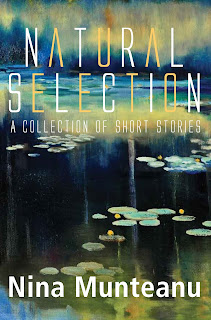 My collection of nine short stories was recently released through Pixl Press (Imprint of Starfire) in an anthology entitled "Natural Selection". The nine stories touch on various iterations of evolution, spanning a 20-year writing period starting in the 1980s with "Arc of Time" first published by The Armchair Aesthete in 2002 to "Julia's Gift" written in 2007, a significant year in my personal evolution.

A man uses cyber-eavesdropping to make love. A technocratic government uses gifted people as tools to recast humanity. The ruins of a city serve as battleground between pro-technologists and pro-naturalists. From time-space guardians to cybersex, GMO, and biotech implants, this short story collection by science fiction novelist Nina Munteanu promises a journey of great scope, imagination and vision.

Of one of the stories, Tangent Online says: "Angel's Promises is a stunning example of good storytelling with an excellent setting and cast of characters."

"Natural Selection" is available at Amazon, Barnes & Noble and other quality bookstores near you.

Posted by Nina Munteanu at 12:04 AM No comments: