Nina Talks to EAC on the Changing Face of Publishing

Some time ago, I gave a talk on the changing face of publishing and writing for editors at EAC in Toronto.

Posted by Nina Munteanu at 2:18 PM No comments:

In anticipation of watching the new release of the science fiction/fantasy thriller Jupiter Ascending this weekend, I ran across this recent February 7 2015 article on Bad Astronomy, by author and astronomer Phil Plait.

Jupiter is approaching opposition (when it’s opposite in the sky from the Sun), which means it’s as close to Earth as it gets for the year, Plait tells us. So, now is the time to observe it! Of course; I get two Jupiters in one month! In his article Plait gives good instructions on how to find and watch Jupiter (the planet, that is) if you have a telescope or even binoculars.

On January 24, 2015, says Plait, three of Jupiter’s largest moons crossed directly in front of Jupiter’s face at the same time. “This is called a triple transit, and it’s a relatively rare event,” writes Plait. Of course, the Hubble Space Telescope was there to take the most awesome shots of this phenomenon.

The image depicted here clearly shows the yellowish volcanic Io in the upper right. Europa is on the
lower left and Callisto to its upper right (Ganymede, the fourth of the larger moons, is not in the picture). The moons’ shadows are clearly cast on Jupiter’s massive streaked face of swirling hydrogen, helium, methane, water vapor, ammonia and silicon-based compounds. Traces of carbon, ethane, hydrogen sulfide, neon, oxygen, phosphine and sulfur, benzene, and hydrocarbons exist in Jupiter’s atmosphere. Its outermost layer contains frozen ammonia crystals.

Plait explains how studying the positions of the shadows shows the relative orbital distances of the moons around Jupiter. Europa with its ice-covered liquid ocean, for instance has a much closer orbit to Jupiter than Callisto.

The dark belts and light streaks of Jupiter are a spinning highway of turbulent atmospheric gases circling the planet in opposite directions. You can see the turbulent swirling vortices at their boundaries, where the to and fro meet.

Plait shows a spectacular video of the triple transit over Jupiter’s spinning face. Jupiter’s rotation is the fastest of all the Solar System’s planets, taking less than 10 hours for this gas giant to spin once. Plait noted the different orbiting speeds of Europa’s rapid and Callisto’s more languid orbits.

Jupiter has dozens of moons; thirty seven discovered so far. Astronomers have classified them into two major groups: the regular moons with nearly circular orbits near the plane of Jupiter (believed to have formed with Jupiter); and irregular moons with elliptical and inclined orbits (believed to be captured asteroids or their fragments). Hubble’s video captured two of these lumpy rocks. One, called Amalthea, is about 250 km along its long axis. Thebe is about 100 km across. Amalthea was the first moon of Jupiter discovered since Galileo spotted the big four; it was found in 1892. Thebe was discovered when Voyager 1 flew past it in 1979.

In a few days, after I’ve seen the film, I’ll let you know which “Jupiter” is more fascinating. 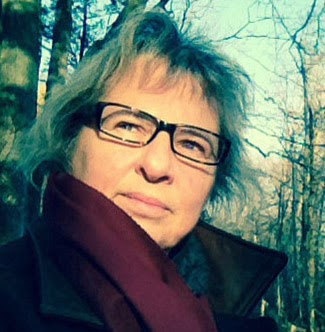 Posted by Nina Munteanu at 10:33 AM No comments:

When Monique wrote me to tell me how she had enjoyed my SF thriller Darwin's Paradox, set in post climate-change Ontario Canada, I was delighted. But she did more; she included her favourite passage! Here it is from Page 68: 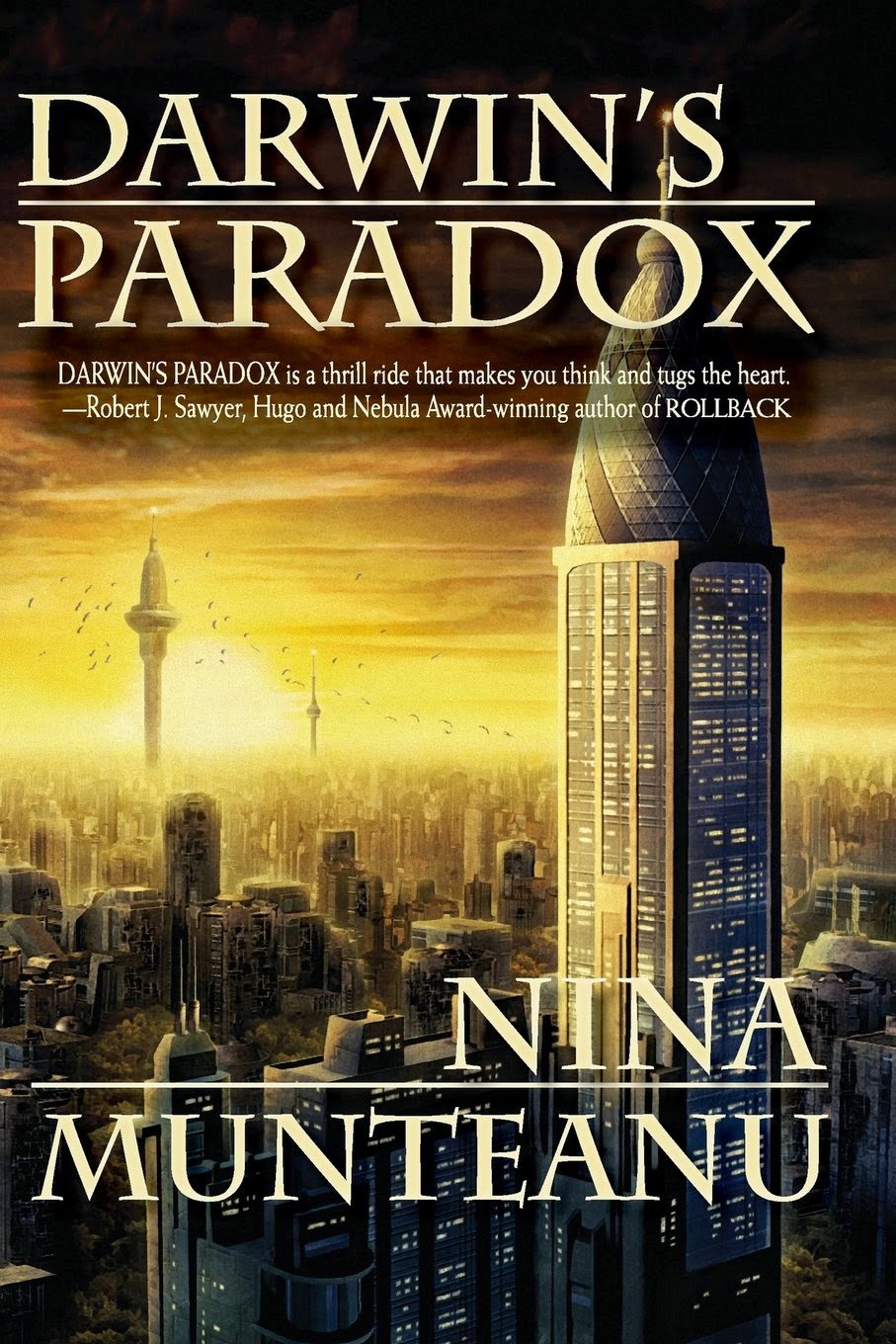 As the laminar flow spilled into riotous tendrils only to find a uniform pattern of turbulence, she was once again reminded of her father and chaos theory.   Stable chaos, he insisted, permeated everything and everyone.   Like fractals of a larger interconnected universe, each person had his or her own cycle of creative destruction to experience before merging into a greater community of consciousness.   Where was she in that cycle?   Would she be as serene when it was her time like her father was the day the Pols took him?


Thanks so much for sharing this, Monique!


Nina Munteanu is an ecologist and internationally published author of novels, short stories and essays. She coaches writers and teaches writing at George Brown College and the University of Toronto. For more about Nina’s coaching & workshops visit www.ninamunteanu.me. Visit www.ninamunteanu.ca for more about her writing.
Posted by Nina Munteanu at 9:14 PM No comments: