The word out there—at least according to The Economist Group—is that “smart is the new cool”. John Parker of Intelligent Life (sister magazine to The Economist) posits that, “in its appetite for culture, the world is wising up more than it is dumbing down.” Parker suggests in his article “The Age of Mass Intelligence” (Intelligent Life, 2008) that this apparent increase in the “mass intelligent” can be seen in the growing appeal of museums, blockbuster exhibitions, literary festivals, and operas. What he fails to mention is how the increased sales of good literature translate into actual reading and synthesis.
According to Susan Jacoby, scholar and author of The Age of American Unreason, Parker’s article exemplifies a culture-as-commodity perspective: “If we are going to more literary festivals graced with celebrities and greased with abundant alcohol, if we are spending freely in the museum shops of world capitals and if we are willing to give Anna Karenina a try because Oprah Winfrey has conferred her imprimatur on Tolstoy and his doomed heroine, why, we must be getting smarter.” Ultimately, adds Jacoby, “It is not a question of whether people read Dickens and Tolstoy, as opposed to Dan Brown and Barbara Cartland, but whether they read anything longer than the text bites that constitute "reading" on the web. I place the word in quotation marks because most of us are engaged online not in uninterrupted traditional reading but in a vulture-like swoop to gather tidbits of information.” Jacoby describes Parker’s phrase, “appetite for culture”, as not only allegorical but as symptomatic of a growing culture of addictions. Culture commoditized; something to be consumed, digested and excreted as opposed to experienced, processed and enlightened by.

“The defining phenomenon of our society during the past three decades has been the triumph of video over print culture in general, and of shorter blocks of text over longer, reflective articles. This process began in old-fashioned print media and has reached its apotheosis on the Internet,” says Jacoby.
Evidence undeniably shows that more people are being exposed to aspects of culture. Computers and now smartphones have created an “instantly accessible” information-rich society.  Eighty-five percent of young adults are smartphone owners, who use their mobile devices in a host of information seeking and transaction. A majority of smartphone owners use their phone to follow breaking news and share local events—as they happen. Buckminster Fuller observed that human knowledge doubled every century until 1900; by the end of World War II it was doubling every 25 years. It now doubles every 13 months.
Does this reflect a genuine rise in “mass intelligence” or does it simply demonstrate better marketing and an improvement by society in absorbing packaged information? Like a gestalt barometer of a culture, the story narrative reflects upon and expresses humanity’s artistic soul. The stories of a culture convey its values and qualities. And, ultimately, they carry a culture through its own evolution.
Emily Gardner of the Economist Group contends that HBO’s immensely popular medieval fantasy Game of Thrones, with its complex character plotlines, intrigue, and elegant world-building, exemplifies a rising “mass intelligent”, coined by Economist CEO Andrew Rashbass to describe a rise in the ‘nerdy’, smarter more discerning TV viewer.  Granted, the TV series, based on George R.R. Martin’s fantasy/horror book series A Song of Ice and Fire, contains intelligent characters with depth (superbly played by an accomplished cast), and some of the best world-building ever shown on TV. However, Game of Thrones also drowns these with copious graphic scenes of mutilations, dismemberments, flailing, crucifixions, castrations, beheadings and random axes in heads—not to mention ceremonious displays of these various parts. The script, though intelligent at times, is fraught with misanthropic voyeurism that borders on sociopathic. Heroes and villains alike are unceremoniously tortured, flayed alive, dismembered and worse—with no recourse for transcendence or redemption.
The producers defend the graphic brutality of Game of Thrones with the assertion that it is not a Disneyesque fairytale version of the world; rather, they meant to capture the gritty reality of the world. however, as Internet commenter Todd Geist wrote, “Game of Thrones is very compelling. But so is a train wreck.”
Good fiction—unlike a reality show—tells a purposeful story with fictional characters who play a purposeful role—usually in a journey of change and a story arc based on a meaningful theme. This doesn’t have to entail a happy ending, but it does include meaning and fulfillment—even if only for its audience. Without a meaningful arc, a character (and its empathizing viewer) remains unfulfilled. When too many heroic characters are subjected to such an abrupt ending (with their arc unfulfilled), the viewer will distrust the narrative and distance herself. Reluctant to invest in any heroic character, she becomes less story-participant and more distant-onlooker. The narrative arc, once collapsed, naturally gives way to the thrill-seeking pattern of the addict, anticipating the next thrill. Moreover, when theme-carrying characters fail to prevail, this puts into question the very theme they carry, further disassociating the viewer. This is best represented by the Stark family of Winterfell, who are all but destroyed by the second season of the show. 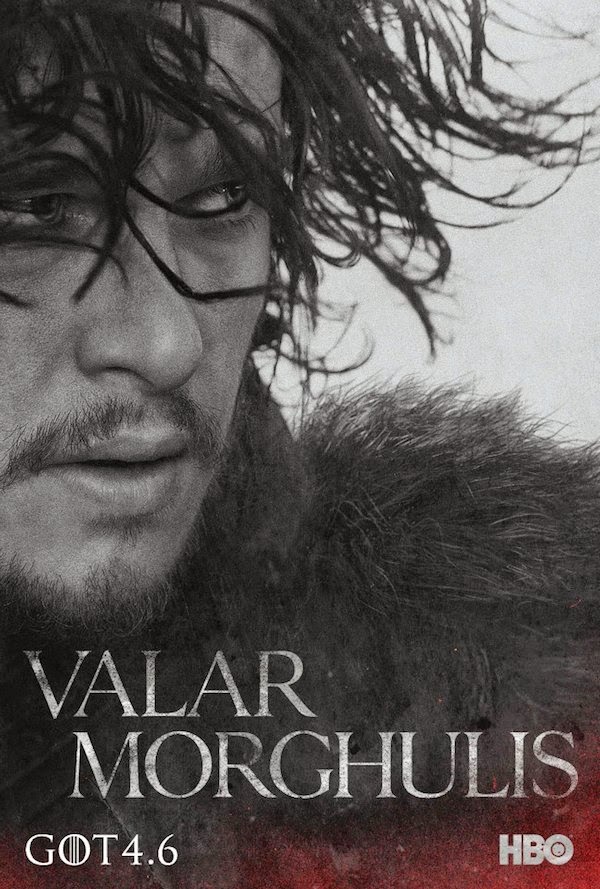 According to Tom Gualtieri of Salon, in the land of Westeros naivety is punished and cunning is more valuable than honor. “The Red Wedding, like so much that happens to the Starks, makes integrity seem like naiveté,” says Gualtieri. “The Starks’ belief in honor is a noble trait which impairs their judgment, blinding them to the treachery of others.” Gualtieri’s cynical assessment demonstrates how Game of Thrones has strayed from its initial story promise by making its theme-carrying heroes disposable.
With Season Five of Game of Thrones poised to simulcast to 170 countries on April 12, news feeds scramble with teasers to whet the unruly addiction of fans, gripped by the frenzy of the “game”.
Game of Thrones may indeed epitomize the concept of a rising “mass intelligence” with its intriguing, compact bite-sized subplots and disposable heroes. The “mass intelligent” culture prizes information over understanding and knowledge over wisdom. We empower our smartphones with an attention we fail to bestow on our friends. We are a sensory-deprived culture, addicted to piece-meal thrills and sensationalism to carry us through our otherwise meaningless days. We obsess over but dare not empathize with the disposable heroes of our stories. Our TV programs increasingly feature the gritty anti-hero (or even villain) as main protagonist. A growing discussion among those who study story challenges the Jungian-Campbell archetypal narrative of change and transcendence and favors alternative plot structures with no hero, no goals, and no achievement. “Reality shows” and fiction narrative increasingly blur as we enter the ‘zero narrative’ “Age of Mass Intelligence”.


The hero is dead, long live the hero! 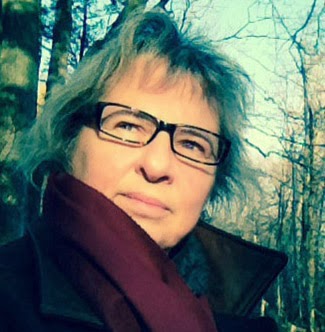 Nina Munteanu is an ecologist and internationally published author of novels, short stories and essays. She coaches writers and teaches writing at George Brown College and the University of Toronto. For more about Nina’s coaching & workshops visit www.ninamunteanu.me. Visit www.ninamunteanu.ca for more about her writing.
Posted by Nina Munteanu at 8:48 PM No comments: