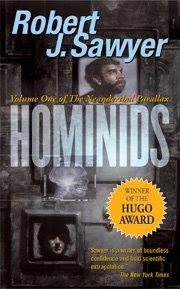 
This SF trilogy published by Tor Books consists of “Hominids”, “Humans”, and the concluding, “Hybrids”, released in September, 2003 in hard cover. Hominids won the Hugo award for best SF. The remaining two have also run as Canadian Bestsellers and were nominated for Hugos.


The trilogy explores the lives and cultures of two unique species of people, Homo sapiens and Homo neanderthalis, through the premise of existing parallel universes and what might happen if they “collided”. During a quantum-computing experiment, Ponter Boddit, a Neanderthal physicist, accidently pierces the barrier separating his universe from ours, plunging him into a land both familiar and strange. Having left behind his family, a mystery, and his colleague -- accused of murder -- Ponter’s search for home forces him to navigate his way 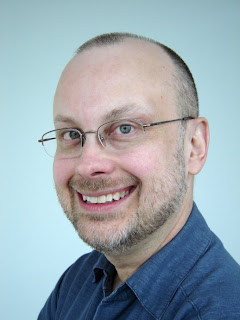 
All three books move at a ponderous pace before finally accelerating into high gear. In “Humans” this only happens by chapter 17 (about a hundred pages into the book).


Certainly Sawyer’s characters radiate warmth and evoke our sympathy, but they remain avatars to the main driver of the trilogy, Sawyer’s imaginative ideas in science and social paradigms. While there is nothing new about the idea of parallel universes, Sawyer uses it ingeniously to launch his premise, of an alternate evolution where Neanderthals inherited the “big leap forward” into higher-consciousness, in order to explore an alternate zeitgiest and to comment on our own. The world of the Neanderthals unfurls before us through the counterpoint intrigue of their universe and our own. Sawyer’s alternative societal choices, illustrated through Neanderthal culture show us by example the foolishness of some of our own paradigms, social taboos and prejudices as he explores concepts of morality, gender, faith and love. Author David Brin says: “The biggest job of science fiction is to portray the Other. To help us imagine the strange and see the familiar in eerie new ways. Nobody explores this territory more boldly than Robert Sawyer.” One of Sawyer’s most ingenius concepts is a society wherein females live together with their same-sex mate apart from males who live with their same-sex mate and then get together with their opposite-sex mate only part of each month at the right time to conceive (or not). Of course this is feasible because when women live together for any length of time, it has been shown that they develop synchronus menstral cycles. I found Sawyer’s treatment o


The writing in Neanderthal Parallax contains a fair bit of detail, such as the colour of someone’s phone or the brand of potato chips. For instance, do I need to know that Mary had “become quite taken with Upstate Dairy’s Extreme Chocolate Milk, which, like the Fabulous Heluva Good French Onion Dip, wasn’t available in Toronto”? There were also too many corny references for my taste to vernacular of our subculture, including “Star Trek” scenes. There are much more effective ways to illustrate a character’s predelictions than with clu 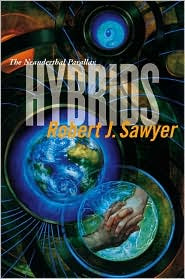 tter of this sort. In the second book, “Humans”, Sawyer’s passing reference to the demise of New York’s Trade towers appears dropped in grauitously and, I found, trivialized the tragedy as a result. While this detail was no doubt intended to enrich his created world with a sense of concrete reality (not unlike many mainstream literery works) it also threw me, the reader, out of his “fictive dream” many a time. It detracted from the story’s compelling potential and slowed the pace considerably.
There are also times when Sawyer’s research overwhelms the story with expository information. For instance, when one of his characters is brutally attacked, permanently changing their physiology and consequently their mental behavior, instead of letting us witness the transformation in the character, we are presented with copious data from the character’s own research, as if Sawyer just had to include all the research he’d conducted on the subject. This invariably reads more like a travelog, a topography of life without its depth. Those times when he seamlessly infuses information in story stand out as a result. Two examples include the utterly fascinationg discourse between Louise Benoit and Jock Krieger about CEMI theory and the conversation between neuroscientist Veronica Shannon and Ponter and Mary about the relationship of religious experience with brain chemistry, both in the third book, “Hybrids.” Sawyer seems to do best with dialogue, and some of it is clever. One example comes to mind in a scene between Mary and her Neanderthal friend, Bandra, where Mary defends Homo sapien’s right to breed: “I guess we believe that superseding the brutality of natural selection is the hallmark of civilization.”


Sawyer’s “home-spun” style has its charm, providing us with some of that connection we yearn for through his characters. Sawyer’s main characters unfold with a realism that evokes strong empathy in the reader. I like his characters, pimples and all. I particularly like how he has tapped into his geographic heritage to give us full-bodied characters with uniquely Canadian backgrounds, like Louise Benoit, the statuesque French Canadian post-doc in quantum physics. 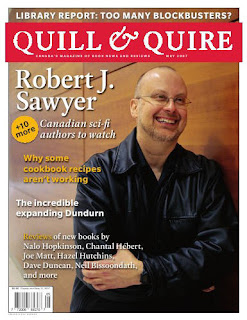 Sawyer’s greatest skill as a fiction writer lies in how he marries his ordinary people in an ordinary world to extraordinary ideas and circumstance. And it is for this reason, I think, that he time and again arouses wide public readership and continues to be nominated for and to win Hugos and Nebulas. The Neanderthal Parallax is no different. I recommend this trilogy for not only Sawyer’s interesting thoughts on paleoanthropology and quantum theory but for the questions he raises about how we define our humanity. This is good classic SF.


Canadian literature is known for its contemplative introspection. It challenges us to think beyond ourselves and our “comfortable” world and poses a warning against complacency. Sawyer’s Neanderthal Parallax incites intellectual thought and lingers like a rich flavourful coffee.

I have signed copies of the series! I liked the first book the best. The other two were enjoyable enough, but somehow didn't grab me as much, perhaps because the strength of the first novel was generated from the strangeness of the parallel universe, and that novelty was not enough to carry into the other two books.

I haven't heard of this person or book. It was very interwesting, as was your post. You do bring new people to our attention!

LOL! Thanks, Jean-luc! Well, Robert J. Sawyer is also a Canadian and we are proud of him. I'll be reviewing another famous Canadian's work in a few (Margaret Atwood)... She also writes science-fiction--er--speculative fiction!

Hey, neat that you got signed copies, Jen! I still have to get mine signed! Maybe at the next Vcon! See you soon, by the way (at Fantasy Con!)

p.s. I just wanted to add that this series provides some great discussion issues on current and controversial social issues. It would make a perfect platform for a bookclub discussion, science fiction or not, particularly on topics of religion, spirituality, gender roles, and sexuality. Wonderful stuff! Sawyer is phenomenal in this.

Having read the series, I'll say your reviews are bang on! These books would be interesting to discuss in a group. I discussed it over Tim's coffee with a friend, and it went on for hours. Keep the review coming...I love reading, and good books are not always so easy to find.

Cool, Kaslkaos! That is precisely what a good book or series should do--generate much discussion! Now, you've made me curious about what you discussed; there is much to discuss in that series.

And, yes, I will certainly keep the reviews coming! (movies, books, and even music!)