In Chapter Three of his exquisite book, "The Origins of Virtue: Human Instincts and the Evolution of Cooperation", Matt Ridley recounts the tale of Tosca, the heroine of Puccini's opera of the same name. Faced with the terrible dilemma of her lover Cavaradossi condemned to death by Scarpia, the police chief, she is offered a deal: if Tosca will sleep with Scarpia, he will save her lover's life by telling the firing squad to use blanks. Tosca decides to deceive Scarpia by agreeing to his request, but then stabbing him dead after he has given the order to use blanks. She does so, but Scarpia chose to deceive her too: the firing squad does not use blanks and Cavaradossi dies. Tosca commits suicide and they all end up dead.


In the motion picture Casino Royale (off stage, during Jame's torture scene), Vesper pretty much faced the same "Prisoner's Dilemma" as Tosca did: to save James Bond's life (and possibly hers, at least for the moment), she made a deal with SPECTRE. She, too, attempted deception against SPECTRE (though it was a feckless attempt) and dared hope for h 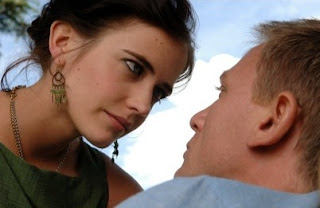 appiness (if brief) with James. But all too soon, SPECTRE caught up with her and she knew she had to go through with her bargain, hoping they would spare her but knowing in her heart that she was heading to her death. What of that torture scene in which LeChifre offered Bond a deal to save Vesper (actually to kill her quickly and spare her the agony of torture) if Bond gave him the information he needed?...The concept of a "Prisoner's Dilemma" applies wherever there's a conflict between self-interest and the common good...where collective and individual interests are in conflict. Which way did James Bond go? How did he decide?


What's interesting is that in single encounters of the "Prisoner's Dilemma", the outcome is usually driven by selfishness and distrust. Players are usually encouraged to defect and deceive out of self-interest; just like Tosca and Vesper tried and failed to do. The outcome is entirely different when the game is played more than once. Game theorists found that frequent repetition of the encounter encouraged cooperation. With "the shadow of the future" held over each player, a new game emerged, "Tit-for-Tat", which relied on the consequence of reciprocity. In the system described by "Tit-for-Tat" the long-term reward of cooperation outweighs the short-term reward of defection. This is what Matt Ridley calls reciprocal altruism and apparently humans are particularly well suited to it, being gregarious and choosing to live in a society where repeated encounters among ourselves promotes cooperation. Reciprocity permeates our language and our lives: "dept, obligation, favour, bargain, contract, exhange, deal..." Simpler life forms also engage in reciprocal altruism, as Lynn Margulis pointed out in her discussions of endosymbiosis and evolution through cooperation.


In my book, "Darwin's Paradox", one of the characters, Gaia, brings up a grissly example of reciprocal altruism to demonstrate a point to Julie Crane, the main character. Gaia's story centres on vampire bats. These delightful creatures spend the day in hollow trees and at night in search of large animals whose blood they quietly sip from small cuts th 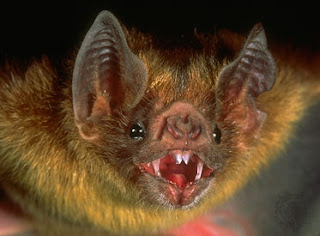 ey've surreptitiously made. Bats don't usually return sated, many times failing to get their fill or in finding prey at all. However, when a bat does get a meal, it usually drinks more than it needs and the surplus is typically donated to another bat by generously regurgitating some blood. Why donate at all? Bats live for a long time and roost together; they also typically groom each other and can tell if someone has a distended belly of unshared blood. A bat that has donated blood in the past will receive blood from the previous donee; a bat that has refused blood will be refused, in turn. Tit-for-Tat. A bat that cheats is soon detected and ostracized and will likely starve to death. Reciprocity rules the roost.


The Concise Oxford Dictionary defines Altruism as: "regard for others as a principal of action; unselfishness". 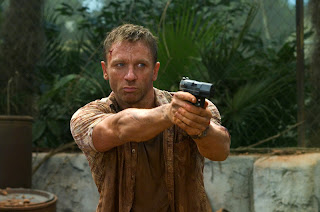 So, is James Bond an altruist? You decide. I've made up my mind...

Posted by Nina Munteanu at 8:37 PM

hey! i'm going to cali this weekend and won't be back until september...here is the website i was talking about where i made extra summer cash. Later! the website is here

Wonderful two part piece, Nina. Your book must be quite something.

In the end I guess you have to know James' motives to say whether or not he's a true altruist. Is he really doing what he does for Queen and country or is he basically an adrenaline junkie out for a fix?

Personally, I think the character goes deeper than that. He denies himself real human connection to keep himself in the position he's in. There are undoubtedly perks (women, gambling etc..) but ultimately it's a pretty lonely existence.

I do think James Bond is an altruist. A flawed one, but one nonetheless.

Bond is actually a complex character and while at times his behavior may have altruistic overtones, it hardly qualifies him as an altruist. If anything, he is a confused, tortured soul, sometimes driven by revenge, sometimes by service to country, sometimes out of a selfish need for action, and sometimes out of self preservation.

I guess it depends on your definition of an altruist...

I never thought of it that way. I've read both your James Bond posts and really enjoyed them.

I have often gotten the idea that all Bond has is his job -- though we really don't know who he is putside of work, but his preoccupations are pretty much anti-life building. He gambles, but not to aquire wealth, etc. So, either we can say that he does the job because it's all he feels able to do, or we can say that he feels this is the only way he can redeem himself, by being the one to step up and do the sort of thing that needs done?

So yeah, I think I'll go with altruist. :D

Interesting thoughts, Cindy. I kind of agree with you. As Vester so astutely said of him to his face, Bond is a maladgusted guy, looking for something to believe in. I think that the character, particularly as Ian Fleming envisioned him in Casino Royale, is a man trying to do good in his own way.

I just stumbled over your post by googling "Tosca" and "fanfiction" - a weird experiment, but seeing as I'm currently in an obsessive phase with my favourite opera I gave it a try.

Anyway, your post made my day. For not only do I love Tosca, I'm an avid fan of Bond (especially the darker side of him, as portrayed in the books and the Casino Royale film) as well, and have been fantasising about how the two could come together ever since reading about the possibility of Bond 22 using the Bregenz Tosca stage as a set for one scene.
And now I found somebody else has had the same thoughts*, albeit in a different context, and that just, as I said, made my day.
There's probably no need to tell you that it was well-written and insightful, but I'll do so anyway.

This is a well written article. But I have one problem:

"She, too, attempted deception against SPECTRE (though it was a feckless attempt) and dared hope for happiness (if brief) with James. But all too soon, SPECTRE caught up with her and she knew she had to go through with her bargain, hoping they would spare her but knowing in her heart that she was heading to her death."


What makes you think that the organization behind Le Chiffre and Mr. White is SPECTRE? Has it ever been confirmed by EON Productions?

Yappy: thanks for the note! Cool about them using the Bregenz Tosca stage in Bond 22! I didn't know that...glad you liked the post.

Juanita: well...I have my information...If I told you my source, well, I'd have to kill you... :) So I won't...actually, I made an assumption based on an article (I think it may even have been an interview with Eva Green) where it was alluded to that this was the case...Anyway, we will find out soon enough, when the next Bond movie comes out...