The Samaritan Paradox Revisited: The Karma Ran Over the Dogma

Scientists have long puzzled why in a so-called “survival of the fittest Darwinian world” perfect strangers “paradoxically” volunteer to help others even when such aid may come at some cost to themselves.

Scientists and philosophers from the fifth century to the present day (e.g., Augustine of Hippo, Michal de Montaigne, Thomas Henry Huxley and Richard Dawkins to name a few) have contended that humankind’s goodness is just a veneer over a morality that is rotten and self-serving at its core. Some suggest that no act of “unsolicited pro-sociality” (“other-regarding preferences”) can be characterized as wholly unselfish. There is always something to be gained from the act, they insist, even if it is only to “feel good”.

In the Primiere January 2005 issue of Scientific American Mind, Ernst Fehr and Suzann-Viola Renninger published an article entitled “The Samaritan Paradox” that discussed experiments they conducted with University of Zurich students. In April of 2010, I had the opportunity to hear Fehr recount his experiments at the Mind and Life Conference attended by the Dalai Lama in Zurich and his position had not changed.

Briefly, the experiments investigated student’s reactions to “cheaters”, in which participants rewarded cooperation and punished those who defected, even when it was costly to do so. Researchers defined the latter action as true altruism, based on the apparent “sacrificial” nature of the punisher’s actions. Is the act of punishment true altruistic behavior, though? This strikes me as being more tit-for-tat, what many term “reciprocal altruism”, and the result of one who has followed the rules of engagement and feels righteous outrage. I contend that the punisher’s motivation arose from “self” rather than out of “selflessness”; it reminds me of the peeved “sandbox” attitude: “If I have to do it, then you have to as well.” 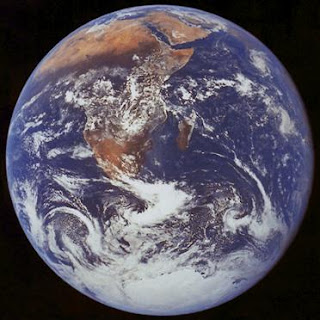 In his 1976 book, The Selfish Gene, evolutionary biologist Richard Dawkins challenged readers “to teach generosity and altruism, because we are all born selfish.” He argued that, “We are survival machines—robot vehicles blindly programmed to preserve the selfish molecules known as genes.” This argument promotes the notion that altruism is nothing more than disguised egoism, that philanthropy is less the expression of love than the cool calculation of the entrepreneur seeking future profit by clever public relations: something akin to the tit-for-tat fair-play “altruism” displayed by the university students of Fehr and Renninger's experiments.

Fehr and Renninger disagreed with Dawkins’s cold conclusion about humanity and suggested that their experiments provided evidence that humans may be born with the potential to be selfless, that “our genes even guide us toward such behavior”. While I don’t think their experiments have shown this, I do agree with their assertion (but based on other evidence).

However, Fehr and co-researchers—rightly or wrongly—went on to state in their article that “a body of evidence supports the notion that Homo sapiens is the only species capable of strong altruism.” This was based, they said, on a significant number of laboratory experiments conducted by economists and social scientists from a new branch of research they called “experimental economics”. I must question this conclusion when absolutely no evidence for this was presented in their article (which focused entirely on human experiments), nor did they provide sufficient documentation for defining “strong altruism” on what is surely a continuum. The article opened with a similar unsubstantiated statement (“humans alone extend altruism beyond kin, frequently helping perfect strangers for no obvious reason.”) The conclusion that animal altruism starts and ends with kin was not proven, nor is it, in my opinion, an accurate assertion. Several anthropologists argue that morality and true altruism are qualities limited to humans as a result of learned behavior and cultural ethics. I found the experiments upon which they based their conclusions less than convincing and ironically came full circle with the cynicism of the Dawkins camp. 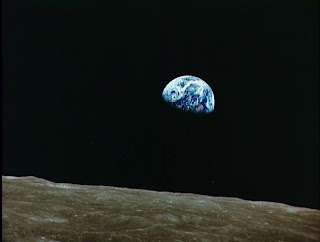 Why do we feel the need to exclude the rest of the animal world from this beautiful (and divine) trait, so much so, that researchers make grand claims based on limited to faulty experiments and in other cases overlook other evidence? This, particularly when a significant body of evidence exists to prove otherwise (see my previous post entitled “What Altruism in Animals Can Teach Us About Ourselves”, where I do provide evidence and examples from various researchers).

What are we afraid of?

While I find growing arguments for human innate virtue heartening, I wonder with dismay at our continued exclusionary viewpoint. Why must humans be continually viewed as separate from the rest of the planet? If we’re good then why must we be the only ones that are good? It isn’t a contest…

The authors ended their article with this statement: “In an age of enlightenment and secularization, scientists such as Charles Darwin shocked contemporaries when they questioned the special status of human beings and attempted to classify them on a continuum with all other species. Humans were stripped of all that was godlike. Today biology is restoring to them something of that former exalted position. Our species is apparently the only one with a genetic makeup that promotes selflessness and true altruistic behavior.” (italics are mine).

It is important for us to recognize that ALL life is capable of true altruism, not just humans. Itt is time that we recognize the virtue of the entire planet. It’s time we respect the complex ecological network that is Gaia, and our place in it, if we—and the planet—are to survive. We can be special without it being at the expense of other beings. Surely we are big enough—and special enough—for that.

Several years ago I read an interesting article by acclaimed science author Greg Bear. I knew I was hooked when he ended his first paragraph with: “the touting of one view of evolution, the so-called neo-Darwinian redaction, and its unique labeling as "scientific," and the contrasting of that view with only one other view, Creationism, rankled me.” Here’s what Bear says and it's really all about self-limiting perception:

The "selfish gene" is certainly a valid concept in some instances, but not in the vast majority. Rather, because genes rely on interaction with many other genes-hundreds in some cases-to be effective, they are less like competitive rogues than tame office-workers. The "social gene" becomes a better model. And in fact the social aspects of the genome have been championed for decades by brave molecular biologists and geneticists, including Lynn Margulis.

Altruism in societies [not just human societies] is well demonstrated, and rationally quite defensible. That genes operate in their own societies, and that species both compete and collaborate in those larger societies called ecosystems, functioning as nodes in an extended neural net, makes … cooperation and altruism far more tractable.

…I do not think that we can any longer support random mutation as the sole cause or even the major cause of variation. Darwin himself deliberately avoided subscribing to chance as the sole cause of variation, thus leaving the actual cause to be discovered in the future. Later generations leaped in well before the facts were available, and cemented the hypothesis, slowing the pace of biological discovery by actively discouraging alternatives…

The paucity of hypotheses in biological science may be something of an intellectual crime, perpetrated by academics protecting their own fiefdoms against assault by barbarian unbelievers-hardly an atmosphere in which to raise and tutor new generations of biologists.

These bills are now coming due... "Emergent properties," "complexity," and other buzzwords arouse my suspicions because they could serve to hide our ignorance of the basic processes at work in cells, organisms, and throughout nature-processes very similar to the processes in our own brains. These processes involve the encoding of information in morphologically based neural networks, where the "neural nodes" can range from genes to organisms in a species to species in ecosystems, and the use of that information to alter patterns, structure and behavior.

…A key question is whether genetic processes are formally describable, as some systems biologists believe, or more closely related to natural languages, as some computer programmers believe.

Information theory will be a rich lode for the exploration of all these topics…We know the brain works. We know that ants and bees cooperate to solve problems beyond the individual. We know that bacteria form complex communities, social groupings, as in biofilms, to take advantage of resources or face environmental challenges. Community interaction and problem-solving seems to be a key behavior in nature, as important as competition.

What most researchers are seeing, around the world, is this: Too few genes, too much interaction, too much intergenomic activity, and rapid adaptation, much of it, perhaps most of it, highly regulated and organized…There may indeed be teleological and intelligently directed evolution… DNA itself may be creative, and in its own way, goal-seeking and problem-solving.

What does any of this have to do with altruism and shared altruism in all life? Read again and this time look outward, beyond the limits of your traditional learning.

Greg Bear is a New York Times bestselling author of more than thirty books such as Darwin’s Radio, Quantico, Vitals, Blood Music, the Forge of God, and Mariposa. Bear has served on political and scientific action committees and has advised Microsoft Corporation, the U.S. Army, the CIA, Sandia National Laboratories, Callison Architecture, Inc., Homeland Security, and other groups and agencies.

I keep seeing these groups trying to score points off each other, without thinking of the wellbeing of the collective world.

LOL! Very well said, Jean-Luc....I agree. Everyone appears so obsessed with pushing their dogma, they forget the reality of the experience and the good that is to be had...